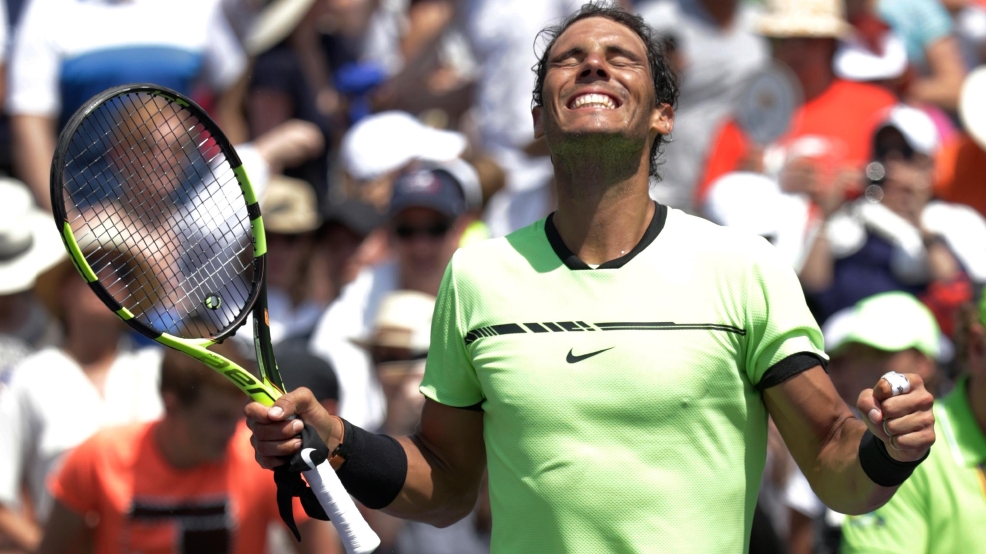 Nadal One Step Closer to His First Miami Open Title

KEY BISCAYNE, Fla. -- No. 5 seed Rafael Nadal is hoping the fifth time's a charm as he aims to win his first Miami Open title after four attempts.

The Spaniard defeated unseeded Fabio Fognini in straight sets 6-1, 7-5 on his way to his fifth Miami Open final.

Nadal cruised through the first set in just 25 minutes, taking it 6-1. In the second set, the Italian sort of found his groove back as he fended off breaks points in the third game, and stayed toe-to-toe with Nadal until the 11th game where Nadal broke to go up 6-5 and wrapped up the match.

"But when you don't convert opportunities you're in trouble, and that's what happened. Especially with these conditions out there, a lot of wind. And with Fabio, who is a player that he is able to combine great points with mistakes then, you know, the match became strange, not a lot of rhythm, and then end of the second set was tough."

Nadal did not face a breakpoint, while Fognini saved five of the eight he faced. On the aces department, Nadal had six versus Fognini's five.

The Spaniard was a runner-up in 2005 against Roger Federer where he lost after being up 2 sets (back then they played five sets), 2008 to Russian Nikolay Davydenko, 2011 to Novak Djokovic, and 2014 to Djokovic again. This is one of the few big tournaments that the former No. 1 has not won.

"I don't think that's going to affect in terms of helping me to win or helping me to lose," said Nadal, referring to his four final losses. "That's a long time ago. Last final was in 2011 I think, and it's not about if I never won a Masters 1000 and you play five finals and you lost all five, no?

The No. 5 seed now awaits the winner of his good friend and long rival Roger Federer and Nick Kyrgios. Federer has won both matches he and Nadal played this year--he topped Nadal in the Australian Open final and in the fourth round of the BNP Paribas Open.

"It's great to be in the final for me," said Nadal. "For me doesn't matter the opponent. I am happy to be in that final again, and I am excited to play another final of on important event.

"So if it's Roger, going to be another one for both of us, and that's it. Just another one," he concluded nonchalantly.

But for us fans, it's not just another final. We will now await with bated breath to see if we're going to have another Federer-Nadal final.