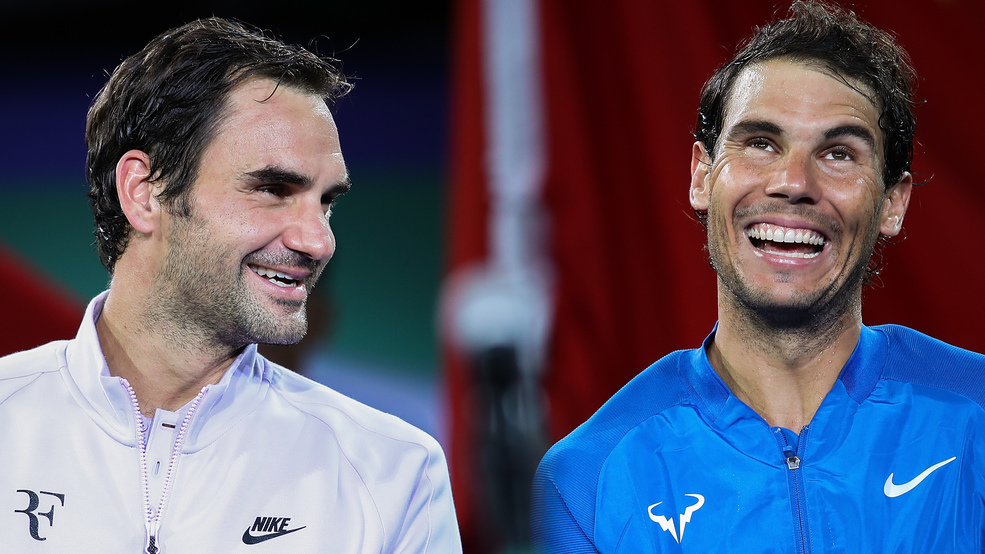 Sock Joins Nadal, Federer, the Bryan Brothers and Other Stars in London to Compete in Round-Robin 2017 Championships

LOS ANGELES, Nov. 7, 2017 – For the first time since 2011, there is an American singles player at the Nitto ATP World Tour Finals, live on Tennis Channel Nov. 12-19. Jack Sock qualified for the year-end championship by winning the Rolex Paris Masters this past Sunday, and will join all-time stars Rafael Nadal and Roger Federer in London next week. The network’s coverage of the Nitto ATP World Tour Finals begins Sunday morning, Nov. 12, and will again be the top television home for the annual season-ending event. Tennis Channel will have live action each day of the eight-day competition between the top-eight singles players and doubles teams in tennis this year. Live matches will run throughout the day, followed by encore coverage each evening until play begins the next morning. The network will have 50 live hours and more than 150 overall to the ATP’s most exclusive tournament, with all but three of the 27 matches live.

As the year’s most successful players vie for the 2017 singles or doubles crown, Tennis Channel’s typical daily lineup begins with a doubles match each morning at 7 a.m. ET, immediately followed by singles play at 9 a.m. ET (a complete schedule is below). This same format continues later in the day from 1 p.m.-5 p.m. ET, before a primetime recap of the entire day’s action begins at 5 p.m. ET, with encores throughout the evening up until the next morning’s telecast. The first day of coverage will begin immediately following the conclusion of Tennis Channel’s live Fed Cup final broadcast, which features the United States against Belarus.

From London’s O2 Arena, the Nitto ATP World Tour Finals brings the men’s tennis season to a close, and features the top-eight singles and doubles points earners of 2017. Singles players are split into two groups of four, and play in a round-robin format where each player plays everybody in their division. The top seed in each group with play the second seed in the other group in a single elimination semifinal with the two winners facing-off for the championship on Sunday, Nov. 19. The doubles tournament follows the same format. At the year-end championship, the top players in the world compete against each other every day, creating an atmosphere and common to the late rounds of the sport’s four Grand Slams.

Jack Sock joins a singles draw that features two of the best players in tennis history – Nadal and Federer – alongside a new generation of rising stars. Nadal and Federer are both having stellar seasons, winning two Grand Slams apiece and, in the case of Nadal, already clinching the year-end No. 1 ranking. Others who have punched their tickets to London are 2014 US Open champion Marin Cilic along with Alexander Zverev, Dominic Thiem, Grigor Dimitrov and David Goffin. The doubles field includes possibly the greatest doubles team ever – American twins Bob and Mike Bryan – as well as Lukasz Kubot-Marcelo Melo, Henri Kontinen-John Peers, Jean-Julien Rojer-Horia Tecau, Jamie Murray-Bruno Soares, Ryan Harrison-Michael Venus, Pierre-Hugues Herbert-Nicolas Mahut and Ivan Dodig-Marcel Granollers.

Tennis Channel’s 2017 ATP World Tour Finals Schedule (All matches are live unless otherwise indicated with * for same-day delay. + indicates coverage will begin following the conclusion of the Fed Cup final):

Tennis Channel (www.tennischannel.com), which is owned by Sinclair Broadcast Group, is the only 24-hour, television-based multimedia destination dedicated to both the professional sport and tennis lifestyle. A hybrid of comprehensive sports, health, fitness, pop culture, entertainment, lifestyle and travel programming, the network is home to every aspect of the wide-ranging, worldwide tennis community. It also has the most concentrated single-sport coverage in television, with telecast rights at the US Open, Wimbledon, Roland Garros (French Open), Australian Open, ATP World Tour events, top-tier WTA competitions, Davis Cup, Fed Cup and Hopman Cup. Tennis Channel is carried by nine of the top 10 video providers.

About Sinclair Broadcast Group, Inc. (Nasdaq: SBGI)
Sinclair is one of the largest and most diversified television broadcasting companies in the country. Pro forma for the Tribune acquisition (before any related divestitures) the Company will own, operate and/or provide services to 233 television stations in 108 markets. The Company has multiple emerging networks as well as stations affiliated with all the major networks. Sinclair is a leading local news provider in the country and a producer of live sports content. Sinclair’s content is delivered via multiple-platforms, including over-the-air, multi-channel video program distributors, and digital platforms. The Company regularly uses its website as a key source of Company information which can be accessed at www.sbgi.net.