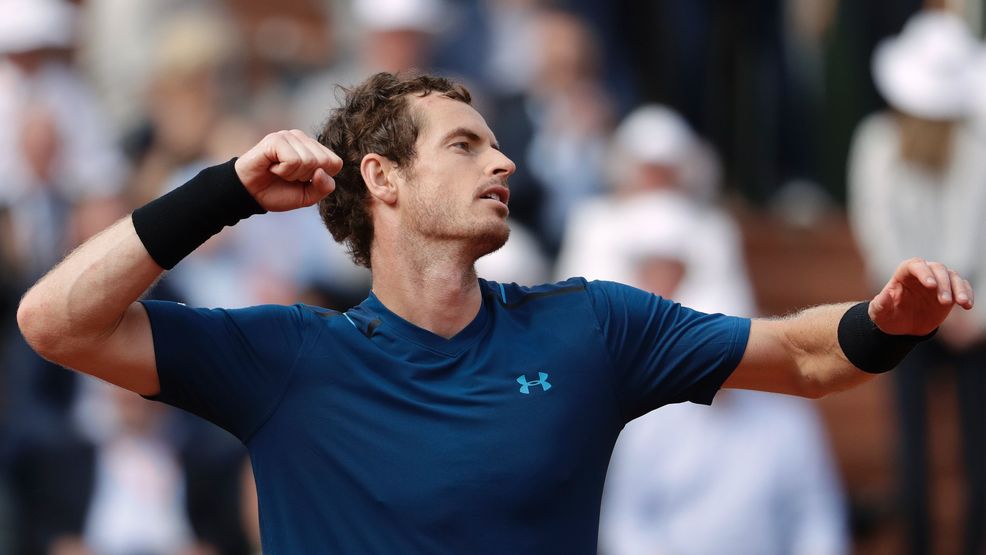 PARIS -- After two big upsets (Johanna Konta and Alexander Zverev) on Philippe-Chatrier Court earlier on Tuesday, top seed and 2016 finalist Andy Murray avoided the same fate as he escaped an upset after giving up the second set. He regrouped in the third and never looked back, taking the match in four sets 6-4, 4-6, 6-2, 6-0 over No. 73 ranked Andrey Kuznetsov.

Murray, who's had an underwhelming season so far, is hoping to turn his season around as he has suffered hard losses these past five months, starting with a fourth round exit in Melbourne in January.

In his match today, Murray looked good in the early stages, just needing one break to take the first set. The second set was a different story as Kuznetsov started to play aggressively, outplaying the top seed. Realizing the danger, Murray turned things around, giving up only two games in the last two sets.

"Last year was a great year for me, you know it was the best I ever played," reflected Murray on his final run, where he was up a set before losing to Novak Djokovic . "Here at the beginning of my career I struggled. But each year I kept coming back and was trying a little bit better and last year was really good.

"And last year during Bercy that's when I reached No. 1 for first time, so I've got very good memories from Paris last year, and I'll try and have another good one year this year."

Murray has only won one title in 2017. After being knighted in New Year Honors for his spectacular 2016 (and his charitable work), he reached the final of Qatar Open where he lost to Djokovic. He then lost to Mischa Zverev in the fourth round of the Australian Open, won in Dubai in February, followed that win with a second round exit in Indian Wells, pulled out of Miami Open with elbow injury, lost in the third round of Monte Carlo, lost in the semis of Barcelona, and was not able to defend his Madrid and Rome titles, bowing out early in the third and second rounds ( respectively).

Up next for Murray is Martin Klizan in the second round.

Earlier today, Rome Open winner and outside favorite Alexander Zverev was upset in his opener by Fernando Verdasco in four sets 6-4, 3-6, 6-4, 6-2.