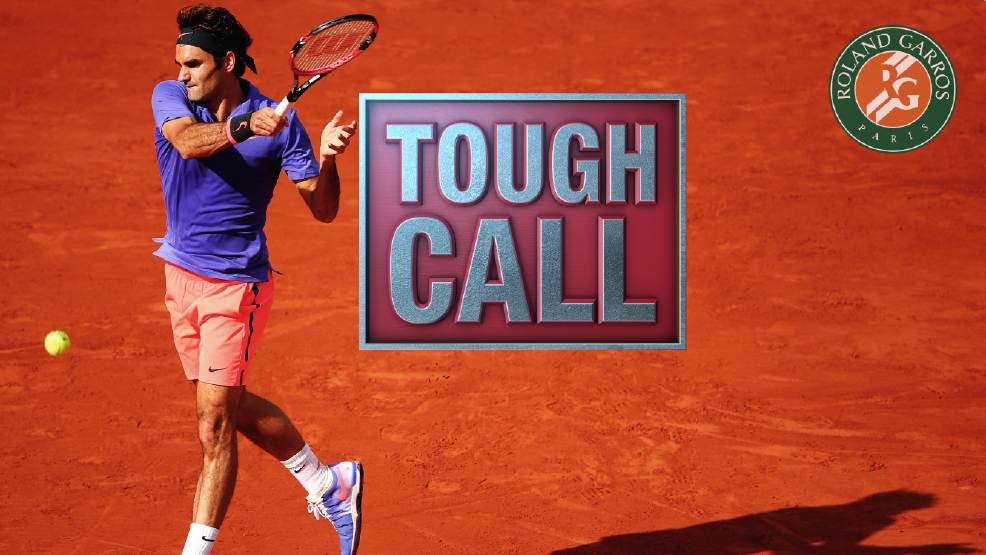 - His focus at this point in his career is winning majors, so why skip any major?

- If he wins, it’ll be his 19th major and the second leg of a Calendar Year Grand Slam.

- He missed Roland Garros last year so will only be adding points onto his ranking.

- It’s his worst major, but he’s done very well there before (one title and four finals).

- He’ll have had two months off the tour so he’ll be fully rested and recovered.

5 REASONS FOR FEDERER TO NOT PLAY ROLAND GARROS

- He could skip his worst major to focus on his best major, Wimbledon.

- He’ll have missed the clay court lead-up, so it’ll be harder for him to win there anyway.

- He could transition straight from hard to grass (easier than hard to clay to grass).

- He could make sure he avoids injuring himself during best-of-five play on clay.

- He can relax as the rest of the field wears themselves out then pounce at Wimbledon.

In my view, unless he changes his mind and plays in Rome, Roger Federer should not play the French Open. Without any tournament preparation, he would risk an injury or a surprising loss. He achieved an almost miraculous triumph at the Australian Open after six months away from the game, but at least then he competed in the Hopman Cup. He ruled in Melbourne on fast hard courts, a far cry from the slow clay of Roland Garros. Federer should save himself for the grass court season and a serious pursuit of an eighth title at Wimbledon.

Federer said he would play in 2017 only when he felt like he could be the “real me”in other words, only when he’s rested and at full strength. By entering Paris, he'll risk getting injured or worn down before Wimbledon. But that risk is worth the possible reward. With his three wins over Nadal this year, and with Djokovic and Murray struggling, Federer has a real chance to win the French. He can’t pass it up.

Who in tennis is bigger than Federer? In 2017, only the sport itself surpasses its greatest star. Which is why Federer’s presence is needed in Paris. Title contender or not, it’s a bad look for the game if its top draw and runaway player of the year can’t find it within himself to play for a week or two at one of the game’s four pillar events. An early-round loss won’t sully his season or legacy, and the only way he can outdo himself at this point is towait for itbeat Rafa at Roland Garros.

Federer has played just four events this year, so he’ll certainly enter the French Open well rested, both mentally and physically. Of course, he doesn't have much left to prove in his career, but no one can argue against the fact that the one-time Roland Garros champion still has work left to do in Paris. He's 0-5 against Rafael Nadal on Court Philippe Chatrier; that should be motivation enough to return.

If Federer wants to maintain his winning record and a shot at winning his 19th slam, skipping Roland Garros is the way to go. He was smart enough to forego the lead-up tournaments to avoid the clay court grind, considering his age. It makes a lot of sense for him to just segue into grass, where he's had a lot of success. Besides, the Roland Garros-Wimbledon back-to-back schedule can be brutal to a 35-year-old body, so why risk the injury?

Without question. Federer already cemented his status as the GOAT in January with his 18th major title, and reminded us that he’s superhuman in winning a Slam at 35 after six months off the tour. It’s all gravy from here, isn’t it? By Roland Garros, he won’t have played a match in two months, so he should be fresh. He’ll also be playing with house money: Rafa will be the favorite after his brilliant clay season. With limited pressure and every chance to win, it’s a no-brainer.