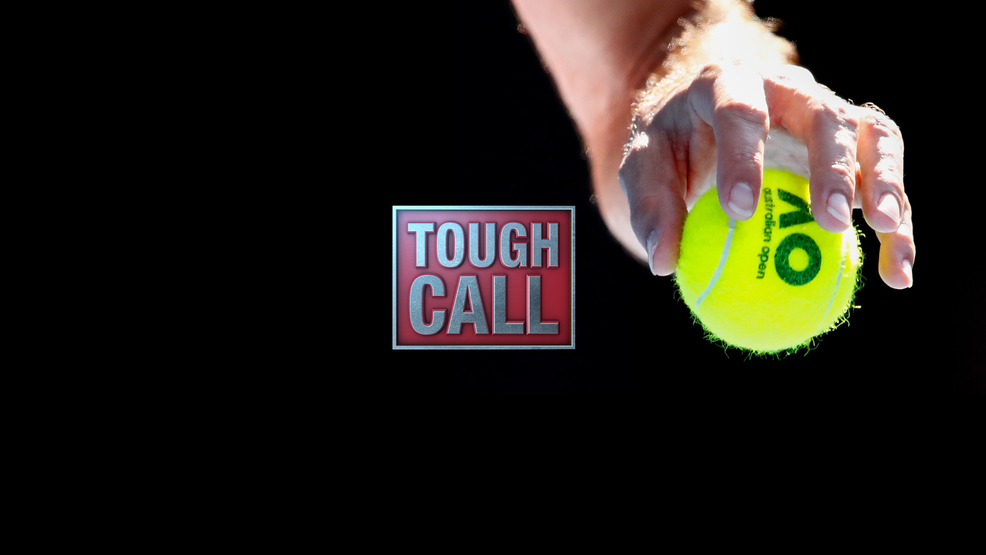 Tough Call: Will Someone Other Than Roger Federer Win the 2018 Australian Open?

Here is this week's edition of Tough Call. Will someone other than Roger Federer win the 2018 Australian Open?

~ He’s 8-1 against the rest of the final four combined: That entire head-to-head is against Cilic, though, his only loss in nine career meetings against the Croat coming in the semifinals of the US Open in 2014 (he’s never played against Chung or Edmund).

~ He hasn’t lost a set this tournament (everyone else in the final four has been pushed to five sets at least once - Edmund has actually played two five-setters to get here).

Three Reasons Someone Other Than Roger Federer Will Win The 2018 Australian Open:

~ Cilic is dangerous: He’s one of only two players outside the Big Four to win a Grand Slam title this decade, doing it at the 2014 US Open (Wawrinka has won three majors).

~ Chung and Edmund could be dangerous for Federer in particular, given either (or both) of them would be a first-time match-up for the 19-time Grand Slam champion.

~ Federer has all the pressure right now: Not just because he’s by far the most decorated player in the final four, but he’s also the defending champion at the Australian Open.

STEVE TIGNOR: No
I'd like to say there is still some suspense left in this year's men's draw, but it's hard to find it, or even imagine it. Hyeon Chung and Kyle Edmund are playing their first major semifinals, and we saw what happened the last time Marin Cilic played Federer in a Grand Slam final, at Wimbledon. Cilic may be desperate enough to redeem himself if they meet again that he makes this one a match, but Federer will still be the overwhelming favorite.

STEVE FLINK: No
My answer is an emphatic no!. The only player left who can topple Federer is Cilic, but he would have to replicate his 2014 U.S. Open semifinal performance against the Swiss. If Cilic reaches the final, I would give him about a 35 to 40% chance to beat Federer. All things being equal, though, Federer will take this title for the sixth time and secure his 20th major.

ZACH COHEN: No
Federer was picked by a majority of us to win before the tournament and that’s not going to change with Nadal, Djokovic, Del Potro, Kyrgios and Dimitrov all watching from home. The 36-year-old also happens to look pretty damn good at the moment, as he hasn’t dropped a set in the tournament. As long as he can stay healthy, the trophy is his.

ED MCGROGAN: No
Chung and Edmund are just starting out their careers, but they might not ever have better chances to win a major than now. For all Federer has done this fortnight, he's still giving his South Korean opponent 15 years in age, and Edmund may have the biggest shots of anyone left in the draw. But experience is an asset late in Slams, and Federer has more of it than anyone. Cilic, a possible final-round opponent for Federer, knows that all too well.

ASHLEY NDEBELE: No
It was written before the tournament began and nothing is going to change that. This is one of those rare occasions where the favorite horse crosses the line first without being challenged. Federer hasn’t been tested in his last five matches and all he’s seeing now is the finish line. Without Nadal on the other side, Federer will most likely breeze past his next two matches to lift his 20th Slam.

NINA PANTIC: No
He was the favorite (for many) ahead of the fortnight's start and he's certainly the favorite now. Cilic will hopefully fare better than his Wimbledon final performance but he’s going to be no match for an in-form Federer. It’s incredible to see Chung and Edmund making major moves, but they have never been to this stage before. The 36-year-old should sweep through his next two matches for Grand Slam No. 20.