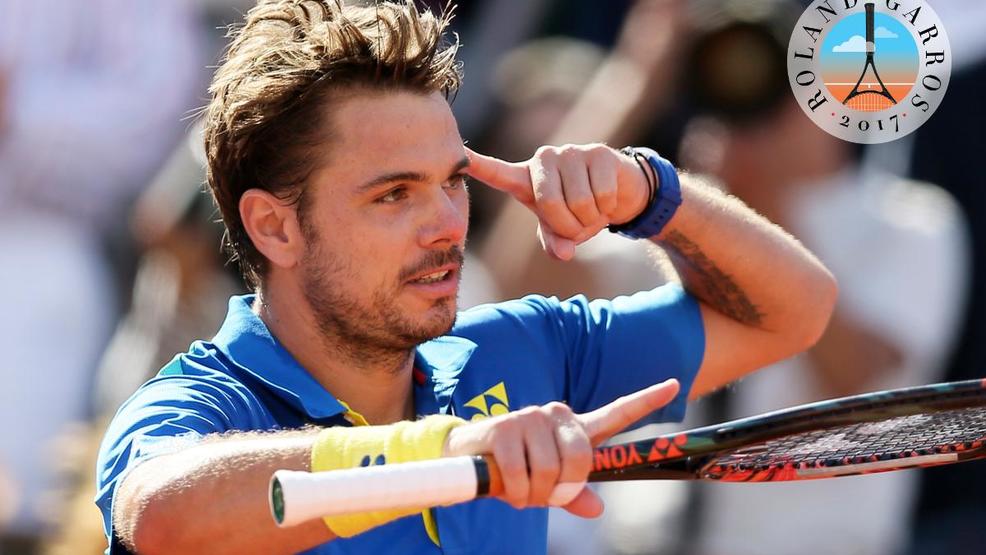 PARIS -- In a rematch of the 2016 semifinals of Roland Garros, No. 3 seed Stan Wawrinka avenged his loss on Friday as he beat top seed Andy Murray to advance to his second Roland Garros final.

The 32-year-old drew first blood in the first set but Murray clapped back, leveling the set 4-4. The set was sent to the tiebreak where the top seed seized the opportunity and grabbed the first set.

Not discouraged by the first set loss, Wawrinka took charge of the second set, closing it out 6-3. He had a lead in the third with an opportunity to go 2 sets but the Scot wasn't having it as he denied Wawrinka that lead, and subsequently taking the set 7-5. The fourth set was sent to the tiebreak, where Wawrinka dominated and never looked back, losing only one game in the fifth.

Murray looked really spent in the last leg of the match as his body language gave him away.

"Well, he played obviously better in that set," said Murray referring to the last set where Wawrinka ran to a 5-0 lead. "I lost a little bit of speed on my serve which wasn't allowing me to dictate many points on my own serve. Yeah, that was it. I mean, he obviously hit some greats shots in the fifth, but, you know, I didn't keep the score close enough to sort of put him under pressure. It's a lot harder to pull off some of the shots that he was hitting at the end if the score was a bit closer and wasn't able to do that."

Despite losing the match, this was Murray's best showing in a long time. He's had an underwhelming 2017 after a stellar 2016, which saw him lift his third Grand Slam title in Wimbledon and the year-end trophy which came with the No. 1 year end ranking. To make matters worse, he's had to deal with an elbow injury, that forced him to withdraw from Miami Open after a bad showing in Indian Wells.

"Well, I'm proud of the tournament I had, said Murray. "I did well considering. You know, I was one tiebreak away from getting to the final when I came in really struggling. So I have to be proud of that.

"Maybe the lack of matches hurt me a little bit in the end today. You know, that was a very high intensity match. A lot of long points. When you haven't been playing loads, you know, over four, four-and-a-half hours, that can catch up to you a little bit. So, you know, I only have myself to blame for that, for the way I played coming into the tournament.

"But, you know, I turned my form around, you know, really, really well and ended up having a good tournament, all things considered," said Murray.

He now heads home to the grass court swing, where he'll have the opportunity to defend his Wimbledon title.

Get Tennis Channel Plus for Roland Garros to watch 200 live matches from up to five courts on any streaming device, on mobile, always on the GO