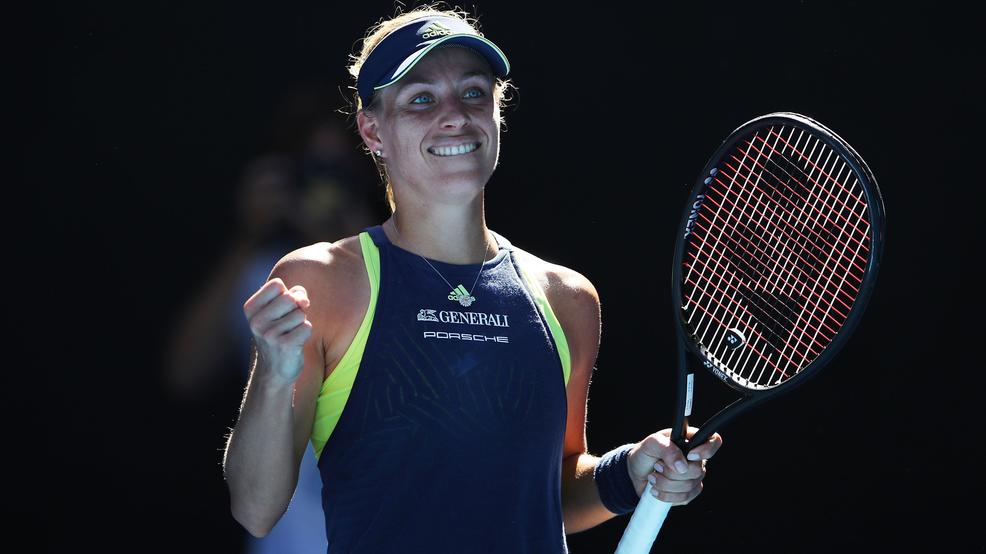 MELBOURNE — Whoever invented the drop shot was a genius. In a sport where depth and power have historically told the tale, the drop shot is capable of tilting the table. Add to that what was in play today at Melbourne Park: on-court temperatures north of 100 degrees, the first signs of the oven-like conditions that transform the courts from a kindly blue to a new form of tinted hell.

A word Australians use to describe a certain brand of functional player: handy. Certainly one who can deploy the drop shot well fits that category. So it was that with 2016 Australian Open champion Angelique Kerber serving at 4-2 in the first set, her opponent, 52nd-ranked Donna Vekic, trotted out more drop shots than you’ll often see at a Sunday morning match between two NTRP 3.5 players. In each rally, they were preceded by deep, flat groundstrokes, with Vekic attaining the exceptional length that has long made her a player of intrigue.

“She was fighting,” said Kerber. “I was expecting this, that she is playing good tennis. I was also expecting that she will play a lot of dropshots.”

Vekic won that game, then held for 4-all. Unquestionably she’d received a thorough scouting report from her coach, Torben Beltz, previously for years with Kerber.

As Kerber noted, “I was just trying to focusing more on my game because I know if I will overthink everything, I know that Torben coach her right now, so I just stayed on my side in the court.”

On Kerber’s 30th birthday, was the celebration about to be sullied? No way. Kerber’s resolve stiffened, her own forceful mix of drives and movement taking her back on top to hold and break Vekic at love to win the opener, 6-4.

But it was our friend the drop shot that told the tale of this match—specifically, two of them. Vekic served in the second at 1-2, 30-40. Such wise tacticians as the late Pancho Segura always advised that the tension of a break point usually made a drop shot an ill-advised choice. But Vekic discarded that advice, in this case telegraphing her intent so obviously she might have given Kerber her FedEx number. The drop shot was too high and too deep. Kerber ran it down and curled a Martina Navratilova-like backhand slice down the line. All Vekic could do was lob long and hand Kerber the break.

Still, as demonstrated in the first set, Kerber’s serve is hardly one that inspires confidence. But a deadly forehand—that off, down-the-line one Kerber strikes like a dart—and a blistering crosscourt backhand helped bring Kerber to 40-15. This was the kind of score advantage Segura loved, the one with enough mental and physical wiggle room. Kerber struck the drop shot. Though Vekic ran it down, her reply had so little force on it and Vekic had gotten so close to the net that all Kerber had to do was loft her version of the recreational player’s Sunday morning lob. Kerber, 6-4, 6-1.

Memory is an odd attribute. Two years ago here in Australia, Kerber commenced a career year. Then had come 2017, the German falling not just out of her longstanding spot in the Top 10, but even out of the Top 20. Now it was a new year, one that had seen Kerber win her first title since that magical 2016.

“I’m feeling the tennis again,” said Kerber. On a day of celebration, Kerber, next up versus Maria Sharapova, was primed to tilt a saying from the ‘60s on its head. This time, trust anyone over 30.