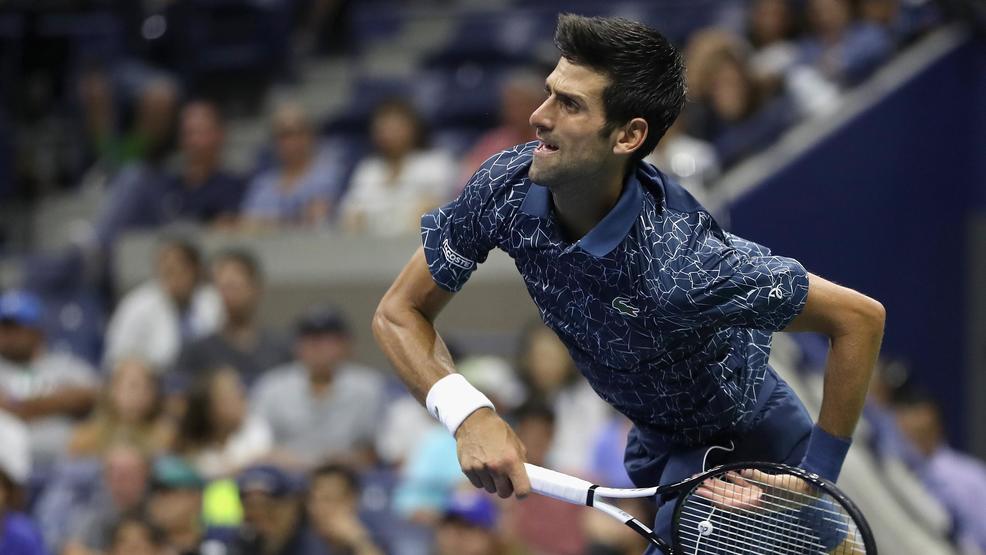 Joel Drucker: As Richard Gasquet Saw First Hand, the Novak Djokovic of Old Is Back

NEW YORK—Several years ago, a tennis father I know refused to let his son learn the two-handed backhand. He insisted that the boy be taught a one-hander, as in the father’s eyes the one-hander was a far more elegant shot. And shouldn’t tennis, as such a sporting endeavor, devote itself to the pursuit of beauty?

To which I wanted to reply—but bit my tongue out of respect for the father-son dynamic—that such thinking was hopelessly deluded. Since when should a competitive endeavor be subject to aesthetic evaluation? What I would hope to tell the son: you are under no obligation to earn style points. Your mission is to be effective. Pursue craftsmanship and skill. And beauty? As a song once declared, that’s just some people talking.

Which brings us to Novak Djokovic’s 6-2, 6-3, 6-3 win over Richard Gasquet in the third round of the US Open on Saturday night. Begin with an English professor’s pet topic, the compare and contrast; in this case, their respective backhands. On a solo basis, posed for photographers, Gasquet’s is one luscious stroke. In any given match, he will likely crack one so crowd-pleasing that you’ll think it a shame that the Frenchman earned only one point for such a gem.

But if Gasquet’s backhand provides the occasional spark, Djokovic’s two-hander is the eternal flame—unquestionably one of the finest in tennis history. The stroke’s greatness comes not just from its singular effectiveness—depth, power, placement—but also from the way it is so seamlessly integrated into Djokovic’s entire game.

This was clear quickly tonight, when Djokovic broke Gasquet at 1-all in the first set and handily went on to take it, committing only five unforced errors in a 37-minute opener. It was comprehensive and calm, the Serb playing the kind of airtight tennis he’s played frequently since his resurgence at Wimbledon earlier this summer. Depth off the ground, superb movement, the occasional drop shot: they were all on display, but also in a self-contained manner. The pounding continued immediately in the second set, Djokovic taking Gasquet’s opening service game and soon going up 4-1.

Meanwhile, there was Gasquet, 1-12 versus Djokovic, his only win coming in 2007. In the ten matches since, Gasquet had won but a single set. Would he try something different this evening? No. Gasquet has carved his own fine career, earned nearly $17 million in career prize money, won 15 ATP World Tour singles titles, established a fine place for himself in that senior management ranking level of No. 10 to 30. Tennis has been very good to Richard Gasquet. And to think, my friend would add, he has that pretty one-hander too.

So there was little new Gasquet dared to bring even when deeply down. (In future matches versus Djokovic, would he value that tonight he’d gone 25 of 29 at the net?) His best opening came in the second set. But with Djokovic serving at 4-2, 15-30, Gasquet closed out a 13-ball rally by declining to come forward earlier in the point and instead ended up driving a backhand into the net. Djokovic held in that game and soon wrapped up the set on his first set point.

The third set largely went the same way, Djokovic in this case breaking at 2-2. On both of Djokovic’s next two service games, Gasquet held break points. The first, with Djokovic serving at 3-2, ad out, was extinguished in a remarkable manner. Gasquet, at the net, sharply clipped a backhand volley crosscourt. Djokovic, elastic like no one tennis has ever seen, twisted himself into it just enough to throw up a lob, Gasquet netting the overhead. Another break opportunity came when Djokovic served at 4-3, ad out. This time, Gasquet hit a forehand into the net.

Though Gasquet fought off two match points at 3-5, 15-40, on the third he was but witness to a Djokovic backhand winner. Was it a case of a senior manager moving out of the way for a CEO? Or simply, one man’s skills being just slightly better than those of a well-respected peer?

It’s impressive to see Djokovic so formidable yet again. Discourse about backhands is one thing. Tennis’ real mystery, be it art or science, poetry or philosophy, contained in drills or in dialogue, is in the ability to identify and perhaps even widen those thin margins that separate confidence from despair. For nearly two years, the world has witnessed Djokovic on the other side of the line. Now he has crossed back over. If my friend could explain how that works, I guarantee I’ll have no need to bite my tongue.