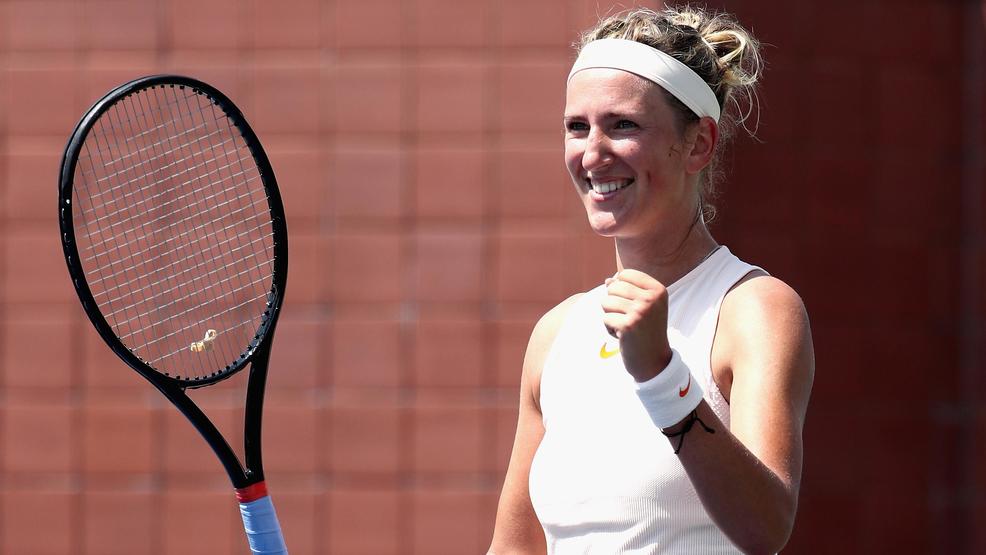 Joel Drucker: Azarenka Flashes Championship Form in Win over Gavrilova at US Open

NEW YORK—The 79th-ranked woman in the world beat the 25th seed. But given the two players involved, only someone who’d never heard of tennis would consider it an upset.

Court 17 was the setting for a second-round match between the 79th-ranked Victoria Azarenka and 25th-seeded Daria Gavrilova. As fans poured into the cozy court prior to the match, Michael Jackson’s “Thriller” echoed over the speakers; in theory, at least, a hopeful omen of what might happen. With these two never having played one another, with Azarenka still searching for the form that had once taken her to number one in the world, with Gavrilova known to occasionally show a pleasing range of tactics, the pre-match mood was one of uncertainty and curiosity.

Azarenka rapidly dispatched any such inquiry. For all the complications that have cluttered her journey—controversy about grunting, a custody battle—once the match begins, Azarenka can display exemplary focus. Added to that is the way she can smother opponents with her backhand and commando-like footwork.

So it was that Azarenka broke Gavrilova in both of her opening service games to take a 3-0 lead. Seven inches shorter than the 6’0” tall Azarenka, Gavrilova had fallen prey to a principle my Tennis Channel colleague Martina Navratilova once told me. At the lower levels of the game, it’s all about skill—footwork, technique, even tactics. But among world-class players, everyone has those qualities. Hence, a cruel reality: You can’t teach height.

As rally after rally ensued, it was clear that this was a match between a heavyweight and a middleweight. Azarenka was constantly in control of the court, mostly with depth and reasonable pace. It took her just 36 minutes to snap up the first set 6-1. Yet while Azarenka earned credit for her forceful play, the demerit here goes to Gavrilova. What truly was her plan for disrupting Azarenka? Did she surely think she could outhit Azarenka? Where was the slice backhand and occasional net attack that has made Gavrilova quite engaging?

Predictably, Gavrilova altered her tactics only when he had two fingertips hanging off the ledge. With Azarenka serving in the second set at 3-1, Gavrilova mixed in a few slices and struck enough big forehands to get back on serve. It was fascinating to see pros make the same alterations and fall prey to the same momentum swings that bedevil us civilians.

But then, with the chance to level the set and at last create some tension for Azarenka, Gavrilova faltered. At love-15, she netted a benign forehand pass and let out an enormous scream. Forget Vika the Shrieker. Call this, Daria’s Aria. And even though Gavrilova struck two aces from 15-40 down in this 2-3 game, Azarenka dug in, on the next two points winning both rallies off her weaker flank, the forehand. The next eight points also went Azarenka’s way, Gavrilova feebly poking a backhand into the net, her last of 27 unforced errors (to just 12 for Azarenka). Azarenka had won, 6-1, 6-2.

Unfortunately for the curious, this match hardly gave an indication of Azarenka’s form. It has now been five years since her best days, those 51 weeks in 2012 and ’13 when Azarenka held the number one ranking, won a pair of Australian Opens and twice reached the US Open singles final, losing to Serena Williams each time in three sets. Like Maria Sharapova, Azarenka is a player who over the last two years has staged a comeback. But also like Sharapova, it has yet to go as successfully as hoped. There have been flurries—such as winning the “Sunshine Double” of Indian Wells and Miami back in ’16—but not yet the superb Slam results.

“I don't remember how it felt before,” said Azarenka today, “because it feels like it's been a really long time ago. But I always love coming to New York. I always feel a special energy.”

More vivid to Azarenka are memories of coming to New York for the first time nearly 20 years ago. She was a 10-year-old then, all by herself, arriving in New York, on her way to Florida to play a series of international junior tournaments. But before the journey south, there came a trip to Manhattan. The young girl from Belarus kept looking up at the buildings, one skyscraper after another. Surely she had no idea then that she would rise every bit as high in the world of tennis.

And now, she once again has no idea what’s to come. Instead, Azarenka must rely on a newly acquired attribute born of meetings with lawyers: patience.

“But I tell you that patience wasn't my choice,” she said. “It was forced on me. But I'm glad it did, because it pushes me to improve.”