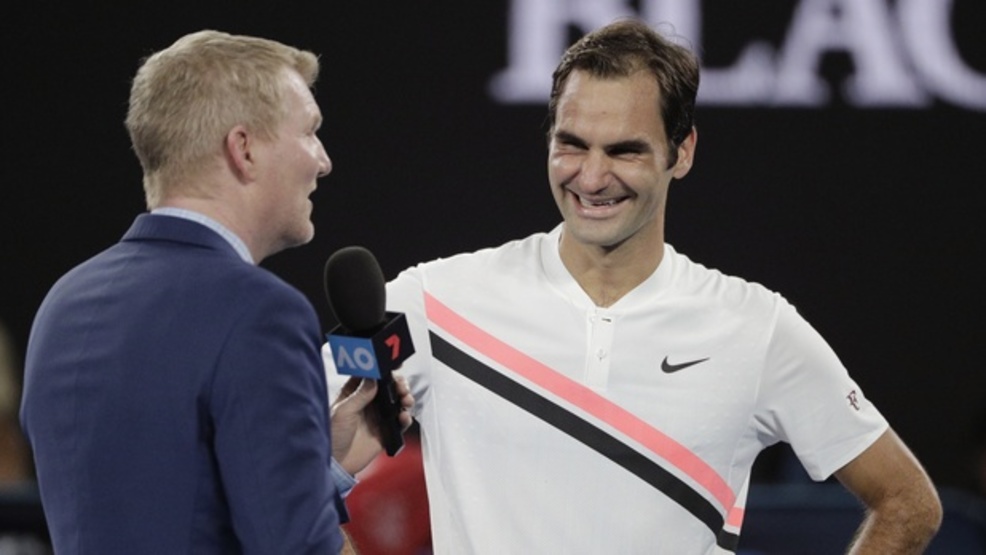 MELBOURNE—Elastoplast is an Australian-based website that offers tips about woundcare, footware, beauty and, in the site’s words, “your active life.” According to Elastoplast, “Blisters form on hands and feet from rubbing and pressure.”

The blister that had formed on Hyeon Chung’s left foot prior to his Australian Open semifinal against Roger Federer was certainly one factor in play. This painful injury forced the 21-year-old to retire when trailing 6-1, 5-2. Even worse, it was learned after the match, this was one of those blisters below blisters below blisters, where even steps such as shaving it off and injections fail.

Then there was the blister created by the pressure Federer applied right from the start. Though Federer was aware of Chung’s injury prior to the match, Federer pointed out afterward that, “I played the first set without feeling him having really that many issues.”

As you might expect, Chung and Federer had never played one another. Of course, Chung had seen more of Federer than the opposite. But if you’re Federer, graced with the widest array of tools tennis has ever seen, it hardly takes much time to commence the probe with the alacrity of a dentist inspecting a child’s teeth within weeks of Halloween. Any cavities will rapidly be detected.

To watch Federer is to witness a rare competitive mix: tranquil intensity. Jack Nicklaus, Joe Montana, Steph Curry are a few of the other athletes that also have this quality. It appears so natural, as if the competitor merely slid out of the womb. But let’s recall that once upon a time, even the young Federer was rather moody as he sought to reconcile lively ball-striking with composure.

Chung served the opening game, rapidly went down 15-40, fought back to deuce, but then lost the game. The final point saw Federer mildly rifle a forehand half-volley from the baseline with exquisite nonchalance.

The games piled up smoothly for Federer, his typical eclectic range at once ripping drives into corners and tipping Chung into errors. Here a Federer serve that was in by millimeters. The darn short crosscourt slice that seems so innocent, but is in fact a diabolical conspirator. And always, the forehand that is unquestionably one of the nastiest, most powerful, controlled and whipped shots in tennis history.

“In the beginning, I was trying to keep the points short,” said Federer. “If I had to extend the rallies because he was doing a nice job of staying in them, you know, we'll have some tougher rallies early on. I thought that was not a bad thing for me either.”

Serving at 1-5 in the first set, Chung fought off four set points. By that stage of the set, though, Chung was playing more to get some skin in the game and build a smidge of momentum for the second. But on set point number five, Federer read Chung’s down-the-line backhand so easily you’d think they were drilling rather than competing. From there, a cross-court forehand winner to end the first set in 33 minutes.

Business as usual continued for Federer in the second set. It appeared as if Chung had no real plan for disrupting Federer other than to drive groundstrokes, mostly crosscourt, occasionally down-the-line. Federer had woven his usual web.

Chung, about to serve at 1-4, summoned the trainer. Three games later, Chung served at 2-5, 30-all, netted a backhand, and tapped out. It had only taken 62 minutes. As Federer conducted his post-match courtside interview with Jim Courier, he said he was “incredibly happy to be in the finals—but not like this.”

Chung’s world has been changed massively by this fortnight. In the wake of a tough exit, he maintained the sanguine manner that has endeared him to the world throughout this run.

Federer spoke highly of Chung’s possibilities. But he was also reluctant to shackle him with that externalized notion known as expectations.

“A lot of experts, such called experts, said I was going to be world No. 1, win everything,” said Federer. “In a way it's funny and cool, but it's not so cool in hindsight Afterwards, anything you achieve is normal. I find it disappointing. Getting to No. 1, winning Grand Slams, winning Masters 1000s, it ain't normal. It's extraordinary.”

Federer is aware that he is both genius and freak. The deceptive part is that he explains it so calmly. Here is the entire world, running at warp speed, tied ceaselessly to smartphones and text messages and the need to get somewhere—and then there is Federer, right where he should be.

Leave it to Federer to have even gone off on a vacation last November to the Maldives, a spot 5,000 miles from where he lives, and end up spending time with his upcoming opponent, Marin Cilic. Apparently, Federer had arrived on the island first and soon be informed of Cilic’s imminent arrival. Said Federer, “I was like, ‘Oh, that's cool.’”

“We also met up later for drinks, met his fiancée,” said Federer. “We had cake together, my whole family and him. We had a good time.”

Mirka, could you please pass the Linzer torte to Marin?

Win or lose versus Cilic Sunday night, everything for Federer these days is just one more helping of dessert.