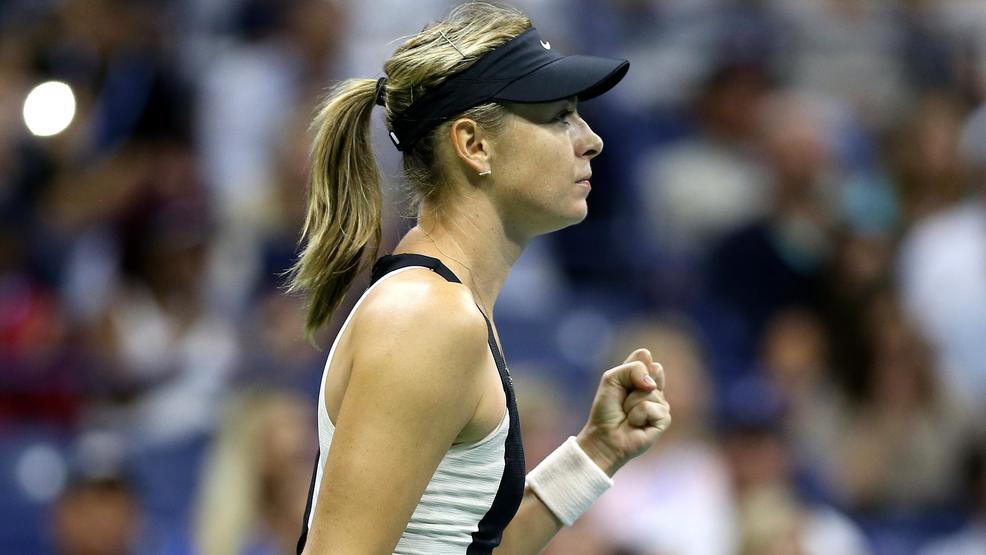 NEW YORK, NY - SEPTEMBER 01: Maria Sharapova of Russia celebrates during the women's singles third round match against Jelena stapenko of Latvia on Day Six of the 2018 US Open at the USTA Billie Jean King National Tennis Center on September 1, 2018 in the Flushing neighborhood of the Queens borough of New York City. (Photo by Alex Pantling/Getty Images)

Joel Drucker: Clash of the Titans: Sharapova Subdues Ostapenko at US Open

NEW YORK—In at least one household, for some youngster, Jelena Ostapenko is not just a well-liked tennis player. She is a superhero—fearless, confident, always willing to strike big and bold no matter what danger she might encounter. Don’t adjust. Dominate. It must be this way, again and again and again.

To which the older sibling would reply: Get over it. I’ve had all of that with Maria Sharapova for as long as you’ve been alive. Take your little Jelena—four inches shorter than the 6’ 2” Sharapova—and shut up. I’ll do the grunting.

This was the sibling squabble afoot that made tonight’s third-round match between the 10th-seeded Ostapenko and 22nd-seeded Sharapova so intriguing. While in most cases, stylistic contrast generates the most interest, there come rare moments when the playing styles-temperaments are so similar that it can be eerily compelling. Back in the ‘70s, this was the case when Chris Evert came across a woman eight years younger than her almost to the day in my Tennis Channel colleague, Tracy Austin. If the rallies in these matchups have a repetitive aspect akin to the movie Groundhog Day, I’ll note: I liked that movie very much.

The only previous Ostapenko-Sharapova match had been in Rome earlier this year, Sharapova squeaking it out, 7-5 in the third. Would another dramatic slugfest ensue tonight? For make no mistake, sheer power would mark virtually every rally. Watch these two play and you enter the silo of breathtaking ball-striking, repetition, relentless inner belief and, sadly, far more skill moving east-west across the baseline than north-south to the net. The way Ostapenko and Sharapova play is 180 degrees removed from the interactive, layered manner that makes the likes of Roger Federer, Martina Hingis, Justine Henin, John McEnroe and Martina Navratilova—to cite just a few—so engaging.

WATCH—Daily Mix from Day 6 at the US Open:

But certainly there is much to be said for sustained firepower and raw confidence. The hope was that this might engage like one of those monster movies, two killers throttling each other, knocking over buildings and destroying cars. And throughout this match, there were numerous smash-mouth rallies, the two trading the kind of blows that indeed support the notion that tennis is a form of civilized boxing.

Alas, the fight went off-balance early and stayed that way the whole time. Sharapova took command, going up 5-1 in the first set. And though Ostapenko fought off two set points to crawl back into the set and serve at 3-5, she then played a miserable game, making three consecutive groundstroke errors to go down love-40. On that third set point, Ostapenko stumbled forward for a Sharapova let-cord return. Utterly out of her element in the net area, Ostapenko could only witness a lob that soared over her for a winner.

Set two commenced with four straight service breaks. Little changed tactically from the Ostapenko end. How could it? She has been taught little more. Then again, neither has Sharapova.

But at 2-2, Sharapova gained the critical hold that would put her ahead and end up playing the best Grand Slam match she has played all year. Serving at 2-3, 30-40, Ostapenko double-faulted. Sharapova rapidly went up 40-love on her serve and closed out that game with a 106-M.P.H. ace down the T.

With Ostapenko serving at 2-5, 30-40, the end was representative of the entire match: a forehand lined into the net, Ostapenko’s 41st unforced error of the night (to just 18 for Sharapova). Throughout the entire match, Sharapova had proven much more adept at tracking Ostapenko’s down-the-line barrage and redirecting the ball crosscourt. Fancy that—Maria Sharapova, sensible elder. Or, as her admirers would counter: once a superhero, always a superhero.