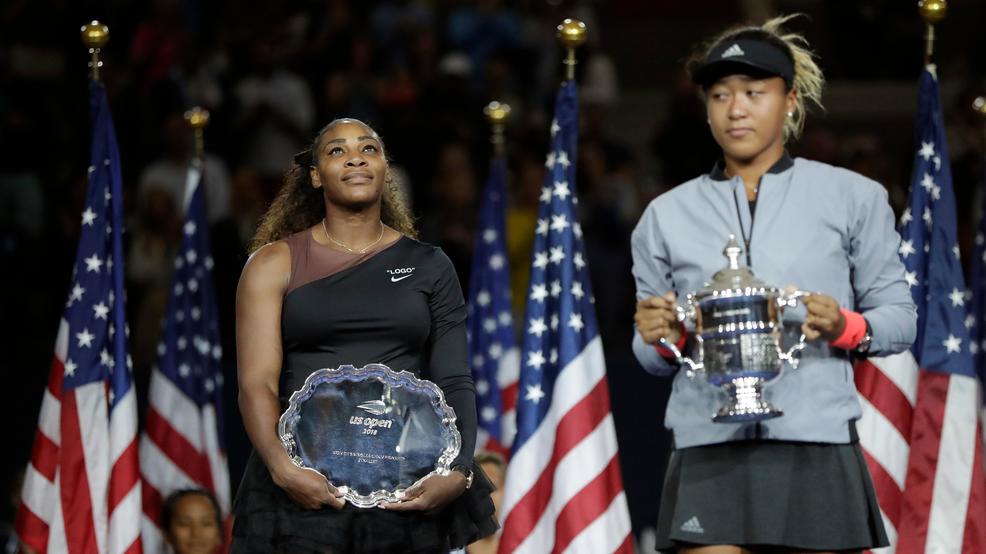 NEW YORKYou never know quite how a player is going to handle her first Grand Slam singles final, but Naomi Osaka could not have expected it to go like this.

Her 6-2, 6-4 win over her idol Serena Williams was overshadowed by drama between Williams and the chair umpire, Carlos Ramos. Early in the second set, the 23-time Grand Slam champion was given a warning for receiving coaching from her player box. She reacted defensively but, in an interview with ESPN after the match, Williams' coach Patrick Mouratoglou admitted to doing it. Williams then received a point penalty for racquet abuse after smashing her frame, and then a game penalty for verbal abuse at 4-3 down after a lengthy exchange with Ramos.

The trophy presentation was awkward, to say the least, with the crowd booing over the alleged injustice. Both Williams and Osaka shed tears. But, to focus only on the drama that ruined the finale would be wrong, as Osaka put up an impressive performance to become the first Japanese Grand Slam singles champion in history.

Up against her idol, would the 20-year-old be so intimidated that she would be steamrolled? Or at this early stage of her career, having never even reached a Grand Slam quarterfinal prior to this tournament, would Osaka feel carefree and merely swing with abandon?

From the start, Osaka demonstrated exceptional power, precision and accuracy. But even more, amid the guaranteed Williams counterattack and the maelstrom of extracurricular commotion caused by Williams’ interactions with Ramos, Osaka’s poise under pressure was even more impressive. Given how much she had contained herself inside the lines, it made sense that Osaka felt so teary throughout the post-match awards ceremony.

From Williams’ vantage point, surely it was disconcerting to encounter a player who had borrowed so many pages from her playbook, from the surefire groundstrokes to the big serves, early returns and rattling passing shots. The all-around, brutalizing power Osaka displayed reminded me of the way Marat Safin had toppled Pete Sampras in the 2000 US Open men’s final.

Perhaps the X factor in the tactical department was the presence of Osaka’s coach, Sascha Bajin. Having once upon a time been Williams’ hitting partner, Bajin surely briefed Osaka in depth about every one of Serena’s tendencies-and not just with shot selection. Osaka’s most masterful work in this match was the way she managed her energy in between points. She delicately picked at her strings, occasionally gave a small fist pump and, notably, held her nerve through Williams’ heated dialogue with the officials.

After the scoreboard changed to 5-3 with a game penalty in place and the many, many boos died down, Williams held handily for 4-5. Osaka put her closing ability to the test by showing nerves of steel and the poise of a great champion to seal the victory.

So have we witnessed the changing of the guard? Unquestionably, Osaka has the tools for more victories. But then again, given all that happened in this match, Williams will likely be more motivated than ever to assert herself at the majors. We await the generational tussle.