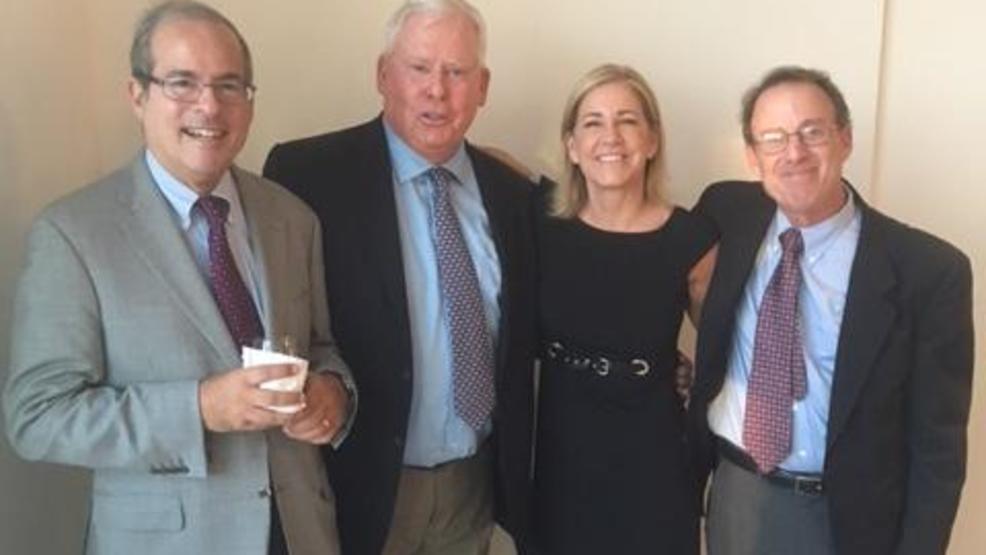 This piece begins at 5:30 a.m. on a Friday morning inside a hotel room in Newport, Rhode Island, a short distance from the International Tennis Hall of Fame. I have come here this weekend for the Rolex Hall of Fame Enshrinement Weekend, to honor great players Andy Roddick, Kim Clijsters and Monique Kalkman-van den Bosch, as well as the accomplished writer, my dear friend and fellow Tennis Channel colleague, Steve Flink; and the amazing teacher, another close mate, the late Vic Braden.

But in some ways this trip began more than 44 years ago, in the living room of the three-bedroom apartment my family occupied in the flat lands of West Los Angeles. For reasons that will become apparent, I can cite the exact day.

It was December 7, 1972. I sat on a chair, reading the book, “World of Tennis ’72,” authored by a future tennis Hall of Famer, John Barrett. I was 12 years old, and loved chewing through these kind of mini-encyclopedia-like books.

“Hey, guess what?” I asked my older brother, Ken. “Tomorrow is Julie Heldman’s birthday. She’ll be 27.” Heldman was one of the top ten players in America. She also had a distinct cachet, as her mother, Gladys, was the founder and editor-in-chief of the sport’s preeminent publication, World Tennis, a magazine I devoured the minute it arrived at our house.

Ken and I had been playing tennis for a year, had attended a tennis camp run by Tony Trabert, himself a Hall of Famer who would shortly become CBS’ lead tennis analyst and, soon after, the US Davis Cup captain. Ken was 16, by far the more natural athlete. Once or twice a week he’d drive us to Douglas Park in Santa Monica, beat me handily and then he’d order a Coke, I’d have an orange soda and we’d share an order of onion rings.

After I’d told him about Heldman’s birthday, Ken said, “You know.” Then he paused. “If you played tennis a little more than you read or talked about it, you might one day become a good player.”

He had a point.

Maybe even then, though, my fate had crystallized. Sure, I would play tons of tournaments, captain my high school team and be a plausible tennis player; still, yes, light years from even being a Division I college player. Fair enough.

For me, the active study of the game – history, texture, styles, strokes and strategies – has become not just an avocation, but a devout livelihood, a way even to participate in the sport. Forward now to Saturday, July 22. It’s noon and the induction ceremony is about to begin. In the present, my mind turns back, to the twined professional and personal connections I’ve formed with each inductee.

“Watch this girl, she’s a real athlete – a mover and a hitter.” The speaker was Billie Jean King, so when she told me during an HBO Wimbledon production meeting to pay attention to the 16-year-old from Belgium, I jumped. It was Clijsters, making a splash at Wimbledon in 1999 with a win over a formidable opponent, Amanda Coetzer.

There was a tap on my shoulder as I entered the player lounge of an ATP event in San Jose. It was Andy Roddick. “So, big and ugly?” he asked. We’d never formally met, but it was clear Roddick had read a story I’d written that described his playing style as powerful but not aesthetically pleasing enough to end up in a museum (that is, an art museum, not a tennis museum such as the one in Newport). “Hey, Tarik,” Roddick said to his coach at the time, Tarik Benhabiles, “he said my game was big and ugly.” Now what? But all Roddick did was grin and say, “I’ve been called worse,” at which point he gave me a friendly tap of his knuckles.

Kalkman-van den Bosch has only recently come into my writerly orbit. I interviewed her several weeks ago, and it was clear she had that special mix of determination, engagement – and her own brand of elegance --- so admirable in champion athletes. Introduced to the audience by her former coach and current husband, Mark, Kalkman-van den Bosch spoke of laughing, learning and love.

Still, the way it works when you cover tennis is that time with players is limited, affinities formed more from a distance than close at hand. There are interviews, press conferences and even, sometimes, distinct experiences, such as the two times I’ve been on the court with Roddick (he beat me left-handed but I did return one of his righty serves). But at heart, the vast majority of the way any writer experiences a tennis player is by watching them in action. This is how it should be.

But with contributors, it’s different. And in this case, the two honored this weekend are both exceptionally close mates. Vic Braden gave me hours of his time for many a story and long chats about the personalities and strokes of players from ‘30s legend Don Budge right up to the current greats. Steve Flink and I met in 1990, when he purchased an article I wrote for World Tennis about Jimmy Connors that proved propulsive in bringing my first book to life. Steve’s also one of my closest colleagues, for many years a seatmate while watching matches, a simpatico geek when it comes to chewing over the game’s history.

The next time I see my brother I will tell him about how beneficial it was that I continued to read those books. He might well laugh kindly at that; or he might not at all. My brother, you see, is schizophrenic, a resident of a nursing facility, barely able to care for himself, intermittently adept at conversation.

Ken’s first schizophrenic break occurred hours after we’d watched the 1976 US Open final between Jimmy Connors and Bjorn Borg and then continued our ritual of playing tennis after a compelling match. By this stage, I’d become the better player. But that meant nothing, as over the next three years, Ken descended into a hell of breakdowns, violence and anger. Since then, fortunately, he has been largely quiet, the sizzling chemicals and raw edges numbed by various drugs and, perhaps, time itself.

But occasionally, there come moments. Several years ago, we were talking on the phone when Ken said, “You’ve done well. We’re all proud of you. Just think: It wasn’t long ago when you were younger than me.”

“I still am.” Technically, at least, that was true.

And yet, the statement revealed. My study of time and memory, of people and places, tennis family, has taught me this: a fact is not a truth. That is the whole message of this weekend in Newport. The facts are clear and have long been stated – titles won, ranking points, books written, studies conducted.

But the truths loom larger. They are what define the induction ceremony’s emotional flavor. Roddick, a self-professed tennis junkie, had told his entire support team, “we’re all getting into the Hall of Fame.” Clijsters had been described by the man who introduced her, former coach and close friend Carl Maes as a “champion with a human face.” Each of these two also spoke poignantly about their deceased fathers, Roddick also praising his late agent, Ken Meyerson, who had died in 2011 at the age of 48. Flink had been introduced by Chris Evert, a player he had encyclopedic knowledge of and had known for more than 40 years. He also acknowledged the power and presence of his 93-year-old father, Stanley. Even closer to my heart, Steve had written a remarkable story the day after my wife Joan died about her, our relationship and the tennis. Braden had died in 2014, his honor accepted by his widow, Melody. Kalkman-van den Bosch had been paralyzed in her teens.

Time in Newport shows the incredible the tennis journey is, the places it takes one all over the world and into the soul. Its legends – fables, matches, wins, losses, players and people – are at once mythic and epic, genuine and hard-earned. Life will start. There will be tennis, glorious moments of victory and defeat, of days in the sunshine, nights in exotic cities, bodies and souls in motion, active, engaged. Parallel to all of it is the awareness of mortality, of injuries and anguish and aging and legends never forgotten but gone from this world.

The DNA ball took a bad bounce for Ken, a good one for me. I was the one granted the gift, the chance, if you will, to compete in life’s main draw. How could I not cry when Roddick called his older brother John, a highly-ranked junior, “my first tennis super-hero”? The gift hits me every time I attend a tennis event, from the minute I pick up my media credential to those quiet moments when I can walk across the grounds of such places as the International Tennis Hall of Fame, Wimbledon or, simply, a court at my club.

Thanks to the kick in the butt Ken gave me that day in 1972, I got the chance to engage with tennis not just as an observer, but as a participant; like Roddick, Clijsters, Kalkman-van den Bosch, Flink and Braden, ceaselessly engaged in this fantastic sport. As an instructor once told me, “Writing is fighting.”

It was now Saturday night, time for an elegant dinner at the Marble House. The dinner would offer more chances to honor this year’s inductees, weave its legends into those that had come before them; a tapestry of tennis and time. And by the way, Sunday is Donald Young’s birthday.