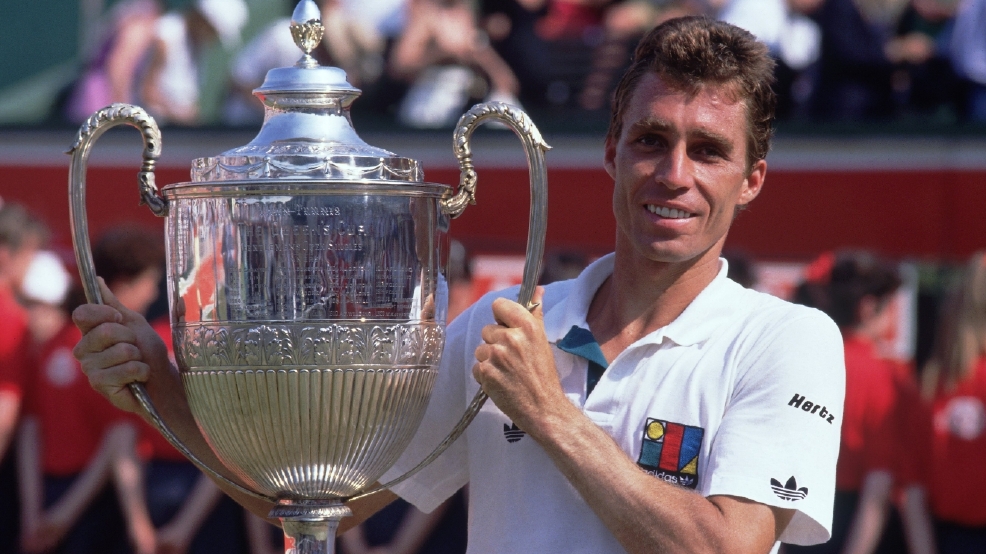 Creativity and innovation assume many forms. Players like Rod Laver, John McEnroe, Ken Rosewall, Justine Henin, Martina Hingis and Roger Federer justifiably earn praise for their ability to transform the craft of tennis into artistry. For these players, the racquet was not merely a blunt instrument, but a delicate paintbrush, points and shots constructed in such a way as to generate rapture, even (especially?) from those who don’t know much about tennis.

Ivan Lendl, who turns 57 today, is a different kind of genius. Alas, just as Novak Djokovic has had to emerge in the wake of such inspiring players as Federer and Rafael Nadal, so it was Lendl’s path to stake his claim in the shadow of cross-over icons, McEnroe, Bjorn Borg and Jimmy Connors. If the snarly McEnroe was Mick Jagger, the angelic Borg the Beatles and the brazen Connors Elvis, then Lendl was Led Zeppelin: darn good, but not quite. Lendl’s Eastern European background, blunt speaking style and grinding, seemingly utilitarian playing style hardly endeared him to the public. Following his 1986 US Open win, Sports Illustrated thought well enough of Lendl to put him on its cover. The downside: a brutal headline – “The Champion That Nobody Cares About.” Ouch.

It hardly mattered to Lendl. Well aware that an athlete’s primary mission is not to earn applause, but to compete as effectively as possible, Lendl left no stone unturned in his quest for excellence. Likely inspired by the fitness, training and nutrition techniques pioneered by his fellow Czech, Martina Navratilova, Lendl took professionalism and discipline to new heights in all of these areas. While McEnroe joked about his allegiance to a diet that included its share of ice cream, Lendl took on a left-handed coach, Tony Roche, who gave him a thorough lesson on how to cope with his biggest rivals, southpaws McEnroe and Connors. To help win the US Open – a tournament he reached the finals at eight straight years (1982-’89, taking three straight from ’85-’87) – Lendl built a court in his backyard with the precise surface then used in New York. Lendl was also the man who began the pattern of changing racquets with ball changes. On and on it went. What Lendl started from the periphery – in this sense, just like an artist – has now become standard operating procedure.

Lendl’s wisdom came from seeing something many overlook: A sport like tennis owes no accountability to notions of beauty. Sport is about performance. In manner and process, style and engagement both on and off the court, Lendl perhaps more than anyone built a template for contemporary tennis.