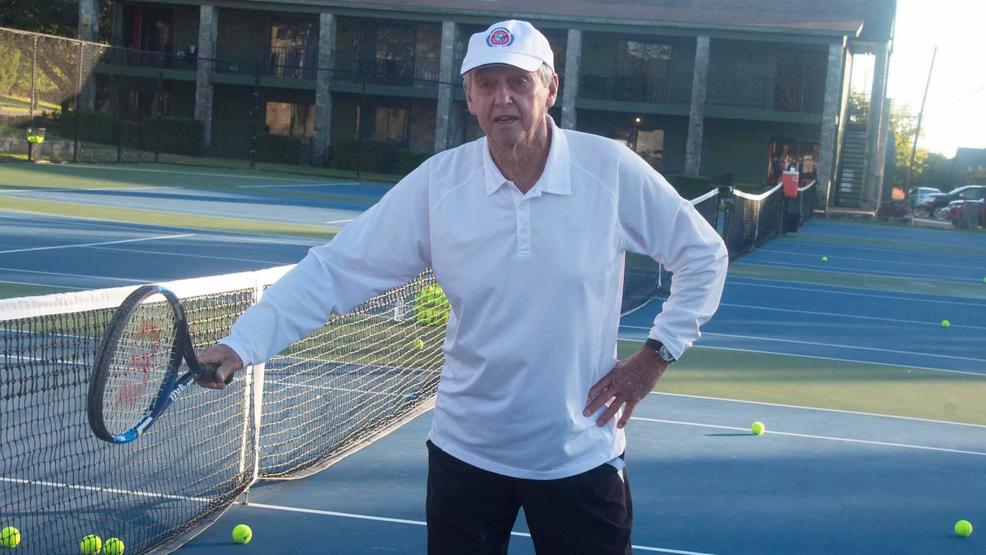 Joel Drucker: In the Orbit of Emmo

He has won more Grand Slam titles than any man in tennis history, 12 in singles, 16 in doubles. He’s one of only two men to have won the singles at each of the majors twice, the other one being his dear friend, Rod Laver. He was once so popular in his native Australia – and the world, beloved by all of his peers and millions of fans -- that a letter simply marked “Emmo” arrived on his doorstep. He’s coached Grand Slam champions, but is even more elated to work with beginners, often at the Palace Hotel in Gstaad, Switzerland, a place he’s run tennis weeks at for more than 40 years.

He is Roy Emerson, heart and soul of the Australian code. This week, the 80-year-old Emerson is one of the captains at Tennis Fantasies with John Newcombe and the Legends. Armed with a clipboard and a list of names, each captain devoted considerable time to fine-tune the lineup, juggle doubles pairs, scout opponents.

As a player, Emerson was renowned for his superb fitness, backed by a devout commitment to preparation and hours of hard work on and off the court. “I knew I wasn’t the most talented player,” he said, “so I figured if I put in as much work as possible, I would be ready to go.” In advance of the majors, for example, an Emerson day would include at least one six-set singles match, all the better to be ready for a five-setter. And no matter what had affected his body, never would Emerson issue an excuse. Any such comment would be rude not just to the opponent, but to the game itself.

(above: Roy Emerson – captain of the Wankers at Tennis Fantasies with John Newcombe and the Legends. Photo credit: Ken Munson )

It was Tuesday, day one of Tennis Fantasies’ competitive phase. All day, the 28 players on each of the event’s four teams would play singles and doubles matches. Emerson’s team was named the Wankers (the other three are called the Mongrel Kangaroos, Musclemen and Dunnies – all four a tip of the hat to an aspect of Australian lore). And though there were three other Wanker captains – Marty Riessen, Danie Visser and Peter Tramacchi – all gathered knew the spiritual leader of this squad was unquestionably Emerson.

Shortly after 7:00 a.m. on a Tuesday morning, Emerson made his way into the camp’s breakfast area. Riessen joined him as they carefully built the lineup. Tennis Fantasies folklore had it that for years Emerson had maintained a database comprised of the camp’s match results, how various campers play and other random bits of information. Said Newcombe once, “I wouldn’t put anything past Emmo. He will do whatever it takes to win. He knows better than anyone that you must leave blood out there every time. He did it as player and it made him a champion, an inspiration to all of us. Now he does it as a captain and coach I have to compete against every bloody year.”

Monday afternoon, Emerson had given his charges a lesson in doubles and the importance of return of serve, parsing the nuances of various return positions, the value of the lob, the eternal need for consistency and, most of all, the importance of constantly paying attention.

Of all champions, the Emerson was persistently pruned. Never one to think of himself as a dynamic shotmaker-artist such as Laver, or a flame-throwing server-field general such as Newcombe, Emerson focused on the quotidian, a master of the day-to-day fundamentals accrued through years of study, practice and competition.

Through Tuesday morning’s singles matches, Emerson made the rounds from court to court as his Wankers took on the Mongrel Kangaroos, a squad led by Newcombe, Charlie Pasarell and Rick Leach. Be it from a corner or courtside, on a changeover or after a long point, Emerson dispensed wisdom. They were familiar basics, but when they came from the mouth of a man who won 28 Grand Slam titles, only an idiot would not hang on every word:

“Early on, get over active with your footwork.”
“Make sure to keep getting in those first serves.”
“Force the other guy to play another shot.”

It was now past 4:00 p.m. Nine hours earlier, 56 names had filled a page – Wankers and Mongrel Kangaroos, toe to toe. By this stage, 52 had been accounted for. The battle of these two teams had come down to a single doubles match, the Wankers duo of Dick Eitel and Yehorah Uziel against the Kangaroos pairing of Australian Angus Deane, a Crocodile Dundee-like rancher from Queensland, and a Southern California attorney, Jake Harle.

Deane-Harle had a cult reputation at Tennis Fantasies, the two six years earlier having clinched the championship for Newcombe’s team in a dramatic third-set tiebreaker. Eitel was a crafty lefty, Uziel a rookie with solid groundstrokes. More than 40 campers formed a ring around the court. This one too would be decided in a Super TieBreaker – first team to ten.

Newcombe, vocal, active, ardent, a motivator in his own special way, cheered on his team on, huddled with them on changeovers. Emerson sat on the sidelines, gently reminding his men of the pointers he had made hours earlier. For a moment, a flashback of an epic five-set quarterfinal Newcombe and Emerson had played at Wimbledon in 1970, Newcombe overcoming two sets to one deficit to beat Emerson, 11-9 in the fifth. Newcombe would go on to win the title.

Now, nearly 50 years later, these two Aussie legends competed via proxy. Paced by Uziel’s formidable depth and Eitel’s sharp volleys, the Wankers duo went ahead 8-4. Deane-Harle caught up to 7-8, but in the end, Eitel-Uziel won it 10-8. The Wankers burst into cheers and ran on to the court.

Emerson did what he always does after a match.

“Bad luck,” he said to the losers, shaking their hands. To the winners: “Well done.”

And then, Roy Emerson did something that has endeared him to all in tennis for more than 50 years. His team had earned a dramatic victory. The victorious Wankers were jubilant, the entire squad shaking hands with Eitel and Uziel. Well, not quite everyone. Emerson approached Harle and Deane, the two now seated, utterly vanquished in body and mind. “You two were fantastic,” said Emerson. “You put it all out there and just came up a little short today. You fought your guts out.”

Occupy the orbit of Emerson and you will think twice before calling what happens here a fantasy.

Joel Drucker will be writing several stories this week from the frontlines of the 30th edition of Tennis Fantasies with John Newcombe and the Legends.

+ photo #1: Roy Emerson – captain of the Wankers at Tennis Fantasies with John Newcombe and the Legends