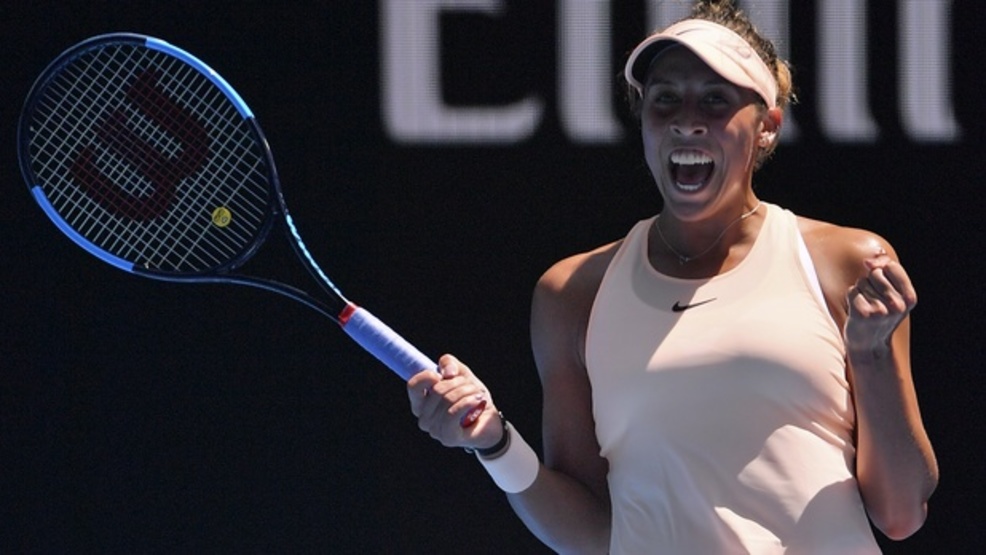 Joel Drucker: More Fearless Than Ever: Keys to Face Kerber in Quarterfinals in Oz

MELBOURNE – “I have measured out my life with coffee spoons,” read the lines of the T.S. Eliot poem, “The Love Song of J. Alfred Prufrock.” For Madison Keys, the revelatory metric might well be her Australian Open credentials. Keys first came to this event at the age of 14 in 2010 to play the juniors. Three years later, she made it to the third round, where after a slow start, she gave a good test to the fifth seed, Angelique Kerber, losing that match 6-2, 7-5. In 2015, there was a major breakthrough: Keys’ first run to a Slam semi, highlighted by wins over Venus Williams and reigning Wimbledon champion Petra Kvitova.

Explaining her affinity for Australia following her 6-3, 6-2 round of 16 dismissal of 8th-seeded Caroline Garcia, Keys said, “The courts are really fast, so that helps. I just, you know, love coming here, and it's an easy trip for me because I love the city and I love playing here. The fans are amazing. But it's also right after offseason so I always feel like I'm really excited to get on the road again.”

Still just 22 years old, Keys over the last year has faced both challenges and opportunities. Since December 2016, she has twice had wrist surgery, including one that kept her away from Melbourne last year. But by the end of the 2017 season, she’d reached the finals of the US Open and in the off-season, as revealed by an excellent New York Times story, was in the best shape of her career—in this case, both physically and mentally.

Given that Keys was seeded 17th, Garcia was technically the favorite. The head-to-head was inconsequential (1-1). And while Keys had played only one match in 2017 after the US Open, Garcia in the autumn had lit it up, winning two titles and taking her ranking from No. 20 in September to a career high of No. 8 a year later. The smooth contours of Garcia’s game—her crisp groundstrokes and fluid movement—had begun to surface nicely last autumn. Recall that back in 2011, Garcia had earned praise from Andy Murray as a future world number one.

Keys was in complete command. Garcia was helpless. Over the course of 68 minutes, this was severe one-way traffic, a comprehensive dismantling, Keys striking 32 winners, to just nine for Garcia.

Assessing Garcia, Keys said, “She's really great about taking the ball early and putting pressure on you. Especially just even where she stands for her returns. So that was something that I had to consciously think about and not let her position throw me off. More than that, it was really just trying to keep the ball deep and keep it away from her so that she couldn't dictate the point.”

The pace with which Keys strikes the ball has long been apparent. The consistency piece, though, has not always been so vividly present. There can be an unsettling dimension to Keys’ matches, errors sprayed like an aerosol can, for no apparent reason. Or, as happened in the US Open final, when Keys was beaten handily by Sloane Stephens, a failure to kick herself into high gear.

In that case, perhaps Keys was worn down one match too soon from a New York odyssey that was like nothing she’d ever experienced in her life. Keys admitted today that it took a solid week to 10 days for her to purge the hangover from all that had happened in New York.

“I was just really tired from all the late, emotional matches that I had. And then to have such a great two weeks and then have it end the way that it did, it was really devastating for me, so it definitely took some time to get over.”

Keys has years and years of great tennis ahead of her.

As Eliot wrote in “Prufrock,”— “there will be time to murder and create/And time for all the works and days of hands/That lift and drop a question on your plate.”

And rest assured, Keys will have to come up with plenty of answers versus her next opponent, the swift and guileful Kerber. That ’13 match here was their first. The German currently leads the rivalry, six wins to one.

“She has an ability to cover the court and anticipate like really no one else does,” said Keys, “so for me it's having to play aggressive but also consistently aggressive, because I know she's going to make more balls than other girls may be able to get to.”

Simple, but not necessarily easy. Still, Keys today showed maturity inside the lines and keen awareness in her press conference.

In contrast, Prufrock, the protagonist of Eliot’s poem, repeatedly failed to grab the opportunities life presented him: “I have seen the moment of greatness flicker, and watched the eternal Footman hold my coat, and snicker/and in short/I was afraid.”

At this stage of the Australian Open, Madison Keys fears nothing.