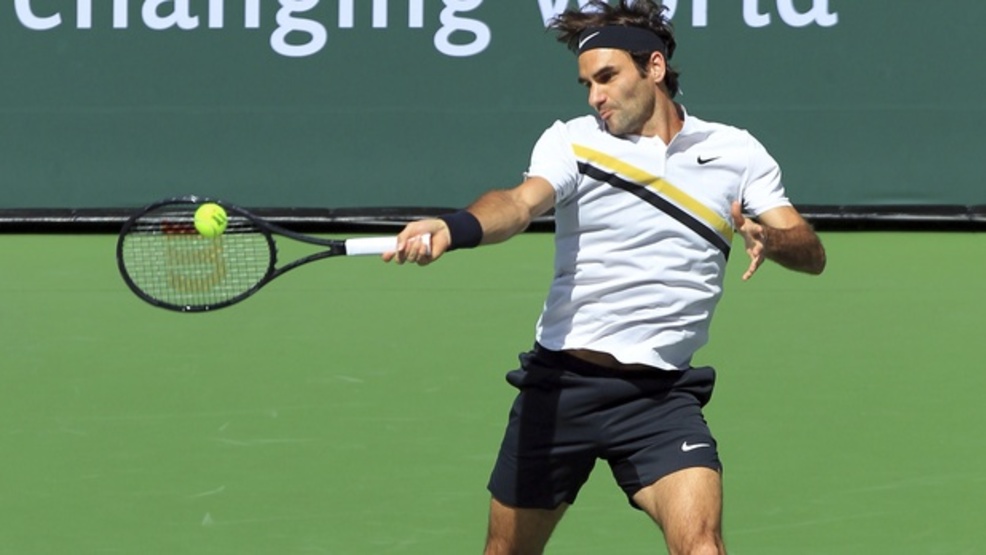 Indian Wells, CA—The protagonist was Roger Federer. The antagonist, at least in theory, was Filip Krajinovic. Let it be noted that Krajinovic was seeded 25th at this year’s BNP Paribas Open and ranked No. 28 in the world.

By the time this 58-minute encounter was over, as Krajinovic aimlessly shanked a forehand return wide, he might as well have been ranked 2,800. And yet, as sobering as it is to lose a tennis match 6-2, 6-1, it would be inaccurate to say Krajinovic had been destroyed or blown off the court.

After being broken in his opening service game, the 26-year-old Serbian had found a way to harness his herky-jerky style to level the match at 2-all. But the terms of competition in Roger Federer’s world are never those of combat. His is the argot of skills, a blissful distance from discord that is in large part the reason for his off-the-charts popularity everywhere he goes.

The likes of Rafael Nadal or Jimmy Connors made tennis personal, as violent as tennis could get. Not so with Federer. Let the others savagely battle. Federer serenely plays. This is why it’s difficult to regard his opponents as antagonists. They are, merely, truly, singularly, fellow ball-strikers. The eternal question versus Federer: Can you do it as well? What can you summon? And perhaps, in the spirit of inquiry that also makes Federer so likeable and distinct, he is competing, posing a question Nadal or Connors would ask in more raw terms about the man across the net: What’s he got?

Said Federer, “after four games you sort of get an idea what to expect.”

Holding rapidly at 2-all, Federer broke Krajinovic for 4-2, held at love and soon broke again to take the first set in a brisk 31 minutes. Majestic? Hardly such on a Monday afternoon at the office where he’d won the title five times. Engaging? With Federer, always—a sparkling backhand half-volley pickup from behind his baseline to earn the first break, brilliant rolling forehands, clutch serves into corners. And always, that darn regal posture, which as a Federer opponent is a subtle but pointed indictment of shortcomings.

Like everyone else who plays Federer, Krajinovic was lucky tennis was not a judged contest—in his case, exceptionally so. The man from Serbia is surely effective, but hardly technically, aesthetically or strategically captivating. Constantly, Krajinovic snatched and slapped, his points coming in odd ways—a jolting drive, a Federer miscue, indeterminate power. Many roads take one to the Top 30.

Federer has hit so many delightful winners over the years that it is easy to see him as a pure shot-maker. But that’s not true. More accurately, Federer applies so much pressure across such a wide spectrum—subtle variations in spin, pace, height and depth; the swarm-like movements of a panther—that he slowly (then quickly) exposes each opponent’s technical and accompanying tactical limitations. If a loss to Nadal is a fatal coronary, Federer is a series of pinpricks that draw increasingly larger buckets of blood.

Serving at 1-2 in the second set, Krajinovic wasn’t so much physically drained as intellectually boxed in. He’d run out of ideas, on break point in that game attempting a serve-volley from the ad court. As Krajinovic carved a backhand volley wide near the right sideline, Federer instantly challenged it. Were Federer a certain kind of warrior, one could imagine his thought: Who do you think you are, buddy, Stefan Edberg? The volley was out.

With Federer now up 3-1, onward went the skills display. Enter the drop shots. A rolling crosscourt backhand winner. Krajinovic served at 1-4 and was broken again. The outcome was now a formality. Perhaps it had been all along. Maybe even he knew it.

“I still think he can play much better than he did today,” said Federer. Some send off opponents loudly. Federer sends them off kindly. But yes, they will be sent off.