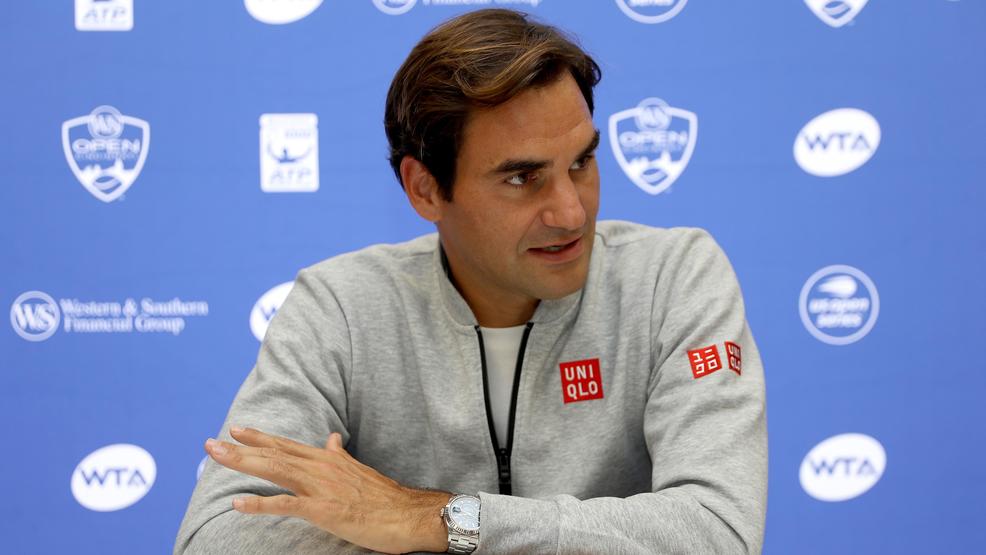 Joel Drucker: Roger Federer's Pressers Show Why He's King Both on and off the Court

NEW YORK—At 5:40 p.m. this evening, less than an hour after his second-round win over Benoit Paire, Roger Federer strolled into his post-match press conference. While most players, including Federer, usually enter the media interview room in some form of tennis attire, Federer in this instance wore a gray sports jacket over a white T-shirt. Be it in jacket or sweats, T-shirt or collar, he retained his title as tennis’ big man on campus.

A Federer press conference is like nothing in all of tennis. When you consider that Federer also plays tennis like no one in the sport’s history, it only makes sense that he would also communicate differently than anyone else.

Having attended tennis press conferences for more than 35 years, I can tell you how painful and downright demoralizing they can frequently be. Some players are tyrants, haughtily dispatching even match-related questions. Others confuse the dais with a psychotherapist’s couch, which is occasionally revelatory, but in its preemptive candor, can also be another form of bullying and derailing inquiry from potentially more relevant topics. Others give answers so perfunctory you’d think they were being penalized for saying too much. Others speak as if they were on to some sort of inside joke they have no desire to share. And others are often quite earnest, but so prosaic that their answers could be written before they even walk into the room.

None of those modalities apply to Federer. The same interest he brings to the game inside the lines—the studious nature that makes him the most complete player in tennis history—applies whenever he is asked a question.

Tonight’s press conference began with the obvious first question on everyone’s mind, the one that just about always leads things off:

And here, Federer made it easy to grasp what had gone on throughout the match—a primer of sorts to what had happened on the court.

ROGER FEDERER: I think it was a bit sort of up and down maybe. I think it's always tricky against Benoit, because I think one [way or] another, there's a lot of tactics going on. Never quite the same point. Sometimes he plays very deep in the court, then he plays up in the court. That's maybe why you draw errors out of each other rather than winners at the end. The match maybe doesn't look as good. Plus he covers the court very well. Sometimes you have a tendency to overplay, as well.

Soon enough came a question about a topic athletes hate being asked about:

Q. Over the last several years, you've heard the R word, retirement, over and over again from tons of people. How has your approach to hearing that and thinking about it evolved since the first time you heard it?

Clearly a nuanced way of asking Federer how or even if he was contemplating the date of his tennis death, this question might have created a climate so harsh that the room would turn dark, leaving everyone intimidated and worried about the worst possible press conference scenario: the subject walking out. But as always, Federer found the light.

ROGER FEDERER: Well, it's been nine years, so I don't know what to tell you. In the beginning, you're like, What? It can't be true. Eventually, Okay, fine I get it, they're allowed to ask it. Then you get to a point where everybody has to ask it because it could be that I would be the one in that very moment to reveal that this might be it. Then the journalist has to do their job and ask me that question. Almost every interview I do, they have to ask me the question, so...

The thing is maybe I can tell you guys, I will not tell it to one journalist in that one moment. I don't think I'm like that. I would first check with my family. If the team and everybody thinks that this is it now, and I feel it's truly that, I wouldn't probably tell it to that one journalist just it happened I was doing that interview that day.

It's been in phases. Sometimes you wonder why they ask you again because do they not hear what I said yesterday? Do they not listen to what I said two months ago?

At this point I take it with a smile and I understand that everybody is just doing their job, I guess.

Fancy that, a polite way of Federer saying: I’ve been answering this for a very long time. But do you really think I’m going to announce it spontaneously? So please, leave me the heck alone. In contrast, unless you were a masochist, you didn’t want to be in the room when Jimmy Connors was asked about this topic.

There then came a question about Federer’s next opponent, Nick Kyrgios, who today had been given a motivational pep talk of sorts by, of all people, the chair umpire. Asked if that would occur when he and Kyrgios played on this coming Saturday, Federer gave a three-word answer: “It won’t happen.” But unlike many other players, it was hardly intended as a conversation stopper:

Q. What do you mean?

ROGER FEDERER: You think it's going to happen again?

ROGER FEDERER: I'm asking you the question. Do you think it's going to happen again?

Q. You understood my question?

ROGER FEDERER: I understood your question. You understand my response? It will not happen twice in a row.

With just about any other tennis player in this situation, alarm bells would start to ring. Officials might curtail the talk. Agents have been known to push away cameras.

Here again, Federer spoke the way he plays tennis: With feel, but also with force. Smiles and laughter surface frequently in his press conferences.

The final question was a vintage case of a journalistic misdemeanor: double dipping, wherein the reporter tacks two questions on to one.

Q. When you train to go into all these tournaments, do you do anything different to prepare for the heat than you would do ordinarily? And what is your favorite cold drink?

And here again, after confirming that the inquisitor was indeed interested in the latter, Federer waxed if he was giving a briefing at the UN—in depth, at an appropriate length.

ROGER FEDERER: Okay. It's very connected, I like it (smiling).

When it's hot, I like to drink cold water.

This year I came really early to New York to prepare before Cincinnati because I felt like it's maybe one of these years where it could be hot. I had the plan to go to Dubai first, where it's extremely hot. I didn't want to be away from the family. I changed plans. Said, “Let's go early to America and prepare over here in the conditions that I'm actually going to see during the Open.”

I think there is no substitute for playing in humidity or in heat. You just got to do it. If you train in the cold all the time, all of a sudden it hits you, the humidity and heat. You're just not ready. I don't care how fit you are, what you're used to, the humidity can really get to you. I think that was a good choice.

In terms of a cold drink? I like cold sparkling water. I like a nice glass of champagne. Yeah, I like that, a nice drink. I don't know. A lot of cold drinks, yes. It's got to be cold. I don't like warm drinks, let's put it that way.

As the English language reporters left the room, Federer began another press conference for Swiss reporters.

Unquestionably a ruler, Federer presides with kindness and the sense that making a living playing—and even talking about—a child’s game is pretty darn fun.