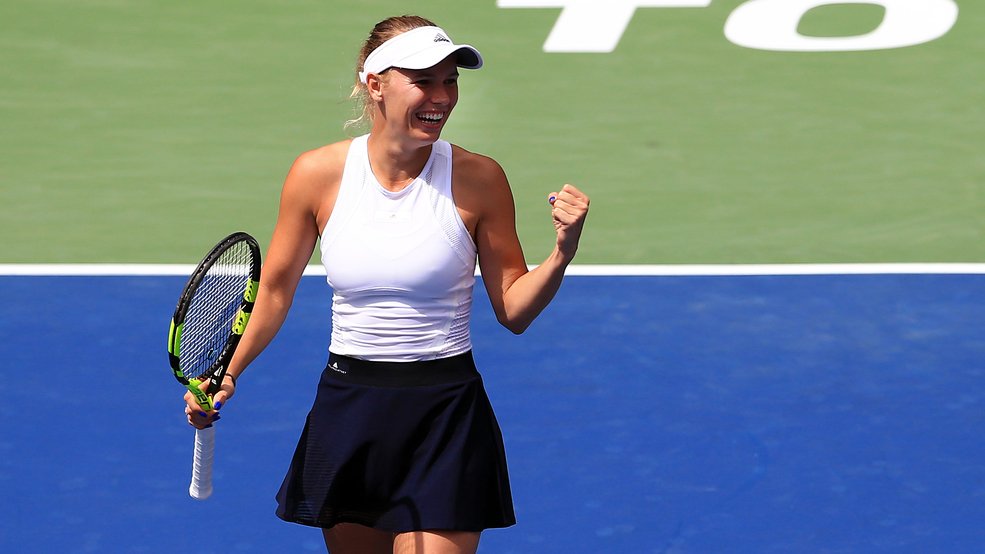 TORONTO, ON - AUGUST 12: Caroline Wozniacki of Denmark celebrates victory against Sloane Stephens of the United States during a semifinal match on Day 8 of the Rogers Cup at Aviva Centre on August 12, 2017 in Toronto, Canada. (Photo by Vaughn Ridley/Getty Images)

How to assess Caroline Wozniacki? A year ago, prior to the US Open, she had plummeted to #74 in the ranks, the Dane’s decline the result of injuries and also, perhaps, the inherently defensive qualities of her playing style.

Then came a rebound. Wozniacki reached the semis of the 2016 US Open, won two titles in the fall and finished last year ranked #19 in the world. She’s since gone even further, currently at #5.

And yet, Wozniacki’s 2017 could be described as a year of maddening consistency. Her 42 match wins lead the WTA. Wozniacki has reached six singles finals – and lost them all. At the majors, she reached the third round of the Australian Open, quarterfinals on the clay of Roland Garros and the round of 16 at Wimbledon.

Wozniacki’s matches represent the persistent push and pull between success and pursuit. Versus so many opponents, Wozniacki for so long has been the grinder par excellence, her speed, intelligence and composure allowing her to spit back one ball after another. There are even those moments when she slightly ups her offense, of late a bit more on serve and also occasionally on the backhand. There also come occasions – but not too many -- when Wozniacki uses her speed more for offense, opportunistically making her way to the net.

But in any match Wozniacki plays, there is also a sense that she can be had. At heart, Wozniacki dares her opponents to beat her rather than take charge of the match herself. This surfaces most notably on her forehand side, where Wozniacki rarely strikes the outside corner of the ball to generate significant velocity and movement to whip the ball off the court. It’s interesting to note that at all three majors, Wozniacki was beaten by an opponent with significantly more artillery – Johanna Konta in Melbourne, Jelena Ostapenko in Paris, Coco Vandeweghe at Wimbledon. Each of these three is willing to grab hold of points in ways Wozniacki rarely does; and while Wozniacki might even beat each the majority of the time, there will come those days when the streaky power player finds the range. Here’s hoping this affable Dane looks for ways to seize the day rather than be driven into the night.