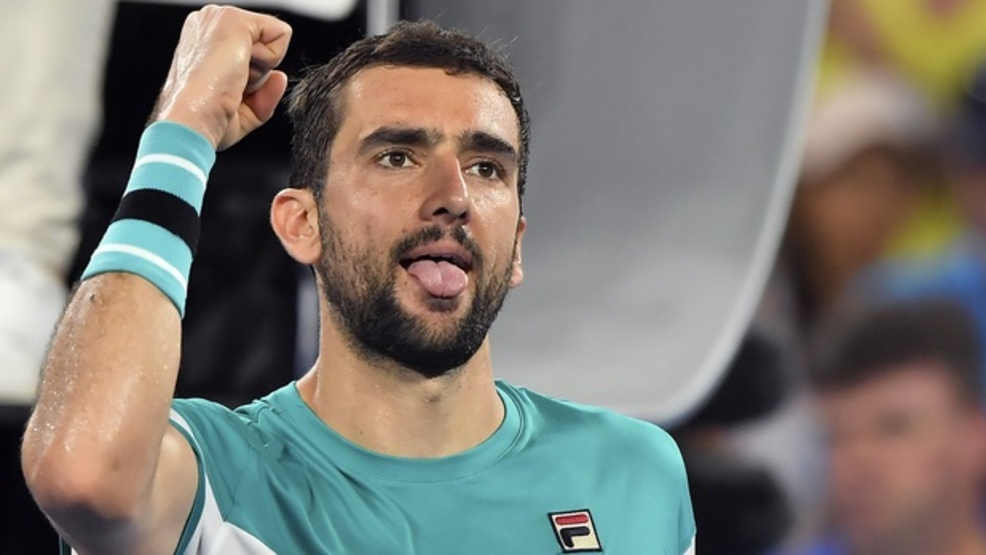 MELBOURNE—While such stylists as Roger Federer, Nick Kyrgios and Jo-Wilfried Tsonga can reveal their visceral and layered qualities even when watched on smart phones, Marin Cilic can appear robotic and monochromatic. But viewed up close, this man from Croatia’s movement and ability to shape the ball reveals deceptive texture and the skill that comes from hard work and sustained discipline.

Thus it was that Cilic, more craftsman than artist, entered the Australian Open’s utilitarian venue, the Hisense Arena, for a third-round match versus Ryan Harrison.

Cilic’s backhand is a laser, a shot he can drive forcefully from just about anywhere on the court. The serve borders on elegant, a first-rate shoulder turn and well-placed toss contributing to a delivery that thunders both power and accuracy. And though Cilic’s forehand has moments when he loses shape and strikes it too flatly, when hit with confidence, aided by reasonable amounts of topspin, it pairs nicely with his backhand for a lethal barrage.

Over the last year, Harrison had turned his career around. Ranked as high as 43 in the summer of 2012, as recently as the fall of 2016 he was outside the Top 100. But beginning last year, when he won the first ATP tour singles title of his career in Memphis, Harrison began to play much better tennis. By year’s end, he’d climbed back up to 47. His 2018 began well too with a run to the finals in Brisbane. And now, versus Cilic, Harrison was hoping to reach the round of 16 at a major for the first time.

There is a cadet-like quality to Harrison’s bearing—the short hair, the posture, the assertive stride. That was vivid this evening, Harrison in white shorts and a blue and black shirt, seeking to maintain his poise and effectively go toe-to-toe with an opponent who’d won five of their previous six matches. Harrison, too, has a fine serve and often builds his points on the ability to strike big with his forehand.

Through the first set and a half, Harrison hung impressively. The two reached six-all in the opener. Alas, in the tiebreaker, Harrison was betrayed by a pair of errant backhands—the American shortcoming of recent times—and after 54 minutes, Cilic had vaulted ahead. At 2-3 in the second, Harrison dropped his serve. Though Cilic faced three break points as he tried to close it out at 5-3, in time he snapped up the set.

After two sets, Cilic had struck 33 winners, compared to 13 for Harrison. Another intriguing stat at this stage: Harrison was a meager three of 14 at the net, compared to 17 of 19 for Cilic.

It wasn’t so much that Harrison had redlined. More pointedly, the cumulative force of Cilic’s game showed the difference between a heavyweight—Cilic is seeded sixth here—and a middleweight.

But then, serving at 3-2 in the third, Cilic lost his serve for the first time. As Harrison held to go up 4-3, possibilities surfaced. Did Harrison have a chance to rally from two sets to love down for the first time in his career? Sorry, said Cilic, not this time. Cilic cranked up his serve—seven aces in the third set compared to nine in the first two—and then, with Harrison serving at 2-all in the tiebreak, lacerated a crosscourt forehand winner. At 6-4 in the tiebreaker, a wide Cilic serve to Harrison’s forehand opened up the court for a backhand crosscourt winner. All told, he’d struck 53 winners to Harrison’s 24, winning it 7-6 (4), 6-3, 7-6 (4) in two hours and 29 minutes.

Having spent a few years wandering in the tennis desert, Ryan Harrison is playing excellent tennis, arguably the best of his career. Aided by his coach, ex-pro Michael Russell—a man who knows all about grinding things out and maximizing one’s potential—Harrison figures to wring as much mileage as possible out of his game through the February/March season of North American tournaments.

It was here, in 2010, when Cilic made his first big splash at the majors, reaching the semis and along the way beating Top 10 players Juan Martin del Potro and Andy Roddick. Oddly enough, eight years later, at the age of 29, Cilic has become a tennis middle child, somewhat lost in the shuffle between the accomplished icons (Federer, Rafael Nadal and Novak Djokovic), and the lively hopefuls (Kyrgios, Grigor Dimitrov). But his rivals and those who pay close attention to Cilic are well aware that he has what it takes not just to contend, but to capture.