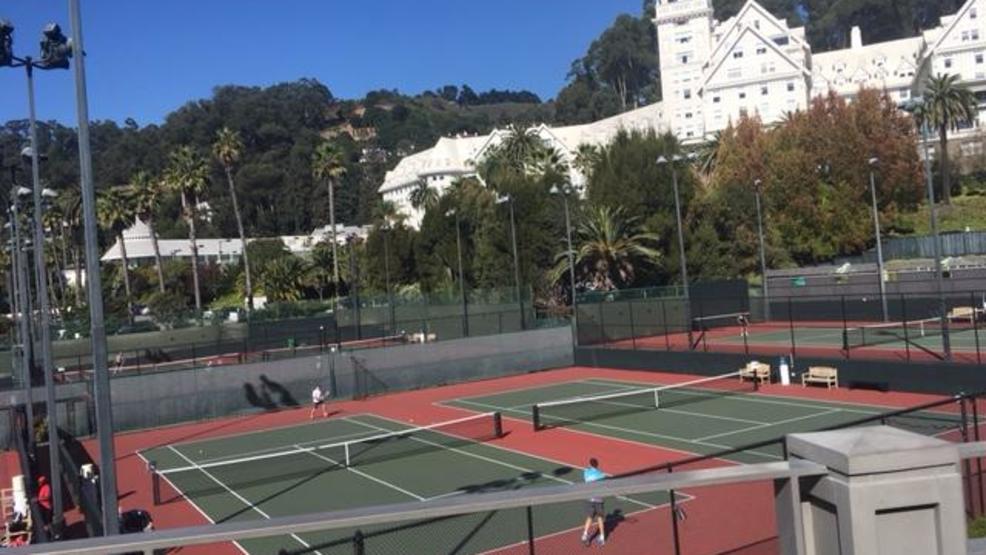 Joel Drucker: Where Was Home When Billie Beat Bobby?

There’s the scene in “Battle of the Sexes” when Billie Jean King decides she must play Bobby Riggs. She’s in a phone booth and calls her husband Larry. Even though it’s the middle of the night, King demands that Larry call Riggs immediately. “If we’re gonna go, let’s go,” says King. And there is Larry, in their home, set to further drive the plot.

Where was home? Until 1966, home for King had been Southern California, her mind, heart and tennis game shaped by the Golden State’s wholesome growth in the ‘50s and, at least to some degree, the political and cultural volatility that begun bubbling in the ‘60s. On the campus of Cal State Los Angeles, the college she and Larry had attended, Billie Jean became aware of the injustice of a society where a woman like her – already one of the top five tennis players in the world – did not receive an athletic scholarship.

Then again, she’d also long been aware of gender discrimination. At places like the Los Angeles Tennis Club – then the center of the Southern California tennis universe and unquestionably also at the time one of the most significant tennis spots in the world – Billie Jean had watched the wise greats, men such as Jack Kramer and Pancho Gonzalez, offer their guidance to her male peers, utterly neglecting ambitious young ladies. Said King, “I’d look at it from a distance, try to listen and learn however I could.” Even before that, also at the Los Angeles Tennis Club, young Billie Jean had felt shunned when the czar of Southern California tennis, Perry T. Jones, had excluded her from a group photo because the homemade outfit she had on was, in Jones’ eyes, not appropriate to be part of the picture (for what it’s worth, never again would Billie Jean’s wardrobe fail to be up to snuff).

Another layer of King’s eternal historical consciousness came with her birthdate: November 22, 1943. Her teens would end on one of the most memorable days in American history, the assassination of President John Kennedy.

So where was home when Billie called Larry? In 1966, just after she’d won her first Wimbledon singles title, the two had moved north, to Berkeley, where Larry had been accepted to law school. Berkeley then was the red-hot center of American political activism, its campus and streets on seemingly a daily basis teeming with protests, riots, police and civilians engaged in one interaction after another. Factor this in with King’s off-the-charts antenna for history, events, people, places, attitudes and feelings.

The apartment Billie Jean and Larry lived in starting that fall of ’66 was located two blocks from the Berkeley Tennis Club, Northern California’s version of the Los Angeles Tennis Club. King had played at Berkeley as far back as her teens. In her 20s, she practiced there frequently, often with her close friend and doubles partner, Rosie Casals (the two had met for the first time at Berkeley in 1964). Casals, a San Francisco native, had taught herself the game on the public courts of Golden Gate Park.

So it was the San Francisco Bay Area where the brew began to mix. Here was Billie Jean, the windmill-tilting athlete, making her way through the streets of Berkeley, her sensibilities fueled by music, politics, culture, commotion. And there was Larry, earning the law degree that would aid his effort to bring so many of their causes to life – the start of the Virginia Slims Circuit, World Team Tennis, the Women’s Sports Foundation, the WTA (which had its first headquarters in San Francisco and was based there well into the ‘80s).

As far as the Virginia Slims Circuit goes, the BTC had played its role long before Billie Jean entered the picture. There was an excellent tennis player named Julius Heldman, winner of the National Boys 18s title in 1936 (the champion the previous year had been none other than Bobby Riggs). In 1942, Heldman and his wife of three years, a Stanford graduate named Gladys, moved to Berkeley. In the spring of 1946, Gladys, eager to impress her husband, began to play tennis, taking extensive lessons from the Berkeley Tennis Club’s head pro, Tom Stow, a prominent instructor whose most notable student had been the first winner of all four majors in a calendar year, Don Budge.

In 1953, several years after leaving Berkeley, Gladys started a magazine, World Tennis, that rapidly became the most significant publication in tennis, everything from its tournament coverage to profiles, humor, instruction and edgy editorials making it a vital part of the tennis community. Smart and driven, Gladys cultivated such advertisers as Philip Morris, becoming extremely close with its CEO, Joe Cullman. Philip Morris in 1968 had launched a cigarette aimed at woman called Virginia Slims, supported by the advertising slogan, “You’ve Come A Long Way, Baby.” And then came a game-changer: It was announced that the last time a cigarette ad could air on television was December 31, 1970. Banned from television, how was Virginia Slims going to reach women?

In “Battle of the Sexes,” Billie Jean and Gladys, outraged by a massive gap in prize money, opted to boycott the Pacific Southwest Open. Gladys arranged to stage an event in Houston, sponsored by Virginia Slims, starring the “Original Nine” who each turned pro with Heldman for a dollar (one of the nine rebels was Heldman’s daughter, Julie). By 1971, Virginia Slims had agreed to spend hundreds of thousands to create an entire circuit of tournaments.

A week after the inaugural event in Houston, King and company were scheduled to play the Pacific Coast Championships in Berkeley – that is, so long as tournament director Barry MacKay came up with an additional $9,000 in prize money. Years later, both King and MacKay would vividly recall how they’d met on the steps of the Berkeley Tennis Club and clarified that indeed, MacKay had mustered the money.

In time, though, King, Heldman and many women and men would help tennis rise so much that it would outgrow the cozy clubs that were ill-equipped to host a contemporary sports event. And yet, King’s genius – perhaps even, her grace – was her ability to concurrently cherish the iconic clubs and recognize the need to change.

Sunday in Berkeley, the Berkeley Tennis Club Foundation hosted a fundraiser precisely in sync with King’s sensibility of celebration and activism. The event, titled “Can Tennis Change The World?” began with a screening of “Battle of the Sexes” at the Elmwood Theatre, a short walk from the club and also two blocks from Alta Bates Hospital, the place where in 1971 King had an abortion.

Following the screening, action moved to the club’s ballroom for a panel discussion starring sports historian Rita Liberti and gender rights activist Shaun Chaudhuri. Liberti, a professor at Cal State East Bay, is the co-editor of the book, “San Francisco Bay Area Sports: Golden Athletics, Recreation and Community,” a work that includes a piece she wrote titled, “Rebel with a Racket,” a thoughtful look at the political sensibilities of Rosie Casals. Chaudhuri, also a BTC member, is a gender rights activist, serving as treasurer on the Board of Directors for the U.S. National Committee for UN Women, San Francisco Bay Area (SFBA). Proceeds from the fundraiser benefitted Berkeley High School and its quest for a new set of tennis courts (the school’s courts were torn down more than 16 years ago and have yet to be replaced).

Inside the BTC women’s locker room is a photo of King, knifing her smooth backhand.

The adolescent from the south had come north, then gone on to conquer the world in dozens of spots all over the world, from Wimbledon to Forest Hills, Kooyong to Roland Garros and, of course, versus Riggs, in Houston. But deep in her heart, King also knows that the “Battles of the Sexes” was won on the playing fields of courts at places like the Los Angeles Tennis Club and the Berkeley Tennis Club.