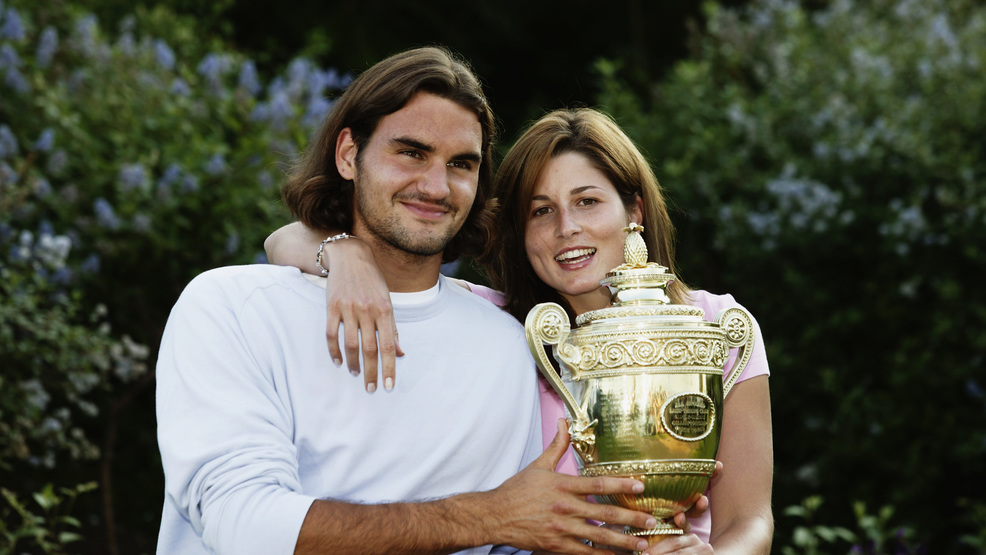 An odd aura hung over Roger Federer as the 2003 edition of Wimbledon got underway. He was only 21 years old, but had long been touted as a potential multi-Slam champion. In 1998, he’d won the Wimbledon junior title. Three years later, he’d signaled the changing of the guard with a sublime win over seven-time champion Pete Sampras in the round of 16. But Federer hadn’t won a match at Wimbledon since, including a befuddling first round loss to Mario Ancic in 2002. And just prior to Wimbledon 2003, he’d been beaten in the first round of Roland Garros by 88th-ranked Louis Horna.

Then everything changed. Playing several matches on remote courts, Federer reached the semis of Wimbledon with the loss of but one set. There he played supremely elegant tennis to take out Andy Roddick, 7-6, 6-3, 6-3.

His opponent in the finals was unseeded Mark Philippoussis, a big-serving, powerful Australian who had taken out world number one Andre Agassi in the round of 16.

Carefully and smoothly, Federer dismantled Philippoussis. He took the first set in a tiebreaker, the second 6-2, and then the third went to 6-all. Would Federer be able to close it out? Would the dangerous Philippoussis take it into a fourth?

No way. Federer won that tiebreaker 7-3. Upon winning the last point, he dropped to his knees and shortly began to sob in his chair.

''I've cried a few times on big occasions,'' Federer said. ''Somehow in the first moment, I don't think I will, but then I just can't keep it like this. This tournament means so much to me.''

Sampras for years had been Wimbledon’s gold standard. Well aware of that, Federer assessed his future modestly.