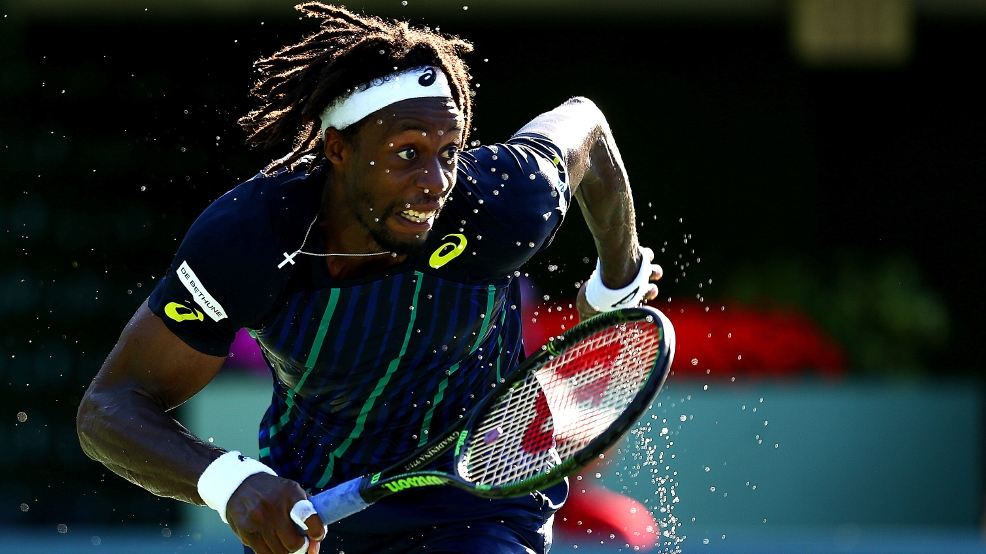 KEY BISCAYNE, FL - MARCH 31: Gael Monfils of France in action against Kei Nishikori of Japan in their quarter final match during the Miami Open Presented by Itau at Crandon Park Tennis Center on March 31, 2016 in Key Biscayne, Florida. (Photo by Clive Brunskill/Getty Images)

MUNICH, Germany - It’s been a difficult start to the spring season for Gael Monfils. He had to withdraw from Miami and Monte Carlo due to knee and Achilles injuries, which was particularly tough given he went deep at both tournaments last year - quarterfinals of Miami, finals of Monte Carlo.

But the former World No.6 is back in action this week at the BMW Open in Munich, Germany, which you can watch all week on Tennis Channel (check the listings here on our TV schedule page).

And to remind you of the Frenchman’s greatness, in no particular order, we at Tennis Channel compiled 10 of Gael Monfils’ Most Magical Hot Shots from over the years. Here they are - enjoy!

This sprint and save at Montreal in 2009:

This behind-the-back flicker at Queen’s Club in 2006:

This miracle forehand pass at Davis Cup in 2014:

This left-handed winner at Montpellier in 2014:

This overhead fake-out at Halle in 2013:

This crazy forehand angle at Washington in 2016:

This tweener reflex at Davis Cup in 2014:

And last but not least, the longest slide at Roland Garros in 2014: