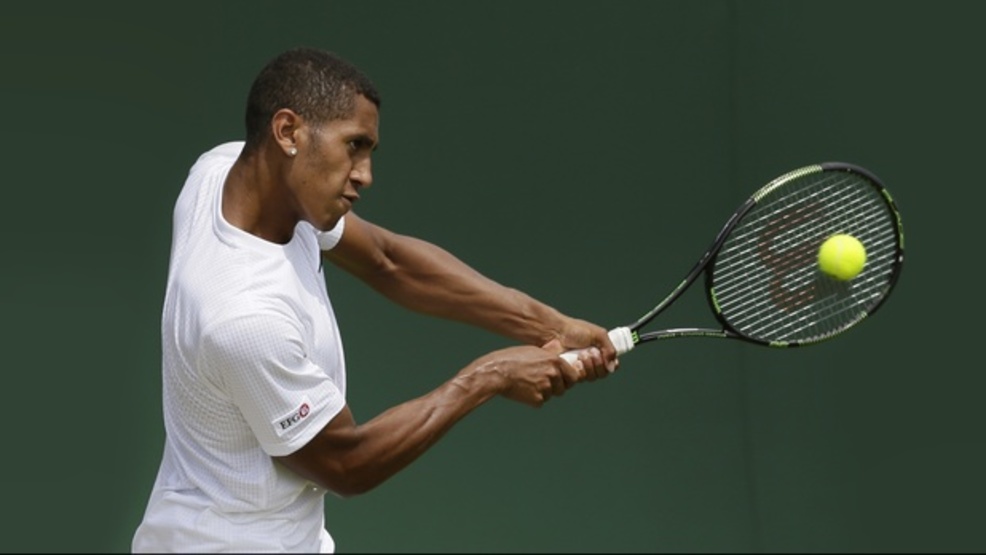 10 Players to Watch in Aussie Open Qualifying, Including Michael Mmoh

With three wins on the same courts main draw matches are played on, qualifiers are always a threat at the Australian Open. Last year, 13 qualifiers ended up winning rounds in the main draw, with two of them—both women, Jennifer Brady and Mona Barthel—going all the way to the second week.

With that in mind, and in no particular order whatsoever, we at TENNIS.com thought we’d pinpoint 10 players to watch in this year’s Australian Open qualifying tournament, which takes place this week:

1. Michael Mmoh (USA) - One of the most promising up-and-comers in American men’s tennis, Mmoh—a former junior No. 2—is fresh off the best week of his young career, coming out of qualifying and reaching his first ATP tour quarterfinal at Brisbane (and scoring the best win of his career along the way against a No. 33-ranked Mischa Zverev). He’s definitely one to watch this week

2. Sachia Vickery (USA) - If her first outing of the season is anything to go by, Vickery might not just be a threat in the qualifying, she may be a threat in the main draw. In Auckland last week, she not only reached the first WTA semifinal of her career, but she also scored the biggest win of her career against Agnieszka Radwanska—and on Monday she jumped to a new career-high ranking of No. 105.

3. Bernard Tomic (AUS) - Tomic had a difficult year in 2017, starting it at No. 26 and ending it at No. 140. But the former World No. 17 and Wimbledon quarterfinalist is hoping to turn those tides this year. He’s played well at the Australian Open before—he’s been to the third round or better six times, including the last three years in a row—but this is his first time in 10 years playing the qualifying

4. Vasek Pospisil (CAN) - Anyone who’s been to a Wimbledon quarterfinal and gone as high as No. 25 in the world can always catch fire again, and Pospisil showed flashes of that former brilliance in 2017, stunning then-World No. 1 Andy Murray at Indian Wells and getting himself back into the Top 70. Since last summer he’s dipped back outside the Top 100—he’ll try to bounce back in Melbourne.

5. Roberta Vinci (ITA) - Last season was a forgettable one on the tour for Vinci, but a year ago at this time she was ranked in the Top 20—and she was in the Top 10 the year before—which makes her incredibly dangerous in the qualifiers this week. Her best Grand Slam results have come at the US Open, most notably reaching the final in 2015, but she is a two-time doubles champion in Melbourne.

6. Taylor Fritz (USA) - Having gone as high as No. 53 in 2016, Fritz dipped out of the Top 100 in 2017—but this week the 20-year-old California native bounced back inside the elite, rising from No. 104 to No. 92 after reaching the final of a Challenger event in New Caledonia (an island in the South Pacific). He’s been in the main draw of the Australian Open the last two years—can he make it three in a row?

7. Sara Errani (ITA) - Like Vinci, Errani has seen better times on the tour—a former No. 5 and French Open finalist—but she’s done well in Melbourne before, reaching the quarterfinals here in 2012, and Vinci’s two doubles titles here came alongside Errani. And though most of it wasn’t at the WTA main draw level, the Italian did win 14 of her last 19 matches of 2017, so perhaps a revival is brewing?

8. Dustin Brown (GER) - They don’t come more dangerous than Brown, who’s been a giant-killer in the past. He has seven Top 20 wins to his name, including four Top 10 wins—the most famous of which came against Rafael Nadal at Wimbledon in 2015. His current ranking of No. 126 may not have gotten him into the main draw here, but he was firmly inside the Top 100 as recently as last summer.

9. Vera Zvonareva (RUS) - The most prominent new mom on tour, Serena Williams, is holding off on her comeback for now, but two former Top 10 players who’ve come back to the tour as moms are scheduled to play the qualifying in Melbourne. One of them is Zvonareva, a two-time Grand Slam finalist and former No. 2 that is trying to reach her first main draw at a major in three years.

10. Patty Schnyder (SUI) - Then there’s Schnyder, who came out of retirement in 2015 and who’s trying to reach her first main draw at a major since the 2011 French Open (which is where she first retired from the tour). The Australian Open is actually the Swiss lefty’s best major—she reached her only Grand Slam semifinal here in 2004 (and then another two quarterfinals the next two years).