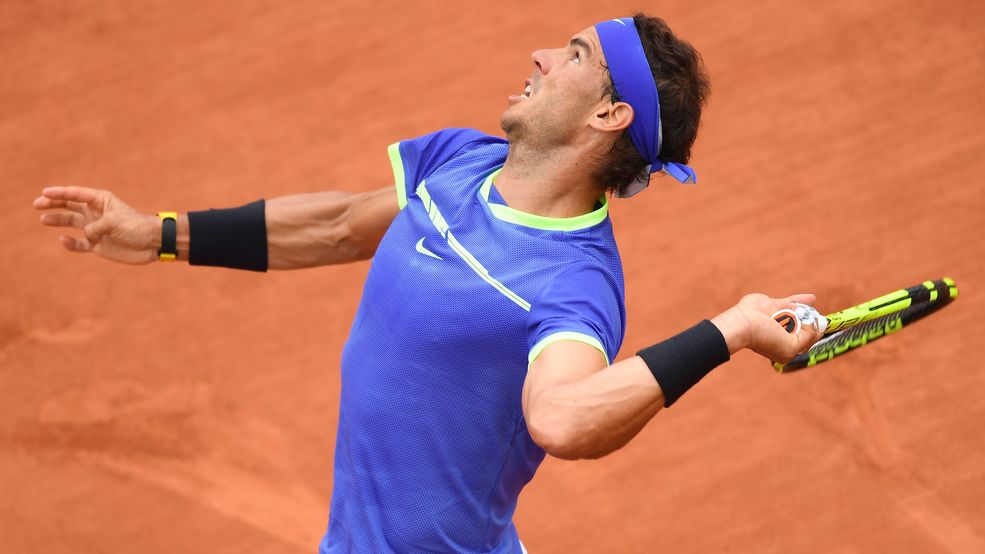 Today’s Trivia Question: The last time a player outside the Big Four was ranked inside the Top 2 on the ATP rankings was the week of July 18, 2005, at No.2. Who was that player?

3. Nadal’s only adding ranking points from here. This was the round Nadal withdrew from last year due to a wrist injury, and he didn’t play again until the Olympics - so it’s all gravy for two months now.

4. Venus’ opponent today loves birds, and she’s been soaring up the rankings too. Mertens, who started the year at No.124 and has more than halved that to her current ranking of No.60, absolutely loves birds - she has pheasants, peacocks, chickens and cranes. The Belgian also has four dogs.

5. Venus is in the third round of a major for the 58th time, Mertens for the first time. Venus has a 47-10 record in third round matches at majors - will that experience help her against Mertens today?

7. Wozniacki’s trying to reach the second week here for just the second time. She reached the quarterfinals in 2010, falling to Schiavone, who went on to win the title - other than that, the Dane has lost in Week 1 in all eight of her other appearances here. She takes on American teenager Bellis today.

9. Rogers has a very good shot against Mladenovic. Even though she’s ranked 35 spots lower in the rankings, No.49 compared to No.14, Rogers reached the quarters here last year, beat Mladenovic in their only career meeting, and has nine career Top 20 wins - seven of which have come on clay.

Yesterday’s Trivia Answer: The only active player other than Venus who was in the 1997 French Open women’s draw is Patty Schnyder.