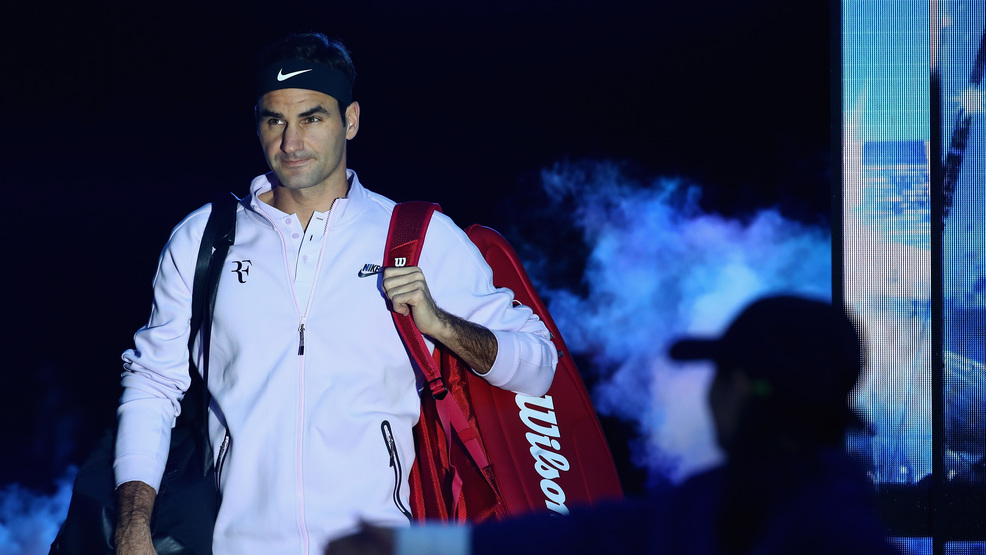 LONDON, ENGLAND - NOVEMBER 12: Roger Federer of Switzerland walks out for his opening singles round robin match against Jack Sock of the United States during the Nitto ATP World Tour Finals at O2 Arena on November 12, 2017 in London, England. (Photo by Clive Brunskill/Getty Images)

10 Things to Know at the ATP Finals: Tuesday

LONDON, UK - The first wave of round robin matches is in the books and the second wave begins today as Marin Cilic faces Jack Sock and Roger Federer squares off against Alexander Zverev.

Here are 10 Things To Know at the Nitto ATP Finals on Tuesday:

1. Cilic and Sock are both trying to get on the board today. They both lost their first round robin matches on Sunday, Cilic falling to Zverev and Sock falling to Federer. Here are the highlights:

2. Sock is looking for the equal-biggest win of his career. Coming into this week, Sock’s best career win in terms of ranking was against a No.5-ranked Kei Nishikori in the quarterfinals of Indian Wells this year. If he manages to defeat the No.5-ranked Cilic today he’ll tie that best career win.

3. Cilic is vulnerable at this event. The 2014 US Open champion and 2017 Wimbledon finalist is just 1-6 lifetime here, his only win coming against Nishikori in his last round robin match last year.

4. Cilic is looking for revenge against Sock. Sock has beaten Cilic in both of the pair’s previous career meetings, first in an absolute nail-biter in Davis Cup play last year (4-6 3-6 6-3 6-4 6-4) and then routinely in straight sets in the third round of the US Open earlier this season (6-4 6-3 6-3).

5. Federer is the most accomplished player in ATP Finals history. He has the most appearances (15), most finals (10), most titles (six) and most match wins (53) in the tournament’s entire history.

6. Zverev has been a rough customer for Federer, though. They’re a dead even 2-2 in the head-to-head, and Zverev actually won the pair’s only career hardcourt meeting - which was the last time they played, too - in the final of the Masters 1000 tournament in Montreal this summer, 6-3 6-4.

7. Federer is 12-1 against Top 10 players this year. BUT the one loss came against the man he’s playing today, Zverev, in the aforementioned Montreal final this summer - here are the highlights:

8. Like Sock, Zverev is going for the equal-biggest win of his career. Coming in, Zverev’s best career win in terms of ranking was against a No.2-ranked Novak Djokovic in the Rome final this year.

10. You can watch Day 2 from the ATP Finals live on Tennis Channel (see the listings here!)