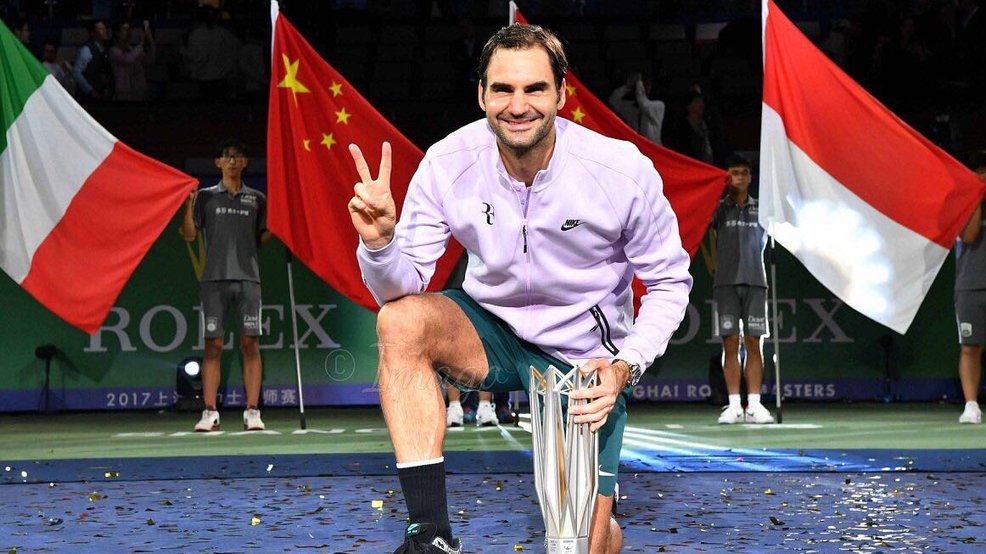 By defeating Rafael Nadal to capture the Shanghai Rolex Masters title on Sunday, Roger Federer continued an incredible 2017 revival that’s taken him all the way back to No.2, with No.1 within reach.

Here are 15 Things Federer Did By Winning Shanghai:

1. He won his second Shanghai title. Federer also won this title in 2014, beating Simon in the final (after beating then-No.1 Djokovic in the semifinals). Federer was also runner-up to Murray in 2010.

Keep in mind that before this year, Federer had never even beaten Nadal more than twice in a row.

6. He won his sixth ATP World Tour title of the year. Federer’s won the Australian Open, Indian Wells, Miami, Halle, Wimbledon and Shanghai, which ties him with Nadal for most ATP World Tour titles this year (he won Monte Carlo, Barcelona, Madrid, Roland Garros, the US Open and Beijing).

9. He recorded his 700th career match win on hardcourts. Federer’s victory over Nadal improved his career win-loss record on hardcourts to 700-142 (an incredible .831 winning percentage).

10. He got his 10th career win over a World No.1. It was his third such win over Nadal, having also beaten the Spaniard when he was No.1 in the finals of Madrid in 2009 and the ATP World Tour Finals in 2010. The other seven wins came against Djokovic (five times), Hewitt (once) and Roddick (once).

12. He snapped Nadal’s 16-match winning streak. Nadal hadn’t lost since the quarters of Cincy to Kyrgios (he went 7-0 to win the US Open, 5-0 to win Beijing and 4-0 to reach the final of Shanghai).

15. He kept his hopes of year-end No.1 alive. It’s still a longshot, but Federer has now cut Nadal’s lead in the year-to-date standings to 1960 points - had he lost, Nadal would’ve all but clinched it.

And if you’ve made it this far, here are highlights from Federer’s big win over Nadal in Shanghai: