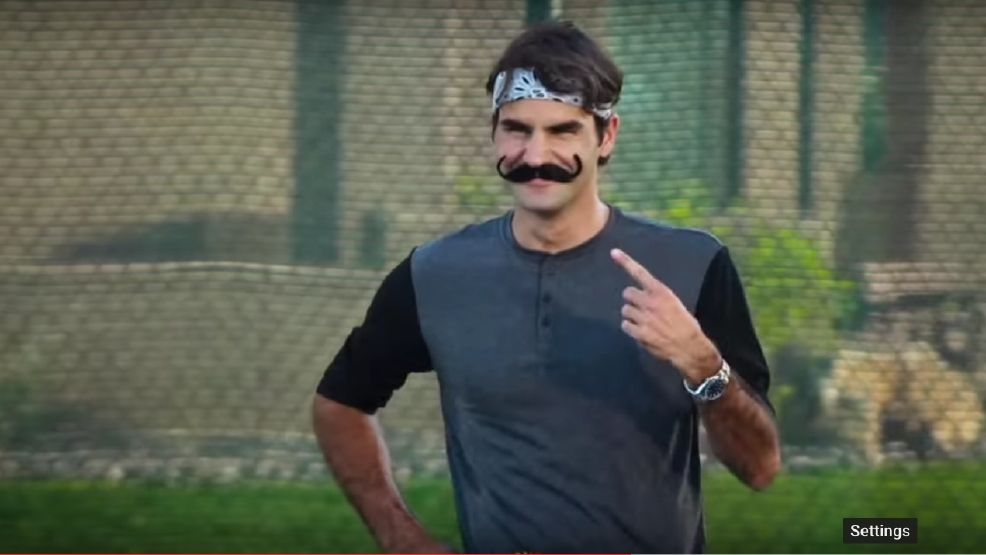 The Oscars are coming up, so we at tennischannel.com thought it’d be fun to look back at the times tennis players stepped out into the world of acting. Some were hard to find, and we probably missed some, but here are 20 times tennis players acted in movies, TV shows, music videos and more:

2. Monica Seles waited tables at her own All-Star Cafe on ‘90s sitcom The Nanny:

3. Andre Agassi entered the world of sitcoms too, with a virtual reality cameo on Mad About You:

4. Roger Federer spent hours in make up to go incognito for a Wilson commercial:

8. And both Williams sisters had an Oreo-inspired war of words with another sibling power pair:

9. A young Ernests Gulbis acted with his mother in the 1998 Latvian film “The Devastated Nest”:

11. With Scooter’s help, Anna Kournikova helped the police in 2000 comedy film Me, Myself & Irene:

14. And Novak Djokovic and Gael Monfils were in the music video for Hello by Martin Solveig:

15. Here’s Djokovic showing off his character acting, live and in front of thousands of tennis fans:

16. Andy Roddick had a painful travel day in this American Express commercial:

17. Victoria Azarenka moonlighted as a flight attendant in a Redfoo music video (see 2:10):

20. And a whole host of tennis stars witnessed the greatest match in tennis history in 7 Days In Hell: