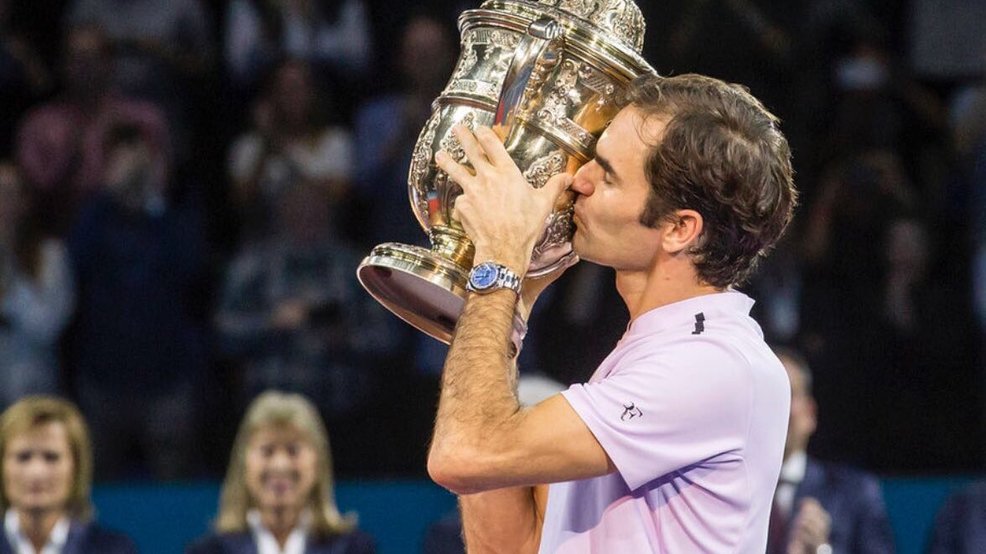 Roger Federer came alive on home soil this past week, beating Juan Martin del Potro in three sets to not only win the Swiss Indoors Basel, but also to extend his winning streak to 10 matches in a row.

Here are five things the World No.2 achieved by winning the ATP World Tour 500-level title:

1. He won his ATP World Tour-leading seventh title of 2017. Federer tied Nadal at six in Shanghai two weeks ago, and the Swiss now passes the Spaniard for most ATP World Tour titles on the year.

Here are highlights from Federer’s 6-7(5) 6-4 6-3 championship victory against del Potro:

5. He kept himself in contention for year-end No.1. Federer earned 500 points with his win at the ATP World Tour 500-level event, which pushes him to within 1,460 ranking points of Nadal (Nadal has 10,465 and Federer now has 9,005). Nadal could clinch year-end No.1 in Paris this week, though

Here are Federer’s thoughts on his win in Basel and how he sees the rest of 2017 playing out: