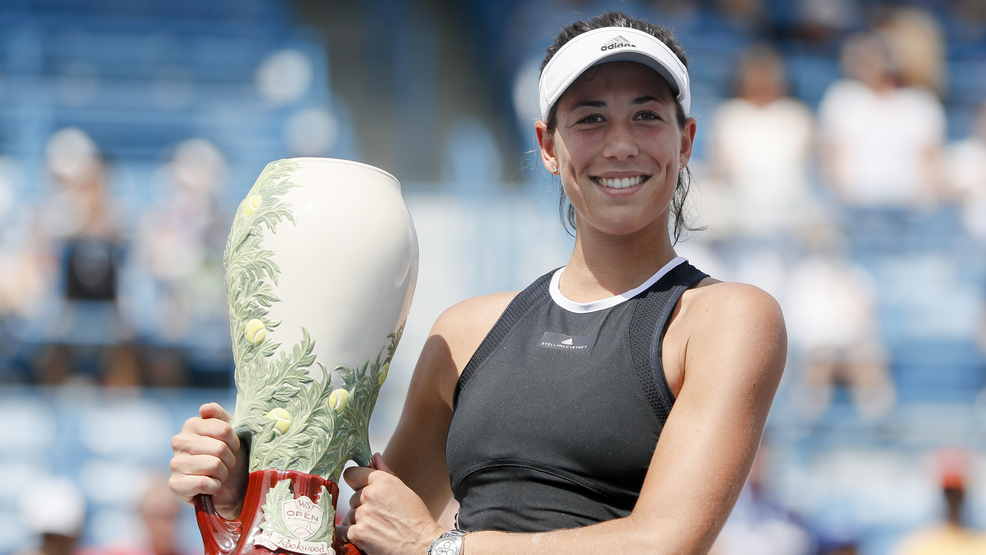 There’s a new World No.1 in women’s tennis, as Spain’s Garbine Muguruza takes over from Karolina Pliskova this week and becomes the 24th woman ever to reach the pinnacle of the sport.

Here are 5 Fast Facts about the 23-year-old Spaniard:

1. She’s a two-time Grand Slam champion. Muguruza’s already got two Grand Slam titles under her belt at the young age of 23, first at the French Open last year and then at Wimbledon this year.

Here are some highlights from her championship win over Serena Williams at the 2016 French Open:

2. She’s actually the only player ever to have wins over both Williams sisters in a major final. Apart from each other, only a handful of players have beaten one of the Williams sisters in a major final. Serena’s lost to Maria Sharapova, Sam Stosur, Angelique Kerber and Muguruza, and Venus has lost to Martina Hingis and Muguruza - the Spaniard is obviously the only one who’s on both lists.

Here are some highlights from Muguruza’s win over Venus Williams in the 2017 Wimbledon final:

3. She went into Wimbledon ranked No.15 in the world. Muguruza had already been as high as No.2 in the world, but after she lost fourth round at Roland Garros and her champion’s points from the year before fell off, she fell to No.15 in the rankings. But since the start of Wimbledon she’s won 19 of 22 matches and picked up titles at the All-England Club and Cincinnati - and now she’s World No.1.

Check out some highlights from her near-flawless victory over Simona Halep in the Cincy final:

4. She’s the second Spanish woman to reach No.1. Arantxa Sanchez-Vicario spent 12 weeks as No.1 during 1995, trading it back and forth with Steffi Graf between February and June. Sanchez-Vicario is also one of two other Spanish women ever to win a major - Conchita Martinez did it too.

5. Spaniards are No.1 on both the men’s and women’s rankings. For the first time in tennis history, the No.1 man and No.1 woman are both from Spain. Rafael Nadal assured himself of staying at No.1 after the US Open by winning his quarterfinal match (and by Roger Federer losing his).

Get to know the new World No.1 in this exclusive Tennis Channel interview: