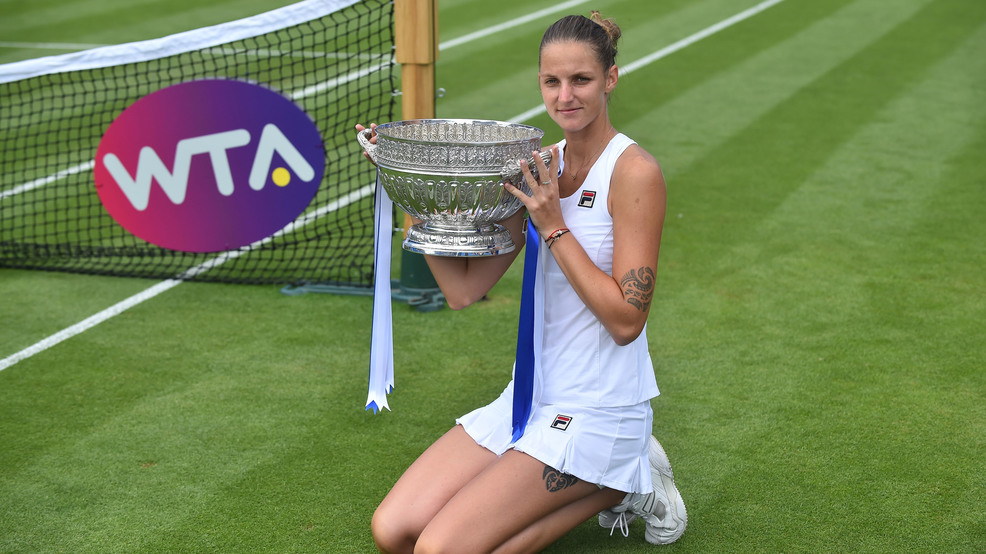 There’s a new World No.1 in women’s tennis, as the Czech Republic’s Karolina Pliskova has taken the helm from Angelique Kerber and become the 23rd woman to reach the pinnacle of the sport.

Here are 5 Fast Facts about the new World No.1:

1. She’s won four big titles over the last 12 months. A player’s ranking is made up of their results over the last 52 weeks, and Pliskova’s won four Premier-level titles in that span - Cincinnati last year, and Brisbane, Doha and Eastbourne this year. Eastbourne came the week before Wimbledon.

Here are some highlights of her championship win over Caroline Wozniacki in Eastbourne:

She beat Serena Williams to reach the 2016 US Open final - here are some highlights:

4. She has a twin. Her lefty twin sister, Kristyna Pliskova, has been climbing up the rankings too, recently breaking the Top 50 for the first time. She’s also something of an ace machine - last year she actually broke the record for most aces in a single match, hitting 31 against Monica Puig in Australia.

5. She’s the second Czech woman to reach No.1. Martina Navratilova, an 18-time Grand Slam champion and one of, if not the, greatest player of all time, was the first Czech woman to do it.