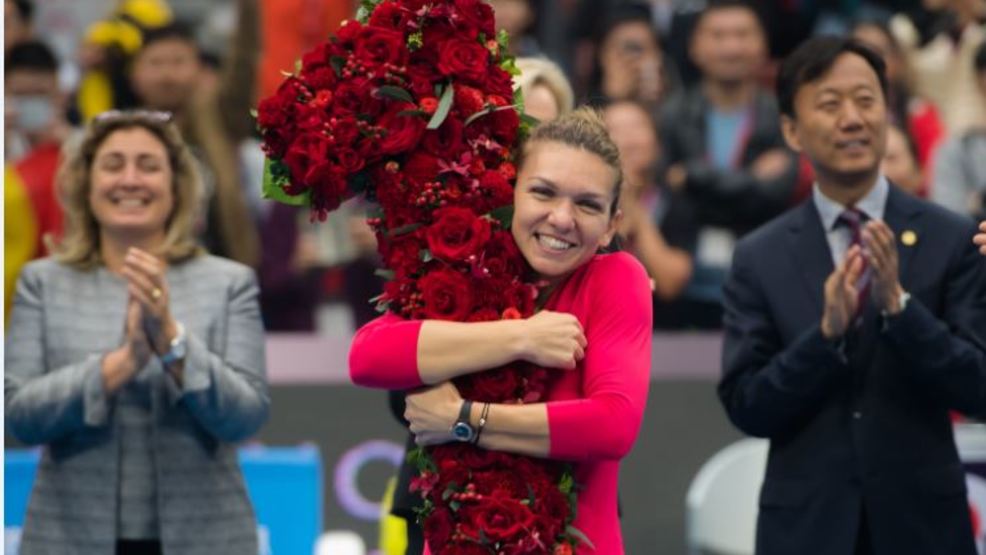 She’d been knocking on the door for a while, and now she’s finally in - Romania’s Simona Halep is the new World No.1 in women’s tennis, taking over from Spain’s Garbine Muguruza on Monday.

Here are 5 Fast Facts about the 26-year-old Romanian:

But it was fourth time lucky - she beat Ostapenko in the Beijing semifinals on Saturday to clinch it:

2. She’s a two-time major finalist and three-time Premier Mandatory champion. Halep has been to two French Open finals, in 2014 (losing to Maria Sharapova) and this year (losing to Ostapenko), and her biggest titles are Premier Mandatories at Indian Wells in 2015 and Madrid the last two years.

Here are highlights from her third and most recent Premier Mandatory title at Madrid in May:

3. She’s the fifth woman to hold No.1 this year. Serena Williams, Angelique Kerber, Karolina Pliskova, Muguruza and now Halep have spent time at No.1 in 2017. This is the second year since WTA Rankings began in 1975 that five different women have spent time at No.1 - it also happened in 2008 with Justine Henin, Maria Sharapova, Ana Ivanovic, Jelena Jankovic and Serena Williams.

5. She’s the second-oldest first-time No.1 in WTA Rankings history. Only Kerber was an older debutante at No.1 - the German was 28 when she ascended to the top spot after the 2016 US Open.

But Halep says she has many years left to play: “Of course it’s a great thing,” she said from Beijing. “Many others have done it, and I’m one of them. I’m really happy about that. But I’m only in the middle of my career, so I have many years ahead. I just want to stay the same, focused, and do my job.”