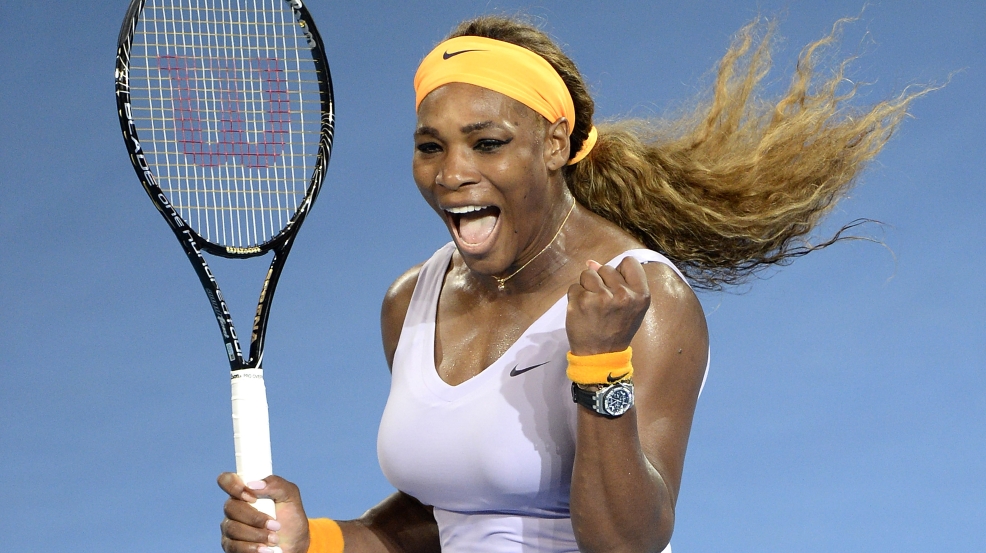 BRISBANE, AUSTRALIA - JANUARY 04: Serena Williams of the USA celebrates victory after winning her finals match against Victoria Azarenka of Belarus during day seven of the 2014 Brisbane International at Queensland Tennis Centre on January 4, 2014 in Brisbane, Australia. (Photo by Bradley Kanaris/Getty Images)

And Another Reason Serena Williams Is Amazing

Any way you look at it, the career of Serena Williams is absolutely legendary - most notably her 23 Grand Slam championships, which are the most for any player in the Open Era, male or female.

But there’s something about Serena holding the No.1 ranking right now that’s mindblowing.

She’s also pregnant and hasn’t played since winning the Australian Open in January.

But there’s another reason Serena being No.1 right now is statistically amazing.

She only has six tournaments on her ranking.

A player’s ranking can have up to 16 tournaments on it on the WTA and almost everyone else has all 16 of those slots filled. Many players have played even more and can discard their worst results.

But Serena’s only played seven tournaments over the last 12 months, and one of them was the Rio Olympics, which didn’t offer any ranking points, so she’s left with only six tournaments on her ranking.

She’s done so well at those six tournaments she still has the most ranking points.

Given the fact that 10 of the 16 slots on her ranking are zeroes, it’s amazing she’s still No.1 right now.

Here are highlights from the last time the Queen of Tennis took the court in Australia: