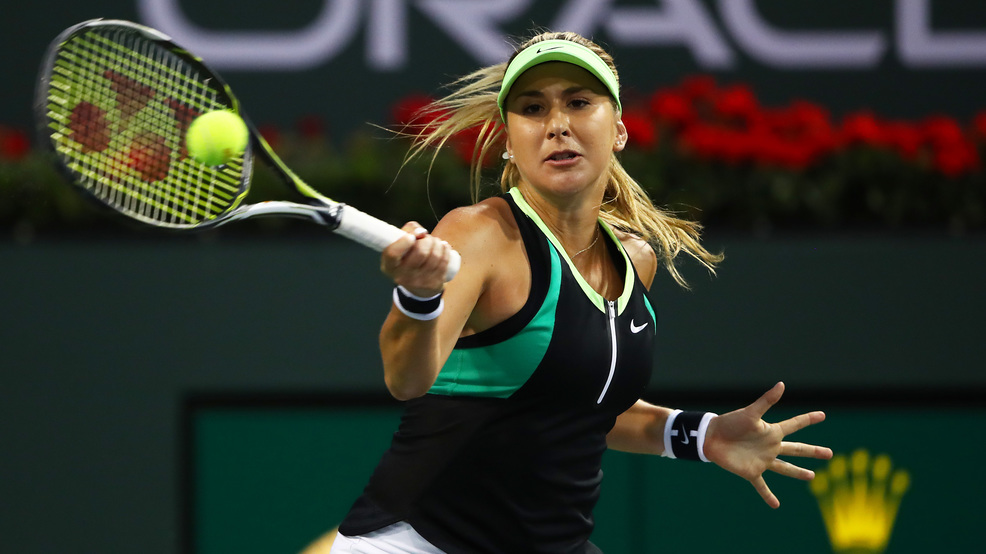 INDIAN WELLS, CA - MARCH 08: Belinda Bencic of Switzerland plays a forehand against Tsvetana Pironkova of Bulgaria in their first round match during day three of the BNP Paribas Open at Indian Wells Tennis Garden on March 8, 2017 in Indian Wells, California. (Photo by Clive Brunskill/Getty Images)

Belinda Bencic Has Quietly Stormed Back Up the Rankings

It’s been one of the most unfortunate stories in recent memory - after breaking the Top 10 as an 18-year-old, Belinda Bencic was almost immediately hit with two big injuries, first a back injury that sidelined her for two months in 2016 and then a left wrist injury that required surgery and kept her out for five months in 2017. Having once been as high as No.7, she fell as low as No.318 this September.

But in the last three months, Bencic has completely flipped that script.

Since returning to the tour this September she’s won 28 of 31 matches and four of the seven tournaments she’s played, picking up two titles at the WTA 125K Series level (Hua Hin and Taipei) and two ITF Circuit titles (St. Petersburg and Dubai, which are among the biggest ITF Circuit events).

Her win in Dubai this past weekend, where she beat fellow injury-returnee Ajla Tomljanovic for the title, pushed her up to No.74 in the world, a far cry from the No.318 she came back to the tour as.

Still just 20 years old, could the talented young Swiss be primed for another run to the top of the game in 2018? If her past accomplishments are anything to go by, the answer is probably yes.

Here are a few reminders of what she’s already done in her career - first, when she made it all the way to her first Grand Slam quarterfinal at the US Open in 2014, when she was just 17 years old:

Then there was her first WTA title at the Premier event in Eastbourne in 2015, where she took out one of the most accomplished grass court players on the tour - Agnieszka Radwanska - in the final:

And then what’s been largely considered her crowning achievement - not just winning the biggest title of her career at the Premier 5 event in Toronto in 2015, but stunning Serena Williams along the way. Williams wasn’t just World No.1 at the time, she had also won the last four Grand Slams in a row:

Can the former World No.7 get back to her previous heights in 2018? Watch this space