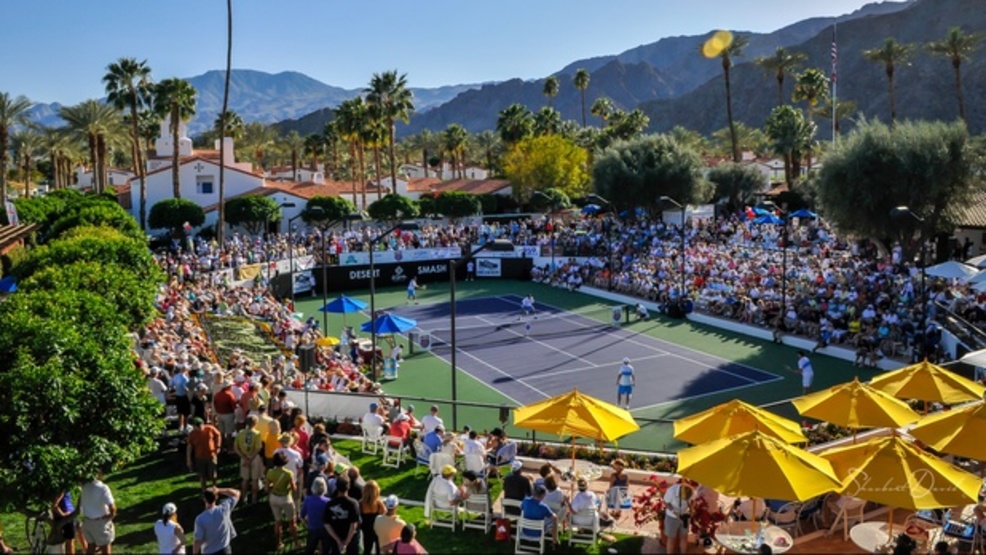 The 14th annual Desert Smash charity tennis event is just a few days away—next Tuesday, March 6, to be exact—and there are a lot of reasons to mark your calendar. Here are just five of those reasons:

1. Serena Williams is hosting it. It’s been a life-changing last 13 months for Williams, who hasn’t played a WTA tournament since winning last year’s Australian Open as she took time off the tour to become a mom. But she’s scheduled to play her first WTA tournament back at the BNP Paribas Open in Indian Wells, and she’s going to host the 14th annual Desert Smash on the eve of that comeback.

Serena’s a 23-time Grand Slam champion and former world No. 1 who has also done extremely well at Indian Wells. The American has won the Premier Mandatory-level tournament twice—in 1999 and 2001.

2. Serena’s not the only notable name who will be there. Some of the other noteworthy names confirmed for the event: actor and model Colton Haynes, perhaps best known from TV’s Teen Wolf and Arrow; world-famous DJ Bob Sinclar, who’ll be dropping beats at the evening cocktail party; former NBA star Jason Collins; and actor and model Boris Kodjoe, who will host the Live-Ball play.

Watch out for more tennis player and celebrity announcements for the event in the coming days.

3. It’s supporting some great causes. The Desert Smash Pro/Celebrity Tennis Exhibition will benefit the Yetunde Price Resource Center, which was established by the Williams sisters and named after their sister, Yetunde, who was killed by senseless gun violence. The center works with other Southern L.A. partner organizations to offer a variety of free programs in safe, healing-centered environments.

Also, the annual Live-Ball play will benefit Sophie’s Voice Foundation, which helps children with spina bifida—or open spine—which is the most common permanently disabling birth defect in the country.

4. It’s being held at the beautiful La Quinta Resort & Club. The world-renowned La Quinta Resort & Club in La Quinta, California—consistently ranked one of the best tennis resorts in the United States—is where Desert Smash began 14 years ago. And the venue has even more history than that, too—the hotel opened in 1926 and has been a hangout for stars and celebrities since its inception.

5. Tennis Channel will bring it to you live. Tennis Channel, which is also a presenting sponsor for the event, will bring live national television exposure for the first time in the exhibition’s history. From live updates to player and celebrity interviews and digital and social media activity throughout the day, if you can’t be there in person, you can get as close to it as possible with Tennis Channel’s coverage.

If you can go, though, you can find more information and how to buy tickets at desertsmash.com.

This Week on Tennis Channel Plus Week of 2/26

- Watch all the action from the Mexican Open on the Tennis Channel App starting February 26 at 5:00 p.m. ET, including extended coverage of three outer courts only available on Tennis Channel Plus.