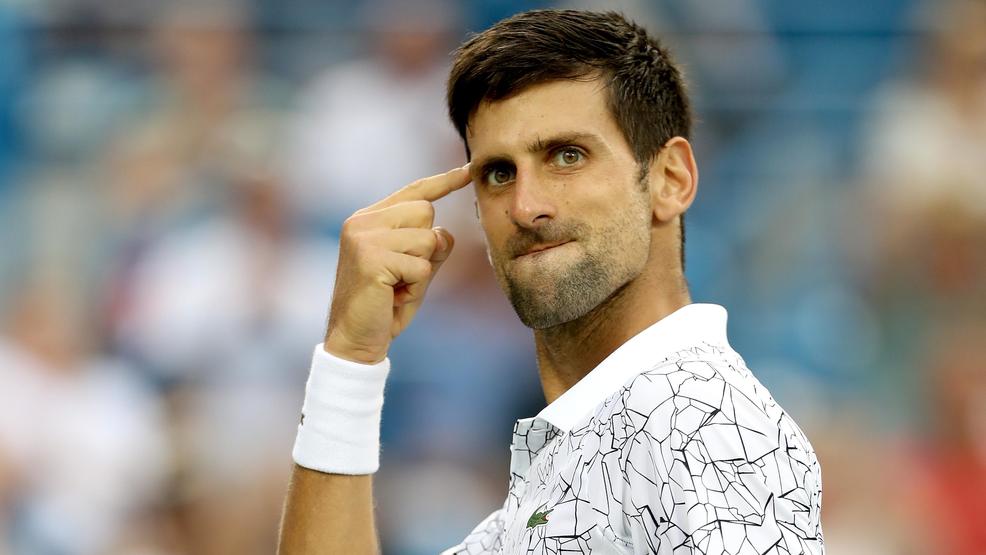 Djokovic Does Double Duty to Secure a Spot in Cincinnati Semifinals

Former No. 1 Novak Djokovic did double duty to reach the semifinals of the Western & Southern Open in Cincinnati on Friday, finishing his rain-suspended third-round match against Grigor Dimitrov before returning to the court shortly afterwards to win a grueling quarterfinal match against Milos Raonic.

When rain stopped play on Thursday night, Djokovic was locked in an absolute battle against Dimitrov—he’d reeled off five games in a row from an early 6-2, 3-1 deficit to even the match at a set apiece, and had just broken serve in the third game of the third set to inch ahead, 2-6, 6-3, 2-1.

When play resumed on Friday afternoon, the two men held until the No. 10-seeded Djokovic served out a 2-6, 6-3, 6-4 win against the No. 6-seeded Dimitrov, his eighth win in their nine career meetings.

And shortly afterwards—after Roger Federer beat Leonardo Mayer in straight sets in his own rain-delayed third round match—Djokovic came right back out onto center court to take on Raonic, a player he’d dominated in the past, winning all eight of their career meetings (and 19-of-20 sets, too).

This one was anything but routine, though. Djokovic had to rally from 5-3 down to win the first set, and after Raonic snuck out an early break in the second set and eventually evened the match at a set all, Djokovic again found himself an early break down, getting broken in the third game of the decider.

“I’m very pleased with my fighting spirit and staying mentally tough to overcome deficits in both matches,” Djokovic told ATPWorldTour.com. “Obviously the match against Dimitrov yesterday didn’t start so well for me. He started tremendously well. We were not the only ones [dealing with rain interruptions], but it just makes it harder, because you’re warming up, you’re cooling down.

“We went home around 10:30, came back this morning again to play him, and then [you have a] couple hours of rest. And to go back on the court again against Raonic, who was serving 140-plus miles from the first game, that got me going, for sure, from the beginning.”

The Serb is two wins away from becoming the first player ever to complete the “Golden Masters”, which means winning all nine Masters 1000 events. Cincinnati is the only title to elude him.