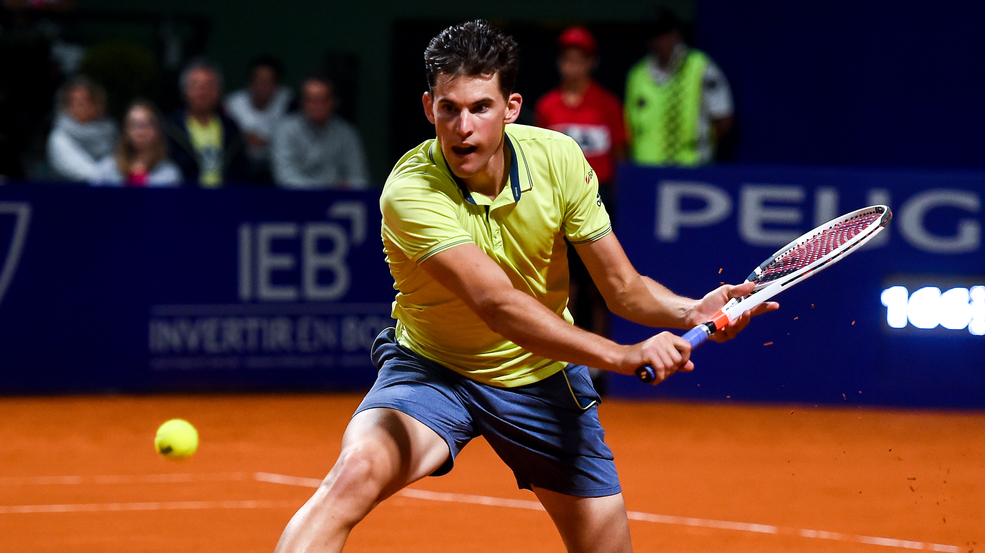 Dominic Thiem Hopes to Keep Crushing It on Clay in Rio

That would be Dominic Thiem, who’s been absolutely crushing it on clay the last few years.

Most notably, his two best Grand Slam results both came at Roland Garros the last two years, with back-to-back semifinal finishes in 2016 (falling to Novak Djokovic) and 2017 (falling to Rafael Nadal).

But his incredible clay court results don’t stop there by any means. In 2017 he put together a 24-5 record on the surface, which not only includes the aforementioned run in Paris, but also the two best Masters 1000 results of his career - reaching the final of Madrid and the semifinals in Rome.

And while Nadal went 24-1 on clay in 2017, that one loss was actually at the hands of Thiem, who outdid the Spaniard in straight sets, 6-4 6-3, in the quarterfinals of Rome. Here are the highlights:

With two wins in Davis Cup two weeks ago and four wins en route to the ATP World Tour 250-level title in Buenos Aires last week, Thiem is already off to a 6-0 start on clay this year, and he’s hoping to keep that momentum going this week at the Rio Open, where he’s the defending champion.

On Monday, the World No.6 caught up with the ATP World Tour about his title run here a year ago.

“I came in very late - I was playing Rotterdam the week before - so I started here Tuesday. I just came in from Europe Monday, I think, so it was not the best preparation,” he recalled. “But I increased my level from match to match, so it was at the end an amazing week I have many good memories.”

In case you want more reasons Thiem is one to watch on clay, here are a few: seven of his nine career ATP World Tour titles have come on clay; six of his seven career wins over Top 5 players have come on clay; and he’s one of only two players ever to have wins over all of the Big Four - Nadal, Djokovic, Roger Federer and Andy Murray - on clay (the other player being Stan Wawrinka).

Thiem is seeded No.2 in Rio after World No.3 Marin Cilic. He begins Tuesday against Dusan Lajovic.

You can watch live action from Rio all week on Tennis Channel - check the listings here!