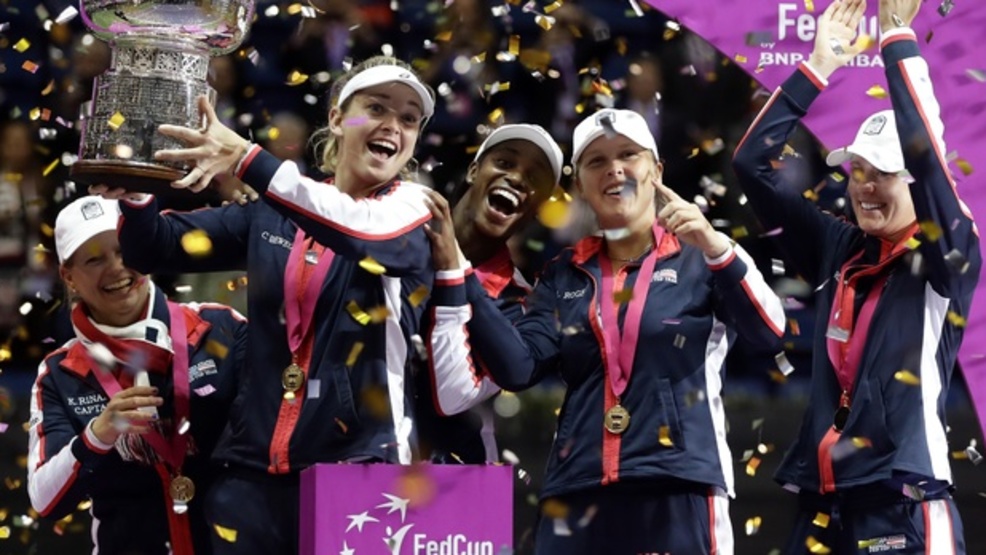 Last weekend, the stars of the ATP tour kicked off the new season of Davis Cup, and this weekend the WTA stars—including Serena Williams—will get their new season of Fed Cup underway.

Here are 10 things to know about the first round of Fed Cup:

1. Eight teams are playing for a spot in the World Group semifinals this weekend. There are four first-round ties in the World Group—Belarus against Germany, France against Belgium, Czechia against Switzerland and the US against the Netherlands—and the winners move into the semifinals.

2. The US won it all last year. CoCo Vandeweghe led the US to victory in all three of its ties last year, winning all six of her singles rubbers throughout the year and being a part of the tie-clinching doubles wins in the semis and final (with Bethanie Mattek-Sands and Shelby Rogers, respectively).

3. The US has fielded a dynamite team this weekend. CoCo will be joined by not just one, but both Williams sisters—as well as Lauren Davis, who nearly knocked Simona Halep out of the Australian Open a few weeks ago (holding triple match point before ultimately going down 15-13 in the third set).

4. Serena’s going to play a tour-level match for the first time in more than a year. The 23-time major winner’s last tour-level match was beating Venus for that 23rd major in Australia last January.

Serena has never lost in singles in Fed Cup in her career—read about her Fed Cup history here.

5. Venus isn’t the only Top 10 player in World Group action this weekend. In addition to the World No. 8, No. 5-ranked Karolina Pliskova will try to lead the Czechs to victory against Switzerland.

6. Two more Top 10 players are trying to get their countries closer the World Group. No. 2 Halep leads Romania in a World Group II tie while No. 6 Jelena Ostapenko plays a zonal tie for Latvia.

7. The newest Top 20 player is in action too. New world No. 20 Elise Mertens surprised the tennis world with a run to her first Grand Slam semifinal at the Australian Open, falling to eventual champion Caroline Wozniacki, and she’ll take the court for the first time since then as Belgium takes on France.

8. Mladenovic is back on the winning track. Leading the French team this weekend is Kristina Mladenovic, who snapped out of a 15-match losing streak to reach the St. Petersburg final last week.

She was a runner-up at the Premier event to Petra Kvitova, who’s on the Czech team this weekend.

9. A fast-rising 15-year-old is making her Fed Cup debut. Marta Kostyuk has had quite the start to the year. Not only did she qualify for her Grand Slam debut at the Australian Open and make it all the way to the third round, she then followed that up with a $60,000 ITF Circuit title in Burnie, Australia.

You can watch Fed Cup action all weekend on Tennis Channel! Check out the listings now!