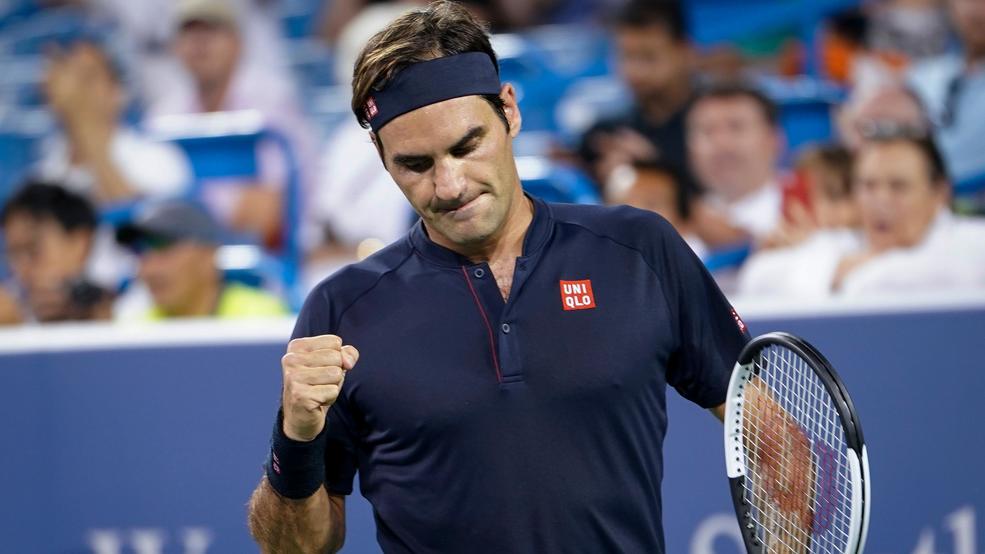 A tireless Roger Federer wowed the crowds not once but twice at the Western & Southern Open on Friday, beating Leonardo Mayer in straight sets in a rain-delayed third-round match and then returning to center court at night to edge longtime rival Stan Wawrinka in a three-set quarterfinal thriller.

Federer’s first match of the day started off routinely but got complicated towards the end. He needed just 23 minutes to take the first set from Mayer, 6-1, but neither player was able to break serve in the second set and it went down to a tiebreaker. Federer stormed ahead 5-1 in the breaker but ended up letting that lead go and eventually closed out a tight 6-1, 7-6 (6) victory with his 10th ace of the match.

He stepped back onto center court a few hours later for his much-anticipated quarterfinal match against Wawrinka—who had also completed his third-round match earlier in the day, against Marton Fucsovics of Hungary—and from the beginning the two Swiss were locked in an absolute battle.

Though Federer had four break points—including double set point with Wawrinka serving 5-6, 15-40—neither player was able to break serve in the first set and Wawrinka raced through the tiebreaker, 7-2.

The second set followed the same pattern with Federer failing to convert the only break point of the set, and things looked dicey for the world No. 2 as he was two points away from going out at 6-all in the breaker. But he snuck out the last two points to send the match into a third set.

It was in the sixth game of the deciding set where Federer broke through, finally converting on his eighth break point of the match to go up 4-2, and he actually ended up winning the last nine points of the match—holding at love for 5-2 and breaking at love in the next game—to clinch it, 6-7 (2), 7-6 (6), 6-2.

Federer is now 21-3 in his career against Wawrinka (and a flawless 16-0 on hard courts).

Awaiting the No. 2-seeded Federer in this year’s semifinals will be No. 11 seed David Goffin, and though Federer leads Goffin in their head-to-head, 6-1, the Belgian’s only win actually came in the pair’s last meeting, a 2-6, 6-3, 6-4 victory in the semifinals of the ATP Finals last November.