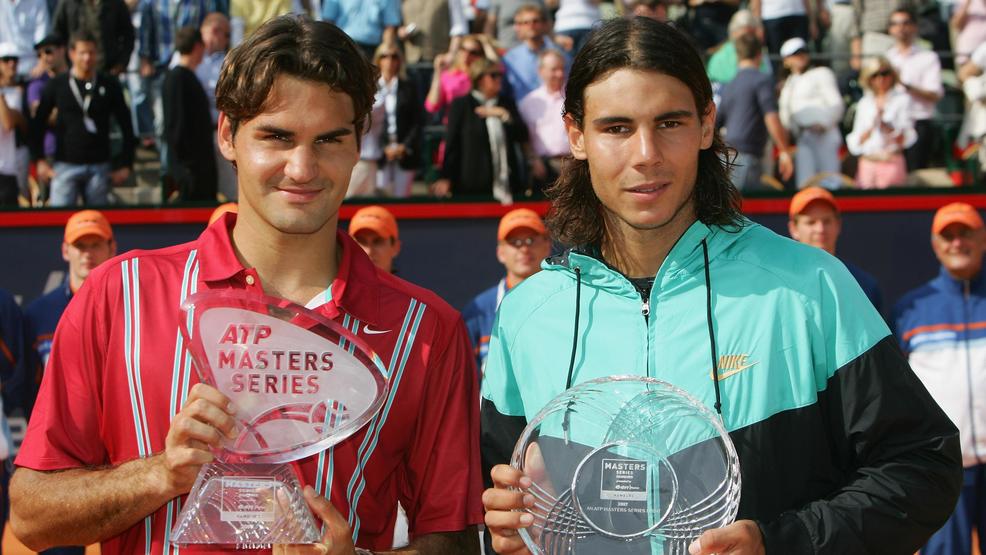 HAMBURG, GERMANY - MAY 20: Roger Federer of Switzerland and Rafael Nadal of Spain hold their trophies during day seven of the Tennis Masters Series Hamburg at Rothenbaum Tennis Centre on May 20, 2007 in Hamburg, Germany. (Photo by Stuart Franklin/Bongarts/Getty Images)

Federer Stopped An Unstoppable Nadal On This Day 10 Years Ago

HAMBURG, Germany - Roger Federer may not be playing the clay court season in 2017, but we have more than enough fond memories of him to keep celebrating him anyway - and 10 years ago, on May 20, 2007, he snapped Rafael Nadal’s insane 81-match clay court winning streak in Hamburg.

Nadal’s unbeaten run on his favorite surface had been going for more than two years - his last loss had come against Igor Andreev in the quarterfinals of Valencia all the way back on April 8, 2005. On top of that, he had never lost a final on clay - and he had never lost to Federer on clay, either.

And for a while it looked like he would continue all of those streaks. He raced through the first set, 6-2. But Federer mustered up some of the best clay court tennis he’s ever played, rebounding with his own 6-2 second set and then blanking Nadal in the third for a 2-6 6-2 6-0 championship win.

Check out highlights from the 2007 Hamburg final here:

“It’s an absolute breakthrough,” Federer said afterwards. “It’s just nice to be playing well again. It’s not that I was playing so badly, but it’s my first clay court title in a couple of years, so that’s great.

“I made more mistakes than usual,” Nadal commented. “But I came here and played some of my best tennis during the week, and I can’t be sad that I lost one match to the world’s best player.”

Nadal would get revenge a few weeks later in the French Open final: