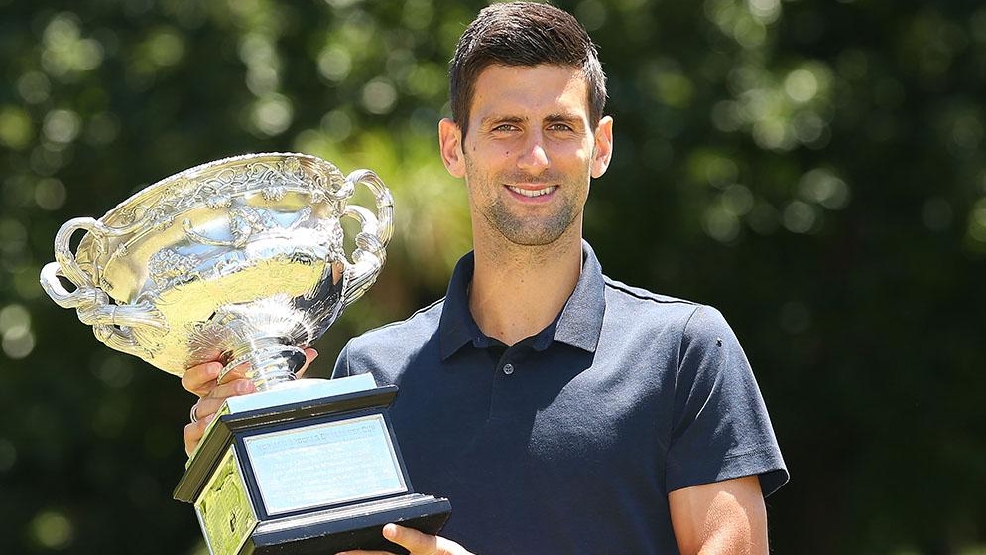 MELBOURNE, Australia - He may not be No.1 anymore, but there’s absolutely no doubt that Novak Djokovic is going to be a massive threat at the Australian Open - and here are five reasons why:

1. He’s won more Australian Open titles than any other man in the Open Era.

2. He’s only lost one match here in the last six years.

Djokovic has been almost unstoppable at Melbourne Park since 2011, winning 39 of his last 40 matches here - the only loss came against Stan Wawrinka in the 2014 quarterfinals. And Wawrinka had to go to the ends of the Earth to win that match, grinding out a marathon 2-6 6-4 6-2 3-6 9-7 victory in exactly four hours (Djokovic even finished with more points in the match, 161 to 153).

3. He’s not intimidated in the least by the rest of the Big Four here.

Djokovic probably won’t mind playing Murray, Nadal or Federer here - he’s a combined 9-1 against them on these courts (5-0 against Murray, 1-0 against Nadal and 3-1 against Federer). And he’s actually on a winning streak - since losing to Federer in the fourth round here in 2007, when he was still a teenager, he’s a combined 9-0 against the other members of the Big Four here.

4. If he gets a bit of a lead, he’s even more unstoppable here.

Djokovic is an incredible 52-2 here after winning the first set, the only two losses coming against Andy Roddick in the 2009 quarterfinals and Wawrinka in the 2014 quarterfinals. He’s even got a winning record after losing the first set here (5-4), and just forget it if he goes up two sets to love (44-0).

5. One time he had 100 unforced errors in a match here and still won.

In the fourth round last year, Djokovic had a bit of an off day against Gilles Simon - he hit exactly 100 unforced errors against the Frenchman - but after four hours and 32 minutes he still managed to escape with a 6-3 6-7(1) 6-4 4-6 6-3 victory. “It’s great that I managed to win the match considering the way I played - I think this is the most unforced errors I’ve made in my life,” Djokovic would say afterwards. “I wasn’t feeling great on the court but I managed to win, and I take that as a positive.”

Can anyone come between Djokovic and an historic seventh Australian Open title?