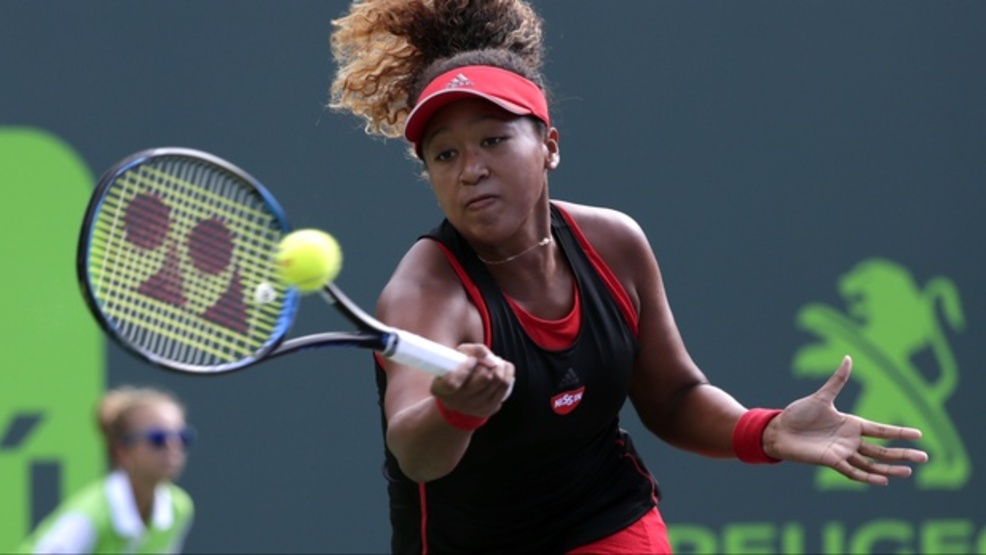 Five Takeaways from Osaka's 6-3, 6-2 Win over Serena in Miami

Fresh off a breakthrough at Indian Wells, where she won the first WTA title of her career at one of the biggest tournaments of the year, Naomi Osaka came out blazing in Miami on Wednesday. She took out one of the all-time greats—Serena Williams—in straight sets in her first-round match, winning 6-3, 6-2 in just over an hour.

1. Osaka put together Serena-like serving numbers. While both players were strong on their first serve points—Osaka won 78 percent of hers, Serena 76 percent of hers—at the end of the day it was Osaka who was unstoppable on her serve, holding all eight of her service games (Serena held five of nine).

The 20-year-old even out-aced Serena, seven to three (and had fewer double faults, three to five).

2. She played a much cleaner match. Serena and Osaka are two of the biggest hitters in the women’s game and Osaka had by far the tidier numbers of the two players on the day, finishing with a winners-to-unforced errors differential of plus-6 (18 to 12) while Serena finished at minus-12 (16 to 28).

Osaka actually got better as the match went on too—she finished the first set with an even differential (7 to 7) and hit more than twice as many winners as unforced errors in the second set (11 to 5).

3. She wasn’t intimidated by her childhood idol. Osaka has often pointed to Serena as her tennis idol growing up, but there was absolutely no sign of the nerves that usually go with that scenario on Wednesday. She won in straight sets and extended her career-best win streak to eight in a row.

“I was extremely nervous coming onto the court—I don’t know if anybody knows this, but Serena’s my favorite player,” she said in her on-court interview after the match. “Just playing against her is kind of like a dream for me, so I’m very grateful I was able to play her, and it’s even better I was able to win.

“I kind of wanted to impress her.”

4. She’s the lowest-ranked player ever to beat Serena in Miami. No woman has dominated Miami like Serena—she’s 75-9 here with a record eight titles—and coming into this match she was 41-0 here against players ranked outside the Top 20. But that’s all changed with this loss to the World No. 22.

All six of those players have won Majors (and all but Kuznetsova got to No.1—she got to No. 2).

5. It doesn’t get any easier from here for Osaka. Awaiting Osaka in the second round is the No. 4 seed, Elina Svitolina, who—like all 32 seeds this tournament—got a bye in the first round. Osaka has actually won two of her four previous meetings with Svitolina, though in their only meeting in the last year and a half—at Dubai just a few weeks ago—it was Svitolina who won in straight sets, 6-2, 6-4.