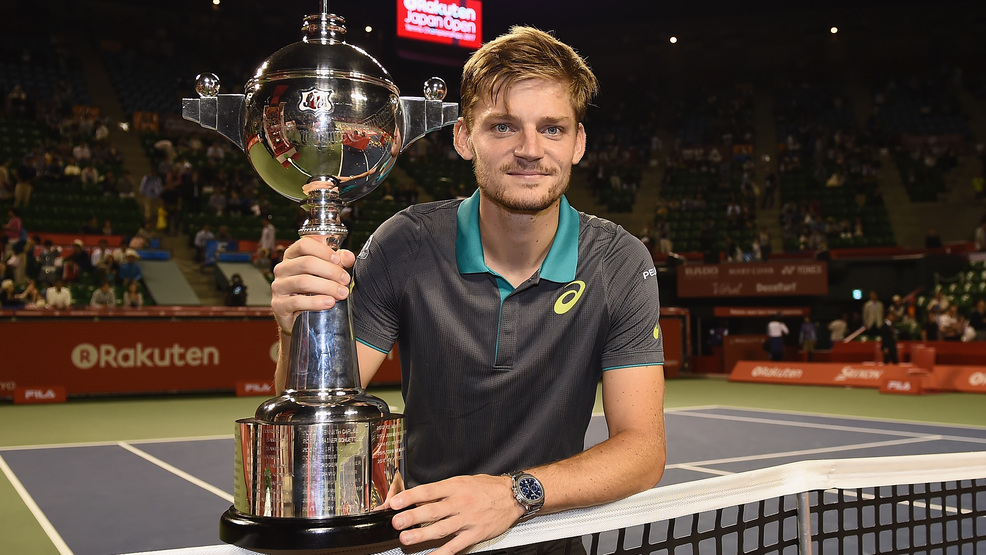 Thursday is David Goffin’s 27th birthday, so we at Tennis Channel thought we’d take some time out to celebrate one of the biggest breakthrough stars of the ATP World Tour season that just went by!

It didn’t take long for the breakthroughs to come for him this year, either, as Goffin was on fire early on, reaching the quarterfinals of the Australian Open and back-to-back finals in Sofia and Rotterdam.

That month in Australia and Europe was enough to give Goffin a big first - afterwards on February 20, he became the first Belgian man ever to reach the Top 10, and just the fourth Belgian player overall (Dominique Monami, Kim Clijsters and Justine Henin had done it on the women’s side).

His semifinal win over Pierre-Hugues Herbert in Rotterdam is the win that got him in the Top 10.

Over the next six months of the season he posted some strong results - most notably a run to the semifinals of the Masters 1000 tournament in Monte Carlo, where he scored his biggest at the time against a No.2-ranked Novak Djokovic. But Goffin brought back his early season form in the weeks following the US Open, winning back-to-back titles in back-to-back weeks at Shenzhen and Tokyo.

His week in Tokyo brought him the first ATP World Tour 500-level title of his blossoming career:

Then, of course, there was his magical week at the ATP Finals, where he beat both Rafael Nadal and Roger Federer en route to the biggest final of his career - he ended up falling to Grigor Dimitrov, but he had already become just the sixth man ever to beat Nadal and Federer at the same tournament (after Djokovic, David Nalbandian, Nikolay Davydenko, Andy Murray and Juan Martin del Potro).

Here are highlights from what became the new biggest win of his career over World No.1 Nadal:

With his run in London, Goffin moved up to a career-high No.7 in the world, making him the third-highest-ranked Belgian player in tennis history, male or female (Clijsters and Henin both got to No.1).

What does 2018 hold for the uber-talented Belgian? Stay tuned to Tennis Channel to find out