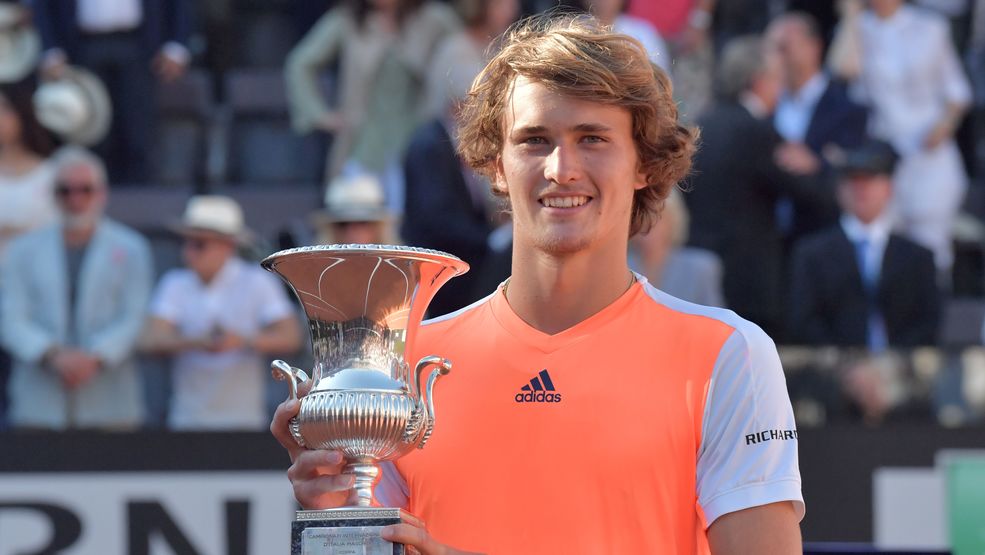 Alexander Zverev of Germany poses with the trophy after winning the ATP Tennis Open final against Novak Djokovic of Serbia on May 21, 2017, at the Foro Italico in Rome. / AFP PHOTO / Tiziana FABI (Photo credit should read TIZIANA FABI/AFP/Getty Images)

Here’s Everything Alexander Zverev Did By Winning Rome

ROME, Italy - We all knew he had a bright future, and that future is here. Alexander Zverev capped a breakthrough week Sunday, stunning Novak Djokovic to win the Internazionali BNL d’Italia in Rome.

Here’s everything the big-hitting young German achieved by conquering the Italian capital:

He won the biggest title of his career. It’s actually by far Zverev’s biggest career title, his first three coming at the ATP World Tour 250 level (St. Petersburg in 2016 and Montpellier and Munich in 2017).

His win over Djokovic was the biggest win of his career. Zverev had never beaten a Top 2 player, but he changed all of that with his 6-4 6-3 championship victory over the No.2-ranked Djokovic.

He’s actually the first player born in the 1990s to win a Masters 1000 title. He beat the likes of Milos Raonic, Dominic Thiem and many more to the milestone - and Zverev was born in 1997, too.

He’s also No.4 in the Race To London. Zverev now only trails Rafael Nadal, Roger Federer and Thiem in the year-long race to the ATP World Tour Finals in London, which will be held in November.

He’s the fourth German to win a Masters 1000 title. Boris Becker, Michael Stich and Haas are the other three - Haas was the last German to win one and that was 16 years ago at Stuttgart in 2001.

And beyond everything he achieved in Rome, Zverev could be even more dangerous in Paris:

“Even though I won this title, I will be back on the practice courts very soon trying to improve my game,” he said after his win over Djokovic. “I’m trying to get better and accomplish even more.”