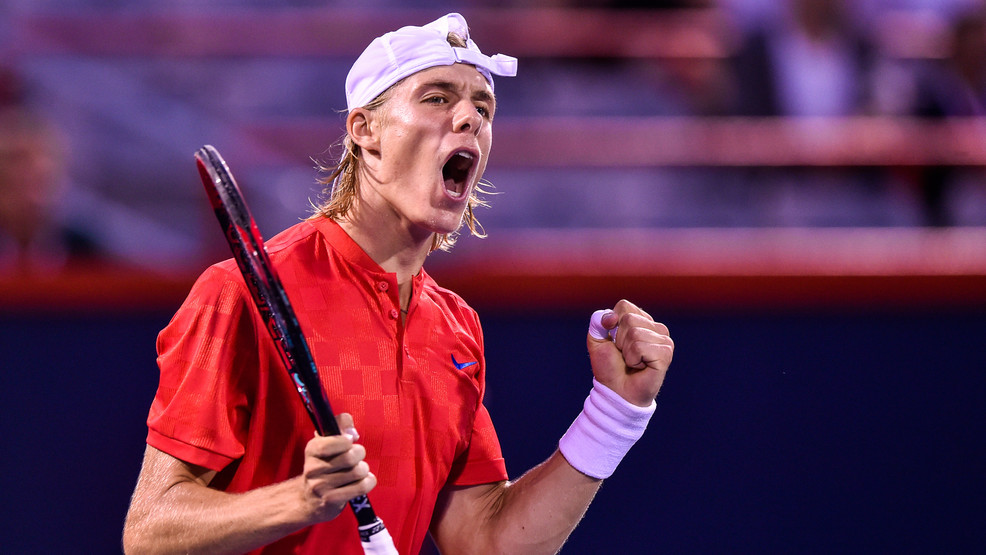 Here’s Why Denis Shapovalov Is Probably a Future No.1

Canada’s Denis Shapovalov had a breakthrough 2017 - not only did the 18-year-old reach his first Masters 1000 semifinal at the Rogers Cup in Montreal, beating then-World No.2 Rafael Nadal along the way, but a few weeks later he reached the second week of a major for the first time in New York.

If that win over Nadal and his run at the US Open are anything to go by, No.1 is in his future.

The reason? Age-wise, he’s actually beaten most of the Big Four to both of those milestones.

Let’s start with Shapovalov’s win over Nadal - at age 18, his first career win over a Top 2 player:

Only one of the Big Four got their first career Top 2 win at a younger age than Shapovalov, and it was actually Nadal, who - at age 17 - defeated a No.1-ranked Roger Federer at Miami in 2004.

The other three members of the Big Four didn’t get their first wins over Top 2 players until they were at age 19 (Federer beat a No.2-ranked Marat Safin at Rome in 2001, Andy Murray beat a No.1-ranked Federer at Cincinnati in 2006, and Novak Djokovic beat a No.2-ranked Nadal at Miami in 2007).

In his next tournament, Shapovalov qualified and then made it all the way to the fourth round of the US Open, upsetting Jo-Wilfried Tsonga along the way before falling to Pablo Carreno Busta.

He’s younger than any of the Big Four when they made their first second weeks of a major.

So, in conclusion, if comparing where he is now in terms of those two milestones to where Federer, Nadal, Djokovic and Murray were at his age, Shapovalov is statistically on track to become No.1.

Oh, and to win some majors, too.