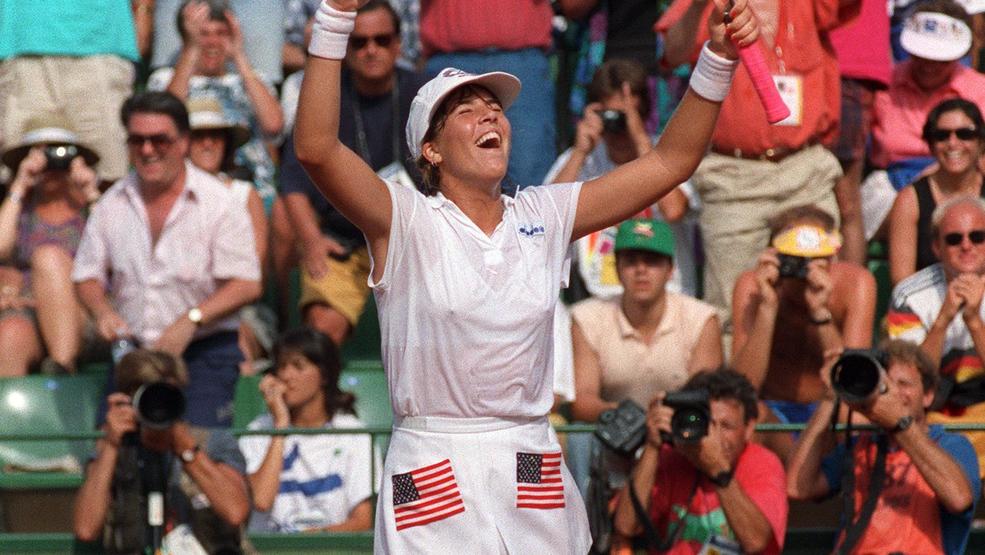 BARCELONA, Spain - On August 7, 1992, exactly 25 years ago to this day, a 16-year-old Jennifer Capriati made history, conquering Steffi Graf to win the gold medal at the Barcelona Olympics.

She was young, but she wasn’t a longshot by any means - she was the No.3 seed at the Olympic Tennis Event that year. But she had to battle through an absolute wall of top players just to make it to the gold medal match, first out-hitting the No.7 seed, Anke Huber, in the quarterfinals, 6-3 7-6(1), then grinding past No.2 seed and home favorite Arantxa Sanchez-Vicario in the semifinals, 6-3 3-6 6-1.

And so, the gold medal match - and it was even more of a grind. After dropping the first set to one of the greatest front-runners the game had ever seen, Capriati dug her heels in and clawed her way back, overcoming the No.1-seeded Graf, who was also the defending gold medalist, 3-6 6-3 6-4.

“It was so emotional,” Capriati told the New York Times about how she felt when the national anthem played during the medal ceremony. “I had the chills the whole time. I just couldn’t believe it. All week I watched the other athletes up there and I was with them and I thought, ‘Wow, that would be so cool.”

And here are some throwbacks to the day Capriati put the gold medal around her neck in ’92:
- Jim Courier and Monica Seles were the World No.1s.
- Andre Agassi had just won his first major at Wimbledon.
- The current women’s No.1, Karolina Pliskova, was four months old.
- Selena Gomez was two weeks old.
- And this timeless power ballad was topping the charts: