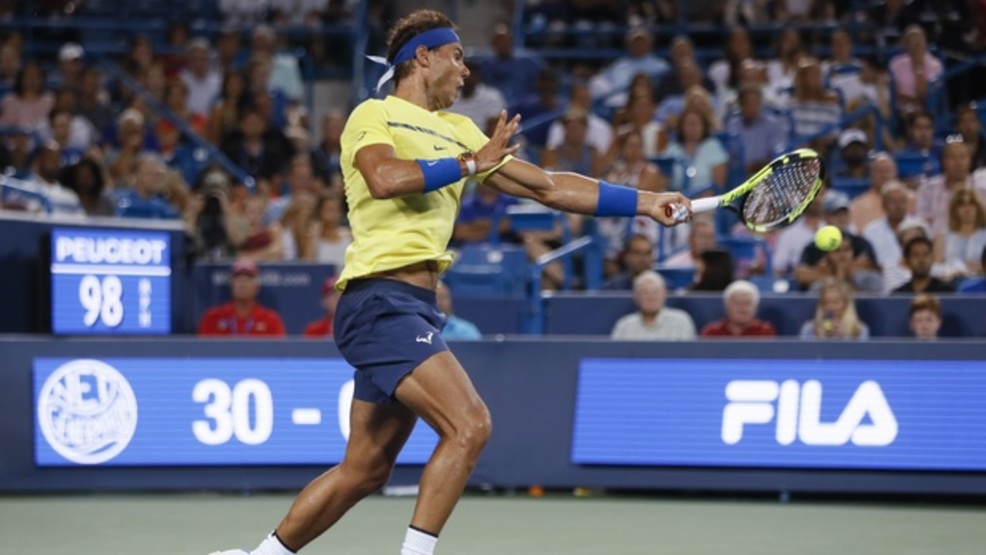 Rafael Nadal began his fourth stint at No. 1 on Monday. (AP)

10 Things to Know About Rafael Nadal Returning to No. 1 in the World

Here are 10 things to know about the Spaniard’s return to the top of the ATP World Tour rankings:

4. He will now begin his 142nd career week at No. 1: Those first three stints totalled 141 career weeks—the first one was 46 weeks, the second one was 56 weeks and the third one was 39 weeks.

6. He got No. 1 back in Cincinnati without even hitting a ball: Nadal and Federer were going to battle for No. 1 in Cincinnati, but with Federer withdrawing right before the tournament due to a back injury, Nadal was guaranteed of the top spot regardless of how he did at the Masters 1000 event.

9. But No. 1 will be on the line again at the U.S. Open: Federer and Andy Murray will both have a shot at taking No. 1 back from Nadal in New York, but the Spaniard has it for at least three weeks now.

10. The Big Four maintains its No. 1 stranglehold: This week will be the 707th week in a row that Nadal, Federer, Djokovic or Murray will be No. 1 (ever since Federer first got it on February 2, 2004).