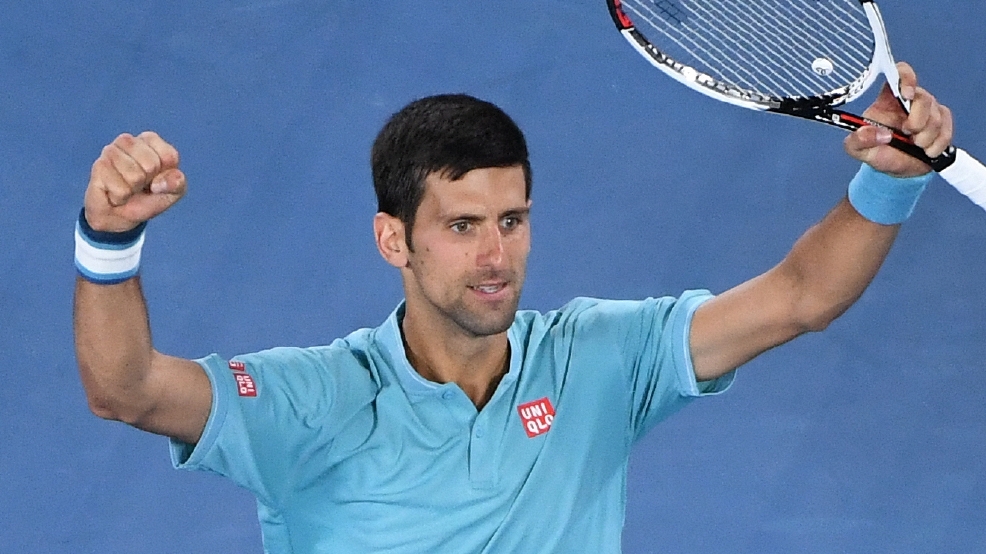 Djokovic: Rebound Within a Rebound

NIS, Serbia - Even the all-time greats have their off-days, and two weeks ago at the Australian Open it was Novak Djokovic’s turn - having won the title five of the six previous years, and six times overall, he watched on as inspired Uzbek Denis Istomin bundled him out of the tournament in the second round. It was his earliest loss at a Grand Slam since Wimbledon in 2008 - 34 majors ago.

But it didn’t take the World No.2 too long to rebound, and within it there was even a mini-rebound. In his first match of the first round Davis Cup tie between Serbia and Russia on Friday, held on his home soil in Nis, Serbia, Djokovic dug out of a 6-3 3-0 hole to defeat Daniil Medvedev, winning 13 of the next 15 games before the young Russian had to retire at 3-6 6-4 6-1 1-0 down due to cramping.

So while that Australian Open winning streak may have come to an end, for now, his Davis Cup winning streak continues. He’s now won 11 singles matches in a row at the team competition, and 18 of his last 19, his only loss this decade coming by retirement against Juan Martin del Potro in 2011.

Djokovic discussed his pride for playing Davis Cup during the draw ceremony this week.

“We don’t get too many chances throughout the year to represent our country. This is basically the only official team competition we have in tennis,” Djokovic said. “I have really close and friendly relationships with all of my teammates. We’ve known each other for our entire lives. So coming back to the Davis Cup week and the national team feels like coming back home and being with family.

“That kind of atmosphere carries us to get the maximum out of our efforts in every sense.”

And could that second set turnaround have bigger implications for Djokovic’s 2017 season?

“I actually always try to take the best out of these weeks for my individual career as well,” he said.

Djokovic will have a day off on Saturday as the doubles rubber is played, and he’ll return on Sunday to take on Karen Khachanov in the reverse singles rubbers. Serbia is already up 2-0 after Friday, with Viktor Troicki saving match point to edge the hard-hitting Khachanov in five, 6-4 6-7(3) 6-3 1-6 7-6(6).

And then, after a few weeks off the tour, Djokovic will resume his 2017 season at back-to-back ATP World Tour Masters 1000 stops in Indian Wells and Miami, where he’s been rewriting history lately - he’s swept both titles the last three years and four times overall, in 2011, 2014, 2015 and 2016, which is the most times any player in history has won both tournaments back-to-back in the same year.