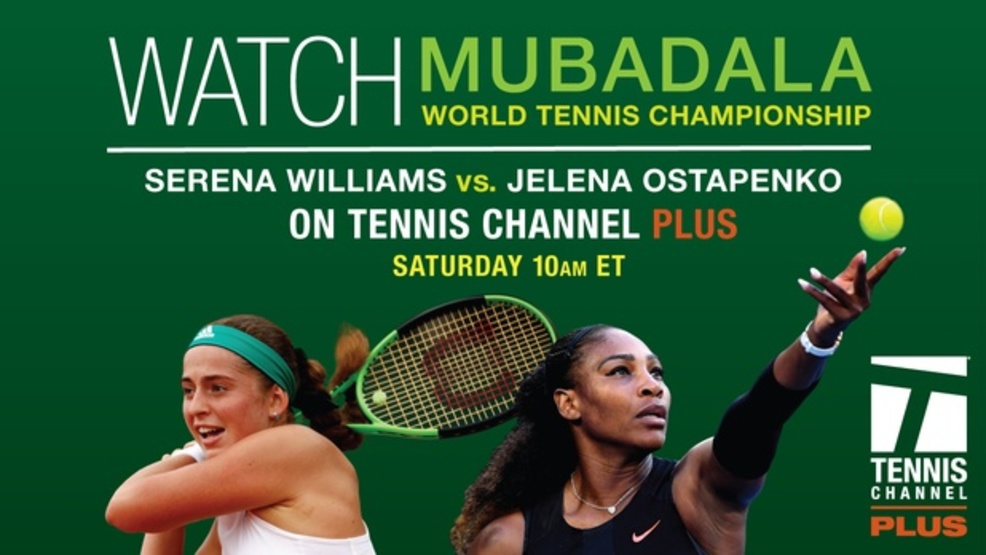 Serena Williams will play her first match since the Australian Open final—and since the birth of her first child—in Abu Dhabi against French Open champion Jelena Ostapenko. (Tennis Channel)

The 2017 season saw some incredible revivals and fantastic breakthroughs, but a number of big names barely played even half the season. Or, in the case of the biggest name of them all, Serena Williams, barely played a month.

That's because the Australian Open champion left the tour after winning her 23rd Grand Slam singles title to give birth to her first child. She plays her first match since then on Saturday, at the Mubadala World Tennis Championship in Abu Dhabi, against Jelena Ostapenko, last year's French Open champion. Watch it live on Tennis Channel at 8 a.m. ET.

In addition to Williams' comeback, three* other big names will return to action this week, each from injury-related absences:

1. Andy Murray, in Brisbane: The last tournament Murray played was Wimbledon, where—as the defending champion—he fell to Sam Querrey in the quarterfinals in a tough five-setter. He was ranked No.1 at the time, but has since fallen to No. 16, his lowest ranking since 2008, due to inactivity.

The Brit will make his comeback from injury at the Brisbane International, where the two-time champion is 9-0; he won back-to-back titles in 2012 and 2013.

*2. Novak Djokovic, in Doha: Like Murray, the last tournament Djokovic played was Wimbledon, where he also fell in the quarterfinals. The Serb retired against Tomas Berdych due to a right elbow injury that would eventually keep him out for the rest of the season. The reason for the asterisk? On Friday, Djokovic withdrew from the Mubadala World Tennis Championship in Abu Dhabi with a recurrence of pain in his right elbow.

Djokovic started last season at No. 2 and finished it No.12. Should he play Doha, Djokovic will be returning to the game at one of his best tournaments—he’s the two-time defending champion in Doha, having beaten Rafael Nadal in the 2017 final and Murray in the 2017 final.

3. Milos Raonic, in Brisbane: While Murray and Djokovic started 2017 at No. 1 and No. 2 and fell out of the Top 10 by season's end, the ATP No. 3 at the start of the year—Raonic—had an even tougher time with injuries, not just exiting the Top 10 but also the Top 20. He finished the year ranked No. 24.

Having already missed several big tour stops due to right leg and left wrist injuries, including the US Open, the Canadian had to end his season after Tokyo in September due to a right calf injury. He begins his 2018 campaign in Brisbane, where he won the title in 2016 (beating Roger Federer in the final).

Then there's Nadal, who pulled out of Brisbane on Thursday. The Spaniard didn’t miss any big chunks of the 2017 season—on the contrary, he played nearly the entire year. But he struggled with a right knee injury in the fall, withdrawing from Basel and then pulling out of both the Paris Masters and the ATP Finals, mid-tournament. Has his knee recovered in time for 2018?