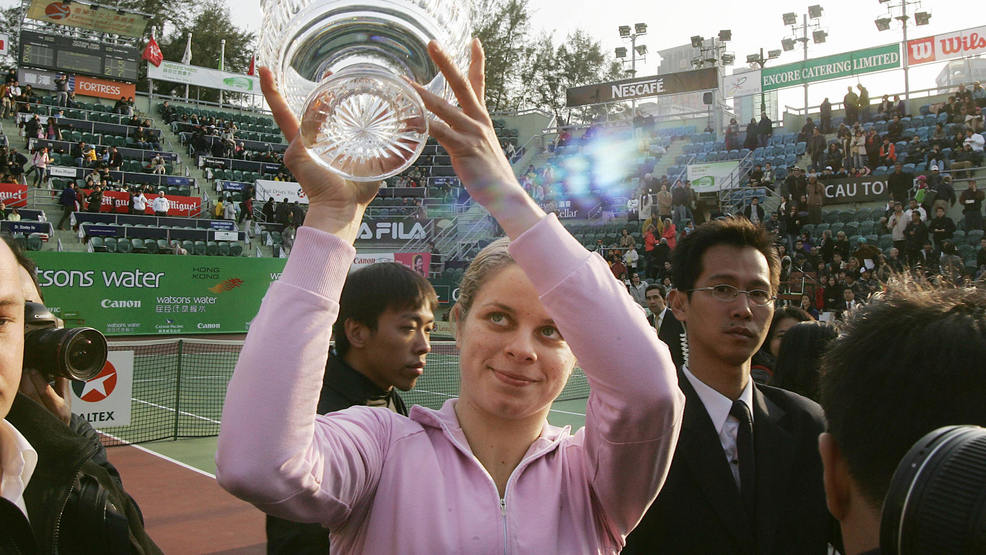 Kim Clijsters Became No.1 on This Day

After an absolutely phenomenal 12-month stretch highlighted by nine titles (including the 2002 WTA Finals) and six finals (including the 2003 French Open), Clijsters ended Serena Williams’ 57-week reign at No.1 and became the first Belgian tennis player ever, male or female, to hit the top spot.

Clijsters’ win over Lindsay Davenport in the final of Los Angeles that summer put her over the top.

“It’s a feeling I cannot really describe,” Clijsters told the L.A. Times. “Even out there on the court when it happened, I was really happy, and I had all these butterflies in my stomach and goosebumps.

“No one will ever take that away from me, no matter what will happen the rest of my career.”

Here are highlights from the win that propelled Clijsters to No.1 - the 2003 Los Angeles final:

Clijsters may not have had a Grand Slam title when she first got to No.1, but she would eventually pile up a slew of them - four to be exact - at the US Open in 2005, 2009 and 2010, and the Australian Open in 2011. Amazingly the last three of those majors came after she’d given birth to her first child.

Even more amazingly, she got back to No.1 as a mom - the week of February 14, 2011, Valentine’s week - and she’s the only player in tennis history to rank No.1 in the world after becoming a mom.

Here’s Clijsters on it all, from her International Tennis Hall Of Fame induction earlier this summer:

And here are a few throwbacks to August 11, 2003 - the day Clijsters hit No.1:
- Andre Agassi was the men’s World No.1
- Roger Federer had just won the first of his 19 majors at Wimbledon
- Kill Bill: Volume 1 and Scary Movie 3 were just weeks away from hitting theaters
- And this banger was No.1 on the charts: